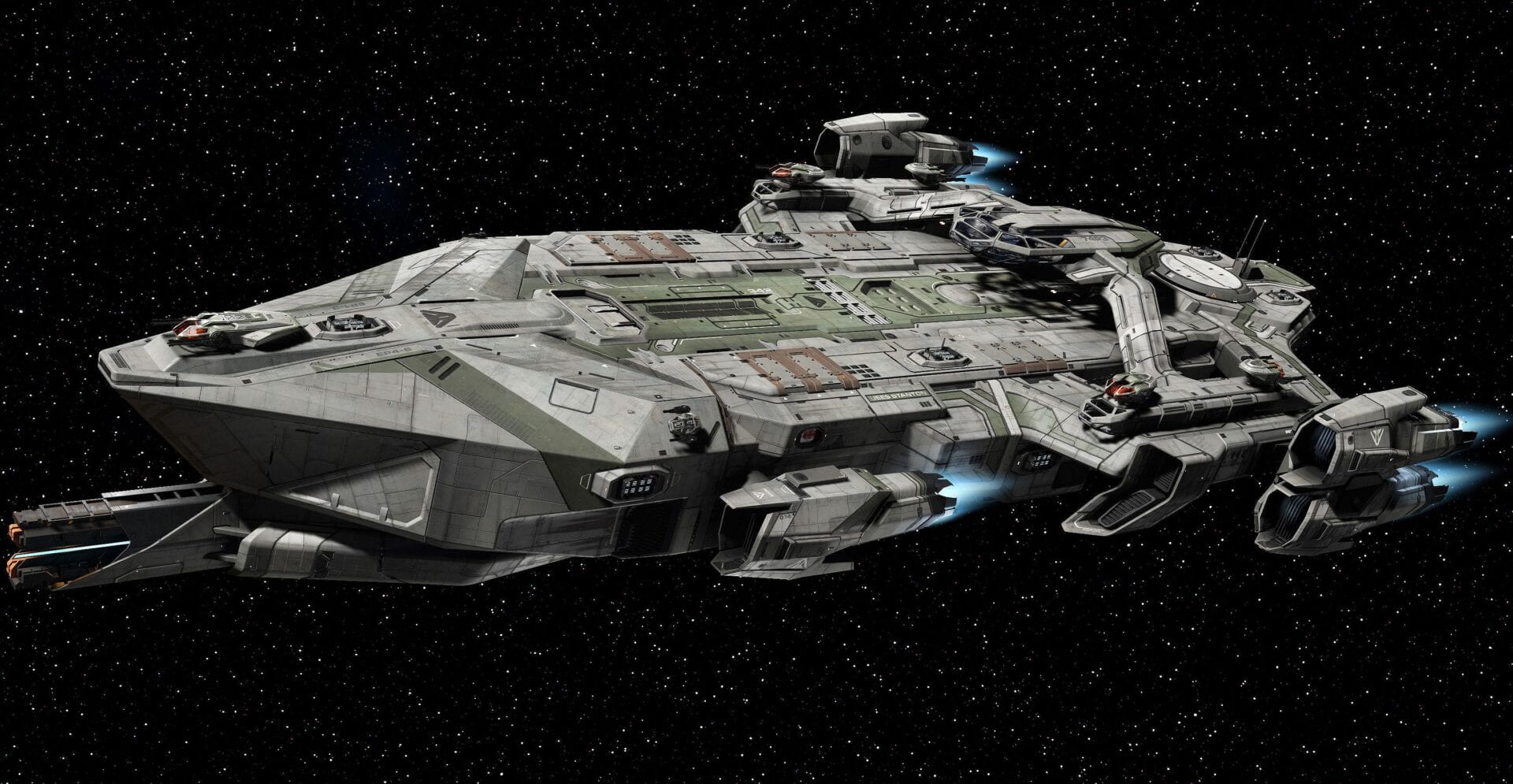 The latest update to Star Citizen brought an interesting feature in the form of what’s essentially the growing game’s first “raid boss.”

A sizable chain of missions leads the player to face down an Idris-class frigate, which is a rather massive (242m-long) capital ship armed with a deadly railgun that can blast smaller ships out of the sky from 40 km away.

Of course, destroying it isn’t easy, but it certainly rewards players with a spectacular explosion.

You can check out a few videos below from YouTube users Morphologis,
BoredGamer, and Star Citizen Jorunn.

The third video is especially interesting as it shows two Isris frigades duking it out. Given Star Citizen’s nature as a sandbox game, it was inevitable that some players managed to steal the ship and turn it against its masters.

That being said, the ship will be implemented for players to use (without stealing it) at a later time, and it won’t even be the biggest available.

In other Star Citizen news, we learned today that 2020 was a record year for Star Citizen’s successful crowdfunding campaign, shattering the previous record from 2019.

More insight about the game’s successful year and what can be expected going forward was shared by Cloud Imperium Games CEO Chris Roberts himself a couple of weeks ago.

If you want to learn more, we recently saw a really lovely cinematic trailer. On top of that, we recently heard that a new studio has been opened to create new systems and content for Star Citizen.