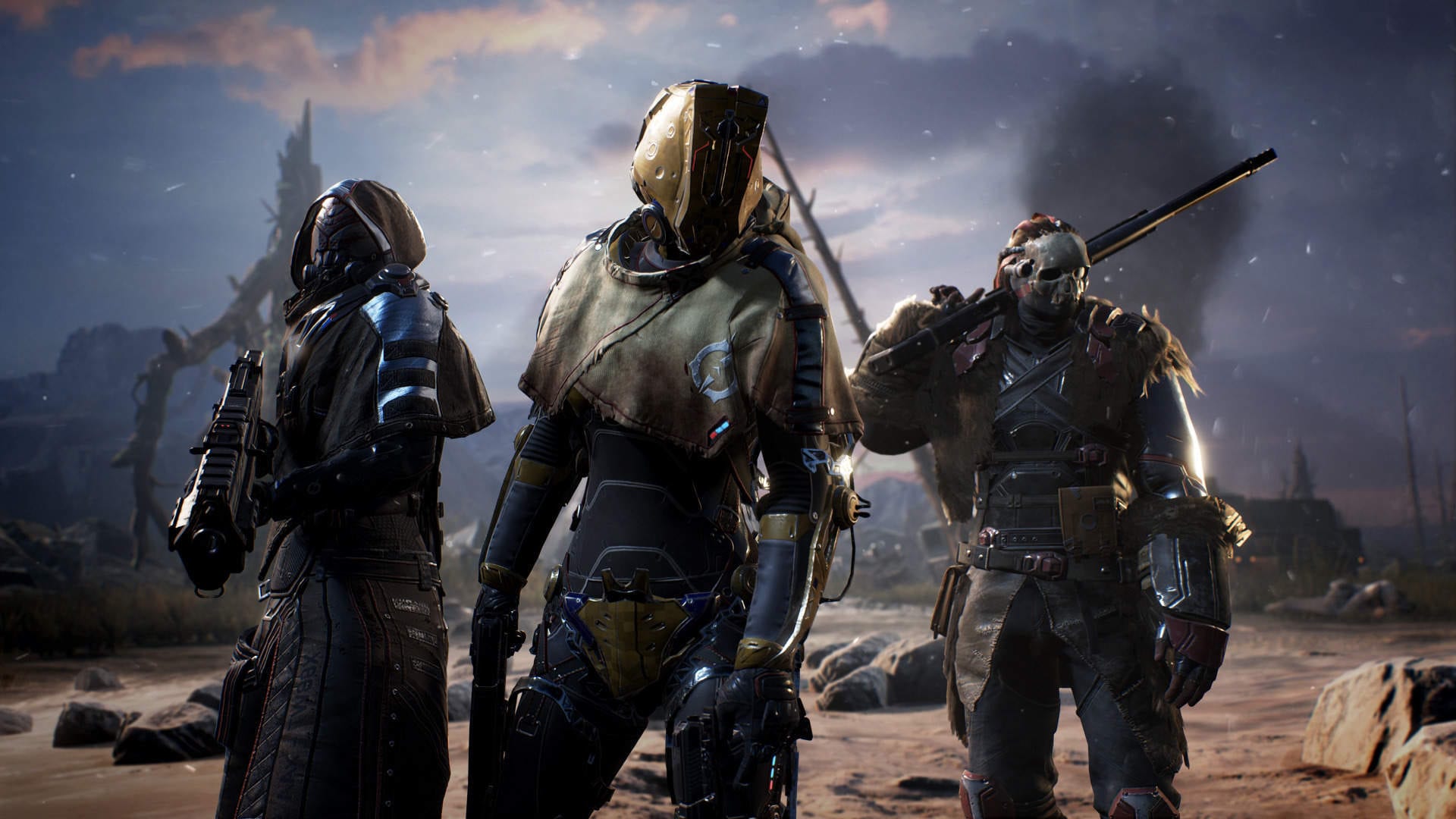 Today, developer People Can Fly shared the news that its upcoming third-person looter shooter Outriders would be delayed a couple of months from its Feb. 2 release date to April 1. And before you ask, no, it already confirmed that this was no April fools!

The good news for fans is that they won’t have to wait too much longer to get their hands on at least a small slither of Outriders for themselves. As part of the delay announcement, the developer announced that a free demo would be released on Feb. 25. It offers the chance to “play the first few hours of the game with all four classes — in both single-player and co-op — along with seamless migration of your character and progress to the full game.”

On the surface, this isn’t some major groundbreaking move for a large multiplayer game to make. Destiny 2 and The Division 2, for example, both had open beta phases allowing players to explore their worlds and check them out for themselves ahead of launch.

Yet, there’s no getting away from the fact that it’s a consumer-first practice we still don’t see enough of, which feels particularly relevant after the disastrous launch of CD Projekt Red’s latest action-RPG. In fact, I actually think there might be an underlying, distinctly Cyberpunk 2077-shaped reason driving the decision to issue a free demo even beyond the obvious marketing value.

Let’s rewind a month. On Dec. 7, Cyberpunk 2077’s reviews went live and were fairly glowing and reflective of a PC build that, while certainly featuring its fair share of bugs, was in far better shape than the console builds that hadn’t yet been made available. Alas, when base PS4 and Xbox One players got their hands on the game on Dec. 10, they were met with woeful performance, inferior visuals, and a plethora of bugs that were also present in the PC build.

It was a complete car crash of a game launch, and while CD Projekt Red promised — and has done a solid job so far — to rectify some of these issues, the damage was already done. A mass refund program commenced, allowing players to get their money back, regardless of how much of the game they’d played, what platform they purchased it on, and how long after their purchase they requested the refund.

With this context, looking at the Outriders delay message again comes across a whole lot differently, right from the second sentence.

“We believe it’s important that players get to experience a new IP like Outriders before release, so that you can decide for yourselves whether the game is something you wish to pre-order, purchase or play.”

Giving players the ability to play the first few hours — even if it is a fine-tuned vertical slice — still feels like a means of side-stepping the same potholes that Cyberpunk 2077 so heavily suffered from.

Combine that with the fact it’s available to all and not locked behind any sort of pre-order paywall — given Cyberpunk 2077 broke even based on digital pre-orders alone — and the evidence that this is at least taking into account CDPR’s woes mounts further.

Could this be a means of simply tiding players over and avoiding possible backlash to news of the delay? Absolutely, but given the backdrop of Cyberpunk 2077’s disastrous launch and what is possibly the largest refund incident in the history of video games, it’s difficult not to connect the dots.

Regardless of the reasoning behind People Can Fly’s decision to delay Outriders and provide a free demo to all, this cannot be spun in a negative way for the developer. We, as the players, can only win in this situation. If you like the demo, great, go ahead and put your money down. If you don’t, you can avoid sinking $60 into a title that’d only bring you disappointment and a potential refund headache.

People Can Fly has laid its cards on the table early, and it’s time other developers begin to follow suit.