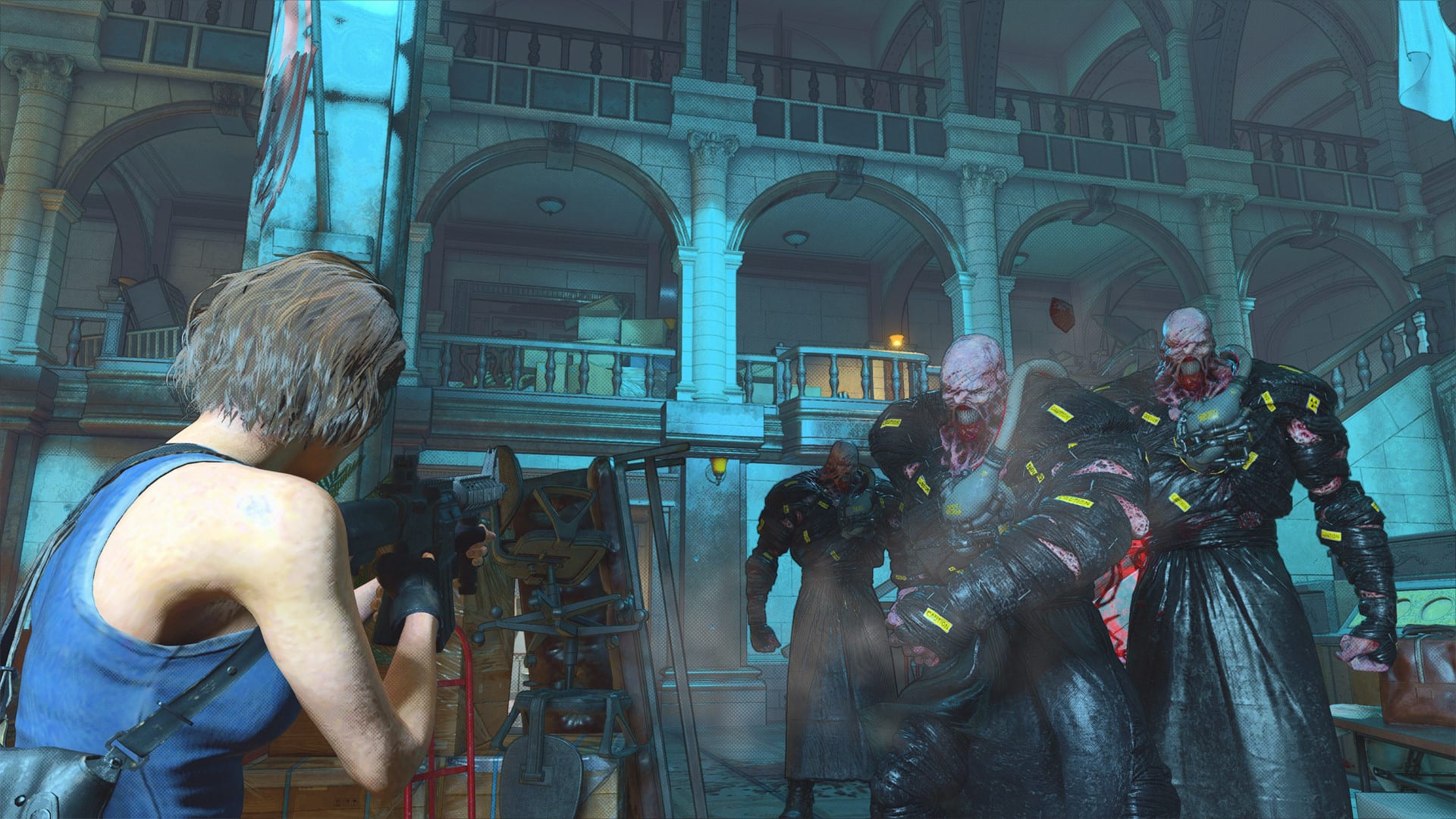 I missed watching Capcom’s big Resident Evil showcase live last week in favor of an early night, and rolling out of bed on Friday morning to catch up I’m confident I made the right call. The five-minute showcase of Village was fine, certainly, but for a much-hyped anniversary event, I found the rest of it decidedly underwhelming.

Particularly, that ghastly-looking… well, whatever Re:Verse is. I had to take a second to rub the sleep dust out of my eyes and watch it a second time to make sure I wasn’t still half asleep and in the depths of a lucid night terror.

But no, we really are getting a cel-shaded, third-person multiplayer shoot em’ up — one that pitches the intrigue of its premise with a bizarre showdown between two beloved protagonists, which seems out of place and silly.

Re:Verse is deliberately off the wall, of course, but in a way that looks ridiculous rather than interesting or inventive. If anything, my impression of this (rather janky) first glimpse of Re:Verse is that it lacks any sort of clever design and instead looks like a Frankenstein mash-up created in some forgotten corner office of Capcom’s basement floor.

Who on earth thinks up this rubbish? I thought Capcom was on the turn after the brilliant Resident Evil 2 Remake, and then we got a half-baked sequel with a standalone multiplayer game nobody asked for, and now this.

I can’t shrug the feeling that for all Capcom’s resurgence in recent years it’s starting to slide again, and largely because it seems intent on refusing to keep an ear to the ground and listen to what its fans want.

I’m half expecting Ethan Winters to start punching boulders at this point. Ok, that was a bad joke. Village, like Biohazard before it, is a compelling new take on Resident Evil that serves as an impressive showcase of its developer talent, even if it doesn’t really feel like Resident Evil to me.

But when it comes to multiplayer, if we must indeed even have Resident Evil multiplayer, for goodness sake, Capcom, go back to basics. Look to the past for inspiration; give us the Mercenaries mode we were denied in Resident Evil 3 Remake.

At the very least, give us a robust co-operative experience that plays to the strengths of the series as the excellent Outbreak did back in the PS2 era. As a fan, I want story-driven content that expands the Resident Evil universe in meaningful ways, not silly mashups that actually sully the classic games, even if they’re not canonical.

I know other fans are on a similar wavelength. Just look at the like to dislike ratio on Re:Verse’s YouTube trailer. The comment section is overwhelmingly negative, too, while Reddit threads are full of disheveled fans crying out for a return to either of the two concepts I mentioned earlier.

Nobody seems to have any faith that Re:Verse is likely to deliver a compelling multiplayer experience.

And why should they? Remember Resident Evil: Resistance, Capcom’s last ill-fated multiplayer effort I alluded to earlier. At the time of writing, it’s being played by just 195 people according to Steam Charts.

At its zenith, it barely topped 4,000 peak concurrent players and hasn’t hit a grand since May of last year, a month after launch. That’s a particularly poor performance when you consider it launched in tandem with Resident Evil 3 Remake, a $60 game that took five hours to beat and offered little replay value.

Worryingly, Re:Verse actually looks far less compelling than Resistance, which at least boasted a design that was both interesting from a gameplay standpoint and felt appropriate in relation to the premise of the wider game (escaping Raccoon City).

Re:Verse, by comparison, completely misses the mark. A PvP shooter makes absolutely no sense in the context of Resident Evil, and just seems lazy and lacking in focus as a design. Honestly, it feels like an effort to reap a high return on a low investment; to squeeze some extra money out of leftover assets.

What is it going to take for Capcom to learn that attempting to make their own Dead by Daylight isn’t a quest Resident Evil fans are willing to entertain?

Here’s hoping the inevitable crashing and burning of Re:Verse is the last straw before it gives in and gets busy making the considered, high quality co-operative multiplayer I know its team is capable of delivering.