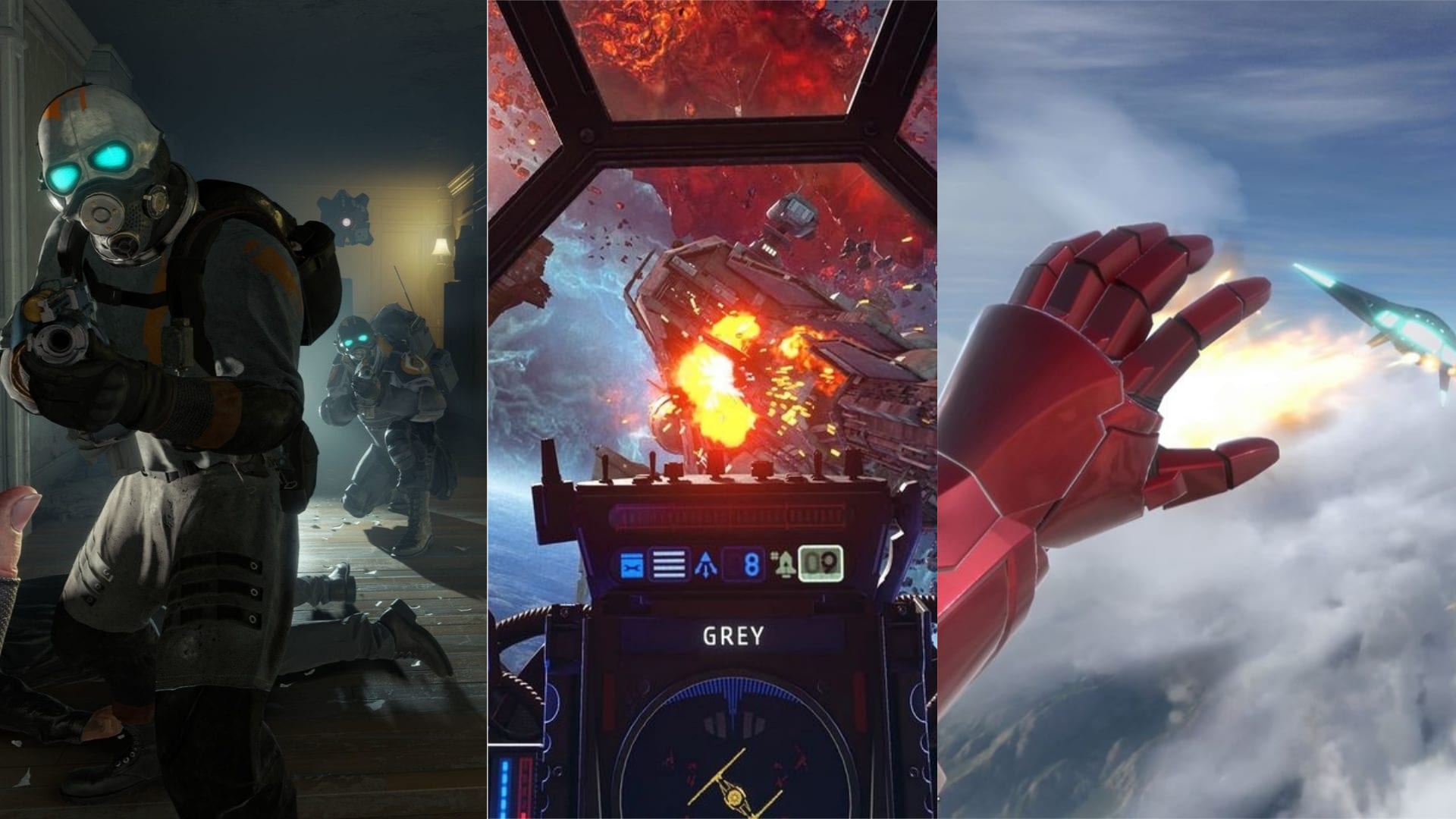 It’s finally award season here at Twinfinite! Over the month of January we’re going to look back at our favorite games of 2020. That includes the real cream of the VR games crop the year has seen. These are the best VR games of 2020.

Voted on by our editors, these were the VR titles that stood apart from the pack. So, without further ado, let’s check out our top two picks!

Guides Editor Chris Jecks: When the VR platform began to take off, there were a few experiences that immediately spring to mind that we just had to try. One of those was, of course, becoming Iron Man.

Iron Man VR allowed us to do just that, and while the flying controls certainly took some getting used to, there were few experiences that felt quite so satisfying as lasering down bad guys in the suit as you’re speeding through the air.

Over the course of the campaign, there was an ever-increasing sense of power, as you unlocked more abilities and weaponry to strengthen your arsenal from mission to mission. Customizing your suit to how you’d always imagined it would be. A personal highlight being the Micro Swarm of rockets that quickly dispatched large groups of enemies with

The game wasn’t content with just showcasing the glitz and glam of Iron Man’s lifestyle, however. It also gave us the opportunity to get a closer look at the man inside the suit, his relationships and what made him tick.

Admittedly, Iron Man VR wasn’t quite as polished as we’d hoped, most likely held back by the finnicky motion tracking of the PlayStation Move controllers. The core experience here, though, is pretty fantastic, if only it had a little longer in the metaphorical oven, and the VR tech powering it was truly befitting of Iron Man himself.

Guides Editor Chris Jecks: Sometimes, VR integration in non-VR games can feel like an after-thought. It isn’t optimized brilliantly, motion sickness can be a real issue, the controls just don’t feel right, or the mode itself is lackluster. That’s not the case in Star Wars Squadrons.

The entire single-player campaign and multiplayer modes are available to play entirely in VR, allowing you to realize your wildest dreams of piloting a TIE-Fighter, X-Wing, or any of the other starfighters present in the game.

While the controls remain the same, slipping a VR headset over your head and being placed inside the cockpit of your chosen ship is one of the most immersive experiences I had the joy of checking out in 2020.

There’s no janky motion controls breaking the immersion and no fears of puking all over your living room when you’re performing a barrel roll or other evasive maneuvers at high-speeds while escaping an enemy in pursuit.

Developer Motive Studios knocked Star Wars: Squadrons’ VR support out the park, and it’s made it difficult to play the game on my TV when I’ve returned for a quick multiplayer game in the past.

Squadrons shows the power of VR in helping us realize our wildest dreams, no matter how ‘out there’ they may be in reality. Now, let’s get more of that starfighter combat please Motive Studios!

Guides Editor Chris Jecks: One of the biggest issues with the VR realm since its inception has been the lack of fully-fledged titles. While games like Moss have offered short, but sweet adventures, few offer the same kind of longevity that traditional video games do.

In 2020, Valve looked to set that straight, with the most premium, AAA VR experience available on the market. And what better franchise to resurrect than Half-Life?

Half-Life: Alyx takes place between the events of Half-Life and Half-Life 2, putting players in the shoes of Alyx Vance, the daughter of Eli Vance from the original titles as you fight back against the alien race known as the Combine as they try and corral the remaining human’s on Earth.

With stellar voice-acting work — in particular that of Rhys Darby as Russell — and some of the best visuals in a VR game I’ve had the pleasure of experiencing, Half-Life: Alyx manages to avoid many of the potholes that other VR titles fall straight down.

Movement is intuitive and avoids the motion sickness feeling so many others can cause players to encounter, the use of VR controls is ingenious and the satisfaction of reloading your pistol in a panic by grabbing the ammo clip out of your backpack and slotting it into the bottom of the weapon before pulling of a headshot cannot be understated.

The environmental puzzles make good use of the VR tech itself, and the physics systems allow for some really clever ways of approaching combat. Need some cover on the move? Pick up a barrel and advance forward, peering over the top and firing off shots on-the-move.

The enemy AI itself actually feels intelligent, too. Groups will often try to flank your position, forcing you to look for a new safe-haven amidst the chaos.

They’ll peer out of cover, or advance on your position before retreating as you fight back, finding your blind spot to catch you off-guard once you think the coast is clear.

And of course, it can’t be understated how monumental Alyx is in it finally advancing the Half-Life story 13 years after the release of Half-Life 2. Players have been calling out for Half-Life 3 for over a decade, and Alyx was worth every darn second.

If you’ve got a PC and VR headset capable of experiencing Alyx, you truly owe it to yourself to check it out. It’s like no other VR game that you can play right now, and I imagine for years to come.