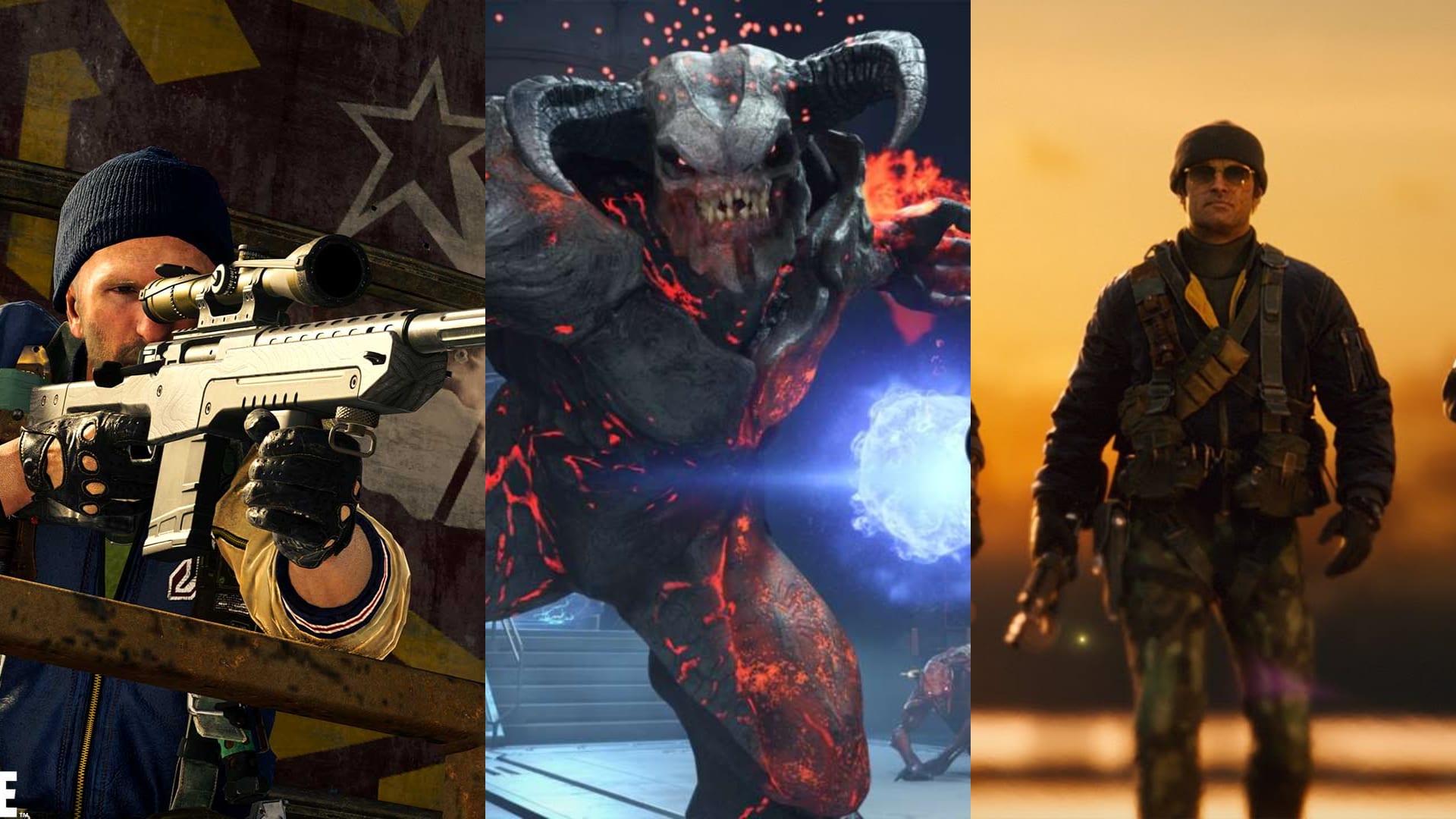 After a long year, it’s finally awards season here at Twinfinite and throughout this month we’re going to look back at our favorite games of 2020. The shooters genre has had a strong year, but here’s our breakdown of the best shooters of 2020.

Voted on by our editors, these were the shooters that stood apart from the pack. We considered both first-person and third-person shooters, so let’s take a look at the best of the year.

Senior Editor Alex Gibson: When Riot Games first announced it was entering the FPS scene with “Project A,” I’m certain I wasn’t the only one raising an eyebrow. After all, the developer’s one and only game at the time was a MOBA –hardly a transferable skill set.

But just as Riot managed to find success cloning a popular blueprint with League of Legends, so too has it done so with Valorant. This time, it was Counter-Strike’s design that served as heavy inspiration, with a sprinkling of Overwatch’s hero play to help the 5v5 attack/defend the bomb site loop stand apart.

The result? One of the best multiplayer shooters of the past few years, and one that six months after its launch supports a thriving community who seem likely to stick around for a long time to come.

Riot’s consistent support of Valorant has been impressive, steadily building on a pretty bare bones launch with a plethora of new features. There are now five maps, a deathmatch mode, and a handful of new Agents, while the various tweaks and balancing changes along have mostly been on point.

Would I have liked to have seen an even more concerted effort to produce new content over expensive cosmetic items? Sure. Although, I can hardly complain having spent a mere $10 here and there on its battle pass in exchange for what must be well over 500 hours of gripping, intense gameplay. I can’t wait to see where Valorant goes from here.

Deputy Guides Editor Tom Hopkins: Following the huge success that was Modern Warfare can’t have been an easy task for Treyarch. The Black Ops series has arguably been the most popular Call of Duty sub series over recent years, but it needed to step its game up once more with Cold War.

As a package, Black Ops Cold War is fantastic and full of content. Although the ending is slightly underwhelming, the campaign is another exciting story full of impressive set-pieces, the multiplayer is still an addictive showcase for Call of Duty’s stellar shooter mechanics, and Zombies is some of the most fun you’ll have in any shooter.

Yes, its multiplayer is once again let down by poor map design, but the consistent content updates are bringing new and improved options to the playlist.

Once again though, Black Ops Cold War does its yearly job of proving that the Call of Duty series is the best in the business when it comes to how great it feels to pick up and play. It may not be the best the series has been in recent years, but Cold War is more than worth trying out.

Deputy Guides Editor Tom Hopkins: 2019’s Modern Warfare was one of the best Call of Duty titles for year. Although not without the familiar flaws, including poor map design, it did a lot of recapture the original Modern Warfare’s glory days. With Warzone, it’s standalone battle royale mode released in 2020, it took that success and popularity to another level.

The likes of Fortnite and PUBG have proven that battle royale is a genre that grabs you and doesn’t let go, but Warzone combined that tried and tested formula with Call of Duty’s exemplary gameplay and some neat variations.

The second chance Gulag feature ensured rounds were rarely early write-offs and the ability to get your own loadouts added a core meta to the experience.

Verdansk is also a great setting, providing terrain of all kinds to traverse and some now iconic Call of Duty locations to explore. It’s in dire need of some variation or a new map entirely after a year of the same, and weapon balance changes take far too long to be put into action, but Warzone is the perfect combining of genre leading shooting mechanics and great battle royale design.

In a year that’s forced me to stay at home, having a game that allows me to catch up with friends every night or two has been a blessing. After more than 500 hours and nearly 200 wins, I’m still playing a few times a week, and I don’t see that stopping any time soon.

Deputy Guides Editor Tom Hopkins: After many years away from the spotlight, it was somewhat of a surprise that Doom 2016 was one of the best shooters of the generation. 2020’s sequel therefore had a lot of expectations riding on it.

While it’s longer and incorporates more platforming segments (which won’t be for everyone) is mostly an expansion of what made the first game so brilliant.

It’s brutal, fast paced, and so much fun. Smashing through enemies with your fists, evaporating them with your shotgun, or slicing through them with lasers is so satisfying.

It’s not a cake walk through brain-dead enemies though. Doom Eternal perfectly balances each and every one of its features so that you’d always having to think, move and adapt.

As we said in our review, the game is “far more than gore, double jumps, and brutal executions. It’s an impeccably designed game that perfectly balances every single aspect of its action to create one of the most challenging, exhausting, and consistently fun shooters in years.”

It goes above and beyond what the 2016 game achieved, adding depth to the action that is hard to see at first glance. In all honesty though, it’s incredibly fun to play, and that matters more than anything else.