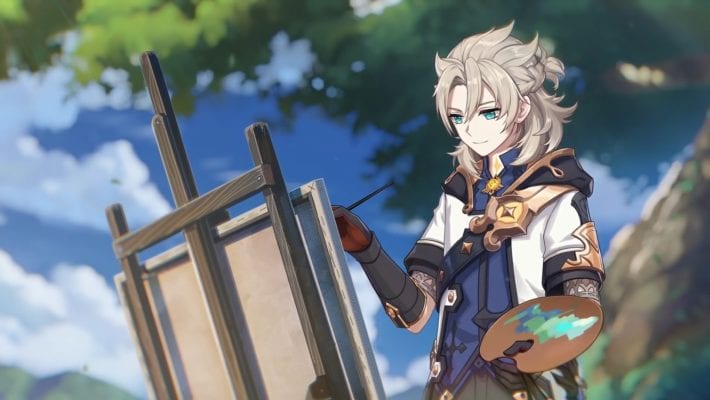 Developed and published by MiHoYo, Genshin Impact is a free-to-play gacha game that got released for PC, consoles, and mobile devices about a couple of months back. The game has enjoyed commercial and critical success since then, and the next major update is finally out, allowing players to explore a new region. Here’s how to unlock the Dragonspine region in Genshin Impact.

First off, make sure you’ve updated your game to the latest version. Once you’ve done so, log in, and then check your journal. You should see a brand new quest titled The Rumored Alchemist, which starts off by tasking you with visiting the alchemy store back in Mondstadt.

Once there, talk to Sucrose, and you’ll be given a new quest objective to head over to the new Dragonspine region to locate Albedo, the new 5-star character introduced with this patch.

Do be warned that the enemies in this new region can easily inflict you with a dangerous freezing effect, which will cause you to lose health over a period of time. This can be pretty dangerous if you haven’t quite gotten used to the flow of combat yet, and it’s definitely recommended that you stock up on some food items before heading in to explore.

The Dragonspine region comes with new items to mine, along with a Statue of the Seven that you can activate. The Statue accepts Anemoculi as well, so you can transfer the ones you’ve already collected around Mondstadt and turn them in here for rewards.

There are, of course, new quests to uncover, new teleport points, and more chests to open to go towards your Adventure Rank progress.

That’s all you need to know about how to unlock the Dragonspine region in Genshin Impact. Be sure to check our guide wiki for more tips and information on the game.