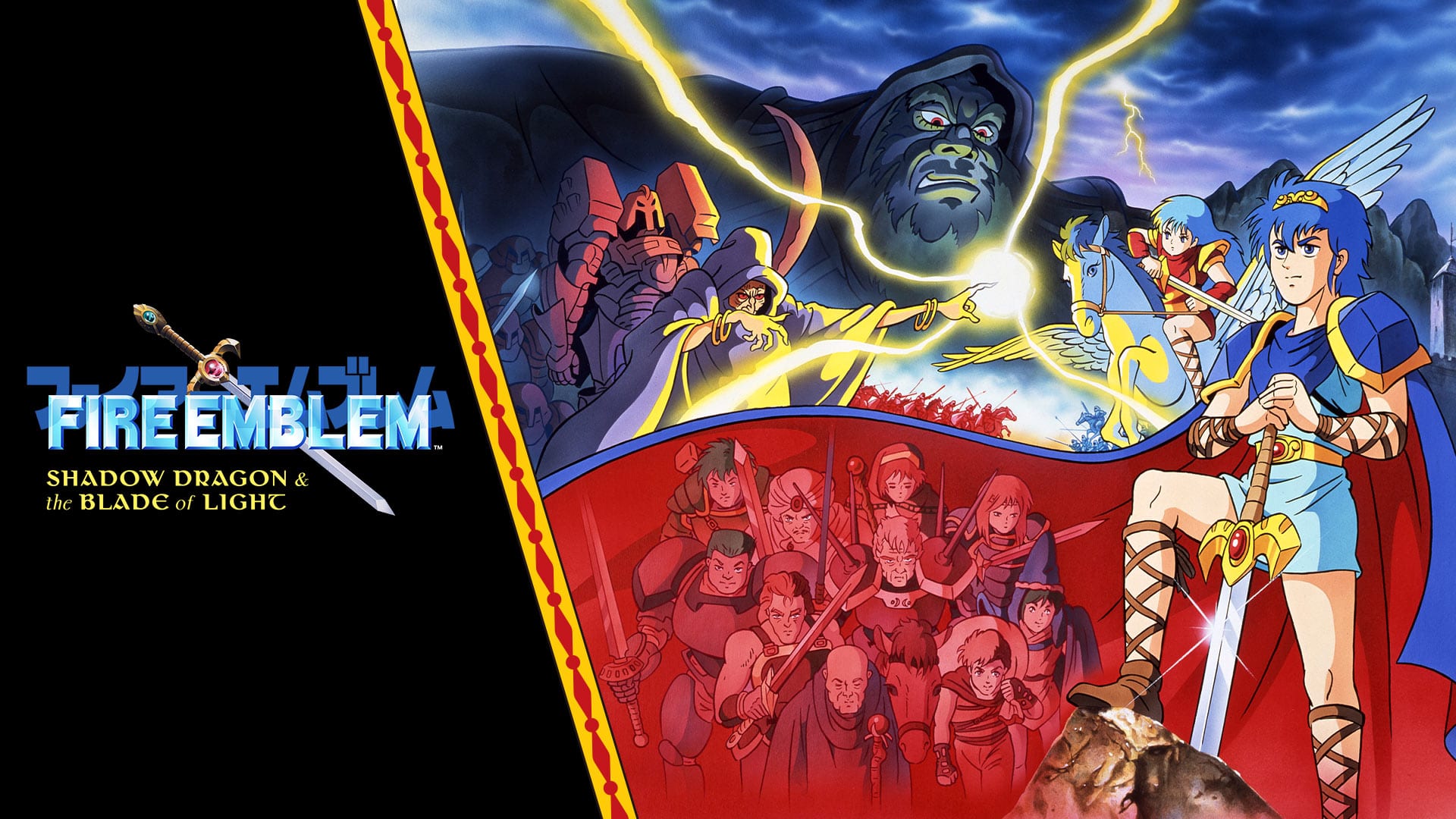 Fire Emblem: Shadow Dragon and the Blade of Light on Switch

Even though I’m a hardcore Fire Emblem fan, I knew going back to a thirty-year-old game in Fire Emblem: Shadow Dragon and the Blade of Light would present some challenges. A lot of the nuances that have been incorporated over the decades might not be there.

And while I was right, Fire Emblem: Shadow Dragon and the Blade of Light is still an enjoyable enough experience. Nintendo delivered exactly what they promised: a faithful port of the first Fire Emblem game that has finally been localized.

Released back in 1990, Fire Emblem: Shadow Dragon and the Blade of Light is a tactical role-playing strategy game that focuses heavily on established characters rather than random troops in war.

As you build up your army, you have to carefully choose where to direct and who to attack on a grid-based battlefield. Thanks to the perma-death mechanic, one wrong step can lead to a character being gone forever.

This is a port of the 1990 original, with the addition of English localization. And while everything may look old, some new additions give it a fresher coat of paint.

What you’re getting is a core Fire Emblem experience. Western fans get to see where the franchise started and how much it has changed. The gameplay is still fun and challenging, and the turn rewind makes it far less frustrating.

But that core Fire Emblem experience that I mentioned above is what makes this game worth playing. One of the best parts is the map design, which is integral to a Fire Emblem game.

While most maps just had me capturing a fort/castle, other circumstances made me do that in a variety of ways. And because each character fills a very different role, certain characters may shine on a specific map while others take a backseat. But on a different map, those backseat characters will get their chance in the limelight.

It felt nice to go back to a Fire Emblem game where your strategy was based on the map design and not solely on which characters could solo a map like in Fire Emblem: Awakening or even Three Houses.

There are some newly added features like the ability to create save states and to rewind turns like in modern Fire Emblem titles. These additions are definitely welcome because if you’re like me and you don’t like letting your units die, then you’ll want to avoid restarting chapters and making a long game even longer.

Yeah, there’s the ability to make the game run at 2x speed, but it also made the music speed up, which is quite annoying. If you don’t use this function, though, the game moves slowly.

The graphics in every sense; map design, character portraits, and everything, may be dated, but they bring up a certain spot of nostalgia. It feels much more like a classic Fire Emblem experience, making the player rely on your own strategy on a turn-by-turn basis.

While the story is plain and not much more than the typical chosen hero against an evil dragon, the localization of this game is solid. It brought out the classic Fire Emblem charm for the personality of characters while still building the world and being faithful to the original story.

But there are still some design choices that hampers a bit of the enjoyment in the game.

Fire Emblem: Shadow Dragon and the Blade of Light has no tutorial or method of explaining its core gameplay. I had to look up guides to see if this game featured basic mechanics such as Fire Emblem’s classic weapon triangle.

Even quite basic things such as a combat window were not added. So when you click on an enemy to attack them, you had no idea how much damage you’ll do or how much damage they’ll do back. This led to a few frustrating deaths. It’s times like these where Fire Emblem: Shadow Dragon and the Blade of Light can feel quite dated.

It’s also a huge oversight because no matter what, someone is going to use this port as their first experience with Fire Emblem, and they’ll either be very confused or very frustrated, or both.

Like it was said in the reveal trailer for this game, many people didn’t know who Marth was until Super Smash Bros Melee, and this is people’s chance to play his story.

It’s a shame that potential new fans might get turned away because the game isn’t friendly towards new players.

But if you don’t mind taking the time to learn the ins and outs of Fire Emblem: Shadow Dragon and the Blade of Light, it’s a great experience. Yes, it’s a thirty-year-old game at the end of the day, but the updated features do make it feel less dated than you would think.

In the end, Nintendo gave what they promised: a localized port. It’s still a fun Fire Emblem game at its core though, and I can only hope that we get more Japanese-only Fire Emblem games localized because there are many improvements in every entry.

Fire Emblem Shadow Dragon and the Blade of Light