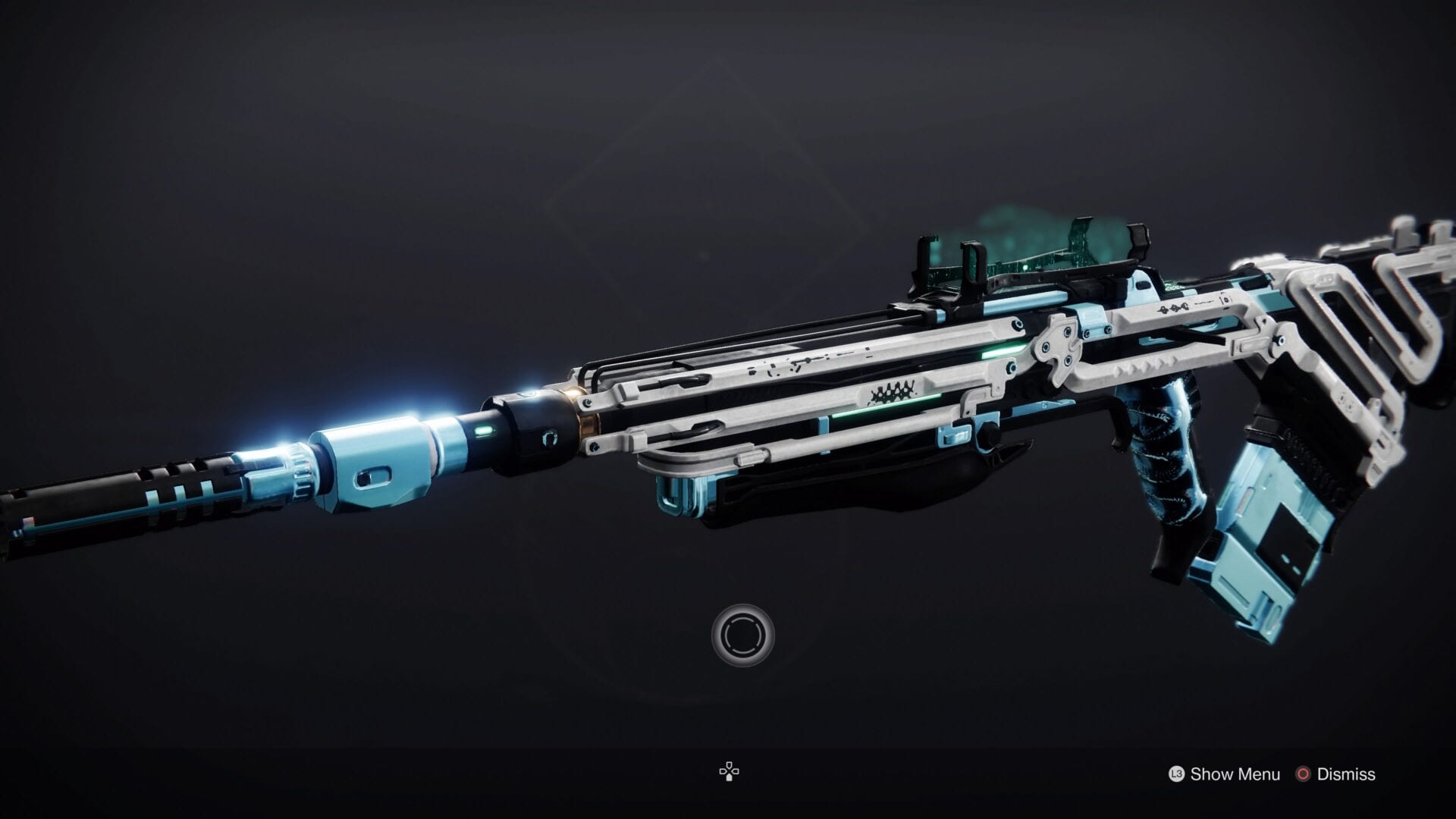 The Deep Stone Crypt has been out for a while now in Destiny 2: Beyond Light and players are starting to get their hands on the new set of raid weapons. These weapons are perhaps the most unique and game changing raid weapons since probably the Vault of Glass in the original game. Let’s go through all of them and rate the best raid weapons to have from the Deep Stone Crypt raid in Destiny 2: Beyond Light and which god rolls you should be shooting for.

Honestly, Bequest is releasing at an unfortunate time. It’s actually one of the better swords in Destiny 2: Beyond Light, on paper, and it looks fantastic like all of the other Deep Stone Crypt raid weapons on this list.

The problem is that it’s always going to be in the shadow of Falling Guillotine and The Lament. Heck, it may also not really outshine Temptation’s Hook and the unique things it can do.

There’s just no way for Bequest to match the raw power of a whirlwind attack from a properly rolled Falling Guillotine or a Banshee’s Wail combo from The Lament.

If The Lament wasn’t so easy to get, I’d say Bequest could at least be a decent stand in until you get a good Falling Guillotine roll, but alas, that’s not the case either.

If you’re going to use Bequest, use it for its unique perk Thresh, which isn’t found on any other sword in both PvE and PvP.

Commemoration is one of the few non-sunset machine guns left in Destiny 2: Beyond Light. Although it doesn’t share the exact same stats as Hammerhead (it lacks its range and aim assist), it does share the same archetype of the famed Black Armory machine gun and that alone should put it on the radar of many guardians.

The 450 RPM adaptive frame archetype just feels like the right balance of power, speed, and magazine size on machine guns, and if you get a roll with Reconstruction, one of the new Deep Stone Crypt raid perks, you’ll get a bit of all worlds as well.

Reconstruction allows for a gun to slowly reload on its own, even when stowed, up to double of the gun’s normal capacity. That means Commemoration’s base 59 round magazine can be doubled 118 and increased even further with Backup Mag and Tactical/Appended Mag.

While Commemoration is number five on this list, mostly because the raid weapons are so good, and machine guns are kind of just “fine” currently in the meta, as there are so many great add clear weapons and better boss damage weapons, don’t sleep on it if you like machine guns. It may surprise you.

Trustee might be one of the best feeling full-auto scout rifles to be introduced into Destiny since Vision of Confluence.

Trustee is in the Rapid-Fire Frame archetype, which means that it has full-auto intrinsically. Combined with reconstruction and you can have a scout with a base magazine of 34, firing fully automatic and really racking up that sustained primary damage from a safe distance.

Throw on Wellspring to also recharge your abilities while you kill and you have about as good a legendary scout as you can get.

For PvP, use Surplus and High Impact Reserves to just passively boost your stats while you annoyingly plink away at enemies from across the map.

If you’re noticing a trend here, yes Reconstruction is an amazing perk that you’ll want if a raid weapon can roll with it, especially in PvE where DPS lives and dies with how often you need to reload.

Posterity is a 180 RPM Precision Frame hand cannon. Not the greatest right now but Posterity, like all of the Deep Stone Crypt raid weapons for the most part, really feels nice to shoot.

What feels even nicer is a potentially massive 34 mag size on a hand cannon if you stack Reconstruction with Backup Mag mod and one of the mag rolls. Pair it with Rampage and you should have no problem keeping Rampage going when you have 30-34 rounds in the chamber. Truly insane.

180 RPM hand cannons aren’t the greatest in PvP right now as they have a longer TTK compared to other hand cannons and stiff competition from the exotics like Thorn or Ace of Spades, but Surplus & Rampage will likely serve you well; or honestly, the PvE roll isn’t bad there either if you just want to non stop shoot and lane with a hand cannon.

Out of all the Deep Stone Crypt raid weapons on this list, perhaps none are as benefitted by Reconstruction as Succession.

Succession is a High-Impact kinetic sniper. This means its potential to do very high damage is through the roof, but it’s limited by its low magazine size. That’s normally the trade off.

However, as we know by now, Reconstruction can boost that mag size to at least six or higher, potentially doubling your damage output before you need to reload, making this one of the best legendary sniper rifles for boss phases where sniping is useful, or really anything that you can consistently land critical hits on and has a lot of health to eat all of those shots.

For PvP, high-impacts sniper rifles are a bit gnarly to use because of their stability and handling being rougher than others, but if you can hit your shots then a Moving Target & Snapshot Sights perk combo will help you out big time.

Finally, we arrive at perhaps the most impactful Deep Stone Crypt raid weapon, Heritage. Why is Heritage so great? Well, it’s a rare kinetic slug shotgun.

We know what Reconstruction does at this point in the article, so by now you should be able to see the value of it on Heritage for bosses that allow you to fire off a full mag of shots, such as the final boss of Deep Stone Crypt.

It also feels great to use, especially if you pair it with Snapshot Sights, but if you want to potentially boost the damage even higher you could try pairing it with Recombination, which will allow elemental final blows to boost the damage of your next shot with Heritage.

In PvP, it works like a standard slug shotgun that you can use in the kinetic slot if you don’t want to run The Chaperone for whatever reason. The standard PvP shotgun perks apply here, just pick your favorites and slide baby slide.