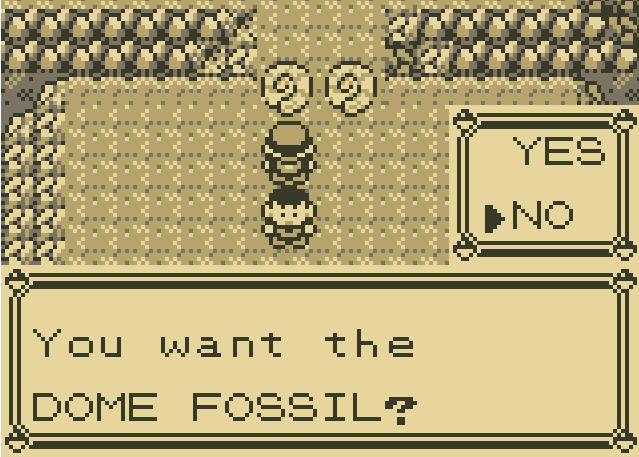 In early 2014, an Anonymous Australian programmer made a channel on Twitch.tv called TwitchPlaysPokemon. The concept was simple, the Twitch chat itself would play the game by typing commands into the chat, while a script reads those commands and inputs them into the game. The intent was for it to be a social experiment but it soon reached over one million total unique players, broke records, and even won an award for “Best Fan Creation” from The Game Awards.

The publicity exploded during this time, with numerous articles and memes being shared online about it. The helix fossil became a staple meme for years.

This was a result of how the coding worked, meaning that often times when the bag was opened, the helix fossil was seen. Soon taking on the moniker lord helix, the object was etched into twitch history.

The creator of the channel, however, was upset with the lack of progress being made and created another mode, democracy, where the chat instead voted on the action instead of each having their individual input command used. This was less entertaining to most of the fans of the channel, who consistently voted to keep the game in the wilder anarchy mode.

Soon after, a slew of different channels were created in the wake left by the massive success of TwitchPlaysPokemon.

Nearly any game that could be controlled by Twitch chat was being played, and generally using the same anarchy rules that fans had loved. Even difficult games like Dark Souls were seeing chats try to beat them, and some games that seemingly had no business being controlled by chat were being attempted, though viewership numbers steadily declined.

However, this year a streamer’s chat was able to complete Breath of the Wild, while another was able to cross the road as a chicken in GTA 5. These two streamers, PointCrow and DougDoug respectively have been using coding to create these unique experiences for their chats.

DougDoug has even created his own code in order to allow the chat to control the mods manager in Rockstar Games, allowing them to attempt to stop him from completing a task like taking a bath or driving across the city, but causing utter chaos in the game.

In January of 2020, PointCrow competed against his chat in Pokemon in an attempt to see if he could beat the game, while Twitch chat took control every five minutes to release Pokemon, delete moves, and anything else they could do to make the game harder. The same basic concept from the original Twitch chat plays mechanics, but instead making it a competition between him and the chat.

In March of 2020, DougDoug even ran a tournament on his channel, using code that read the first letter of the username for all chat messages to divide the chat into 2 groups.

This has culminated recently in a major step forward for the Twitch chat plays community. The two streamers held a competition, where they each allowed their own chat to control their character in Super Smash Bros. Ultimate.

This resulted in the two chats fighting each other over the course of four hours to see which chat was the better at Twitch chat plays. DougDougs VOD is available on Youtube here, whereas PointCrows can be found directly on his Twitch channel here.

Two Twitch streamers with 2000+ viewers using Twitch chat plays programs at the same time is a major moment for a section on Twitch that has a very low concurrent view count.

The future of Twitch chat plays seems to be on an upswing thanks to these few unique methods of using the code.

On top of that, the viewer count during the competition exceeded both streamer’s averages, which will almost certainly lead to another one as interest within the chat remains high.

And no matter the individual channel, the resurgence of a style on Twitch that once garnered tens of thousands of viewers easily is something to pay attention to within the platform.