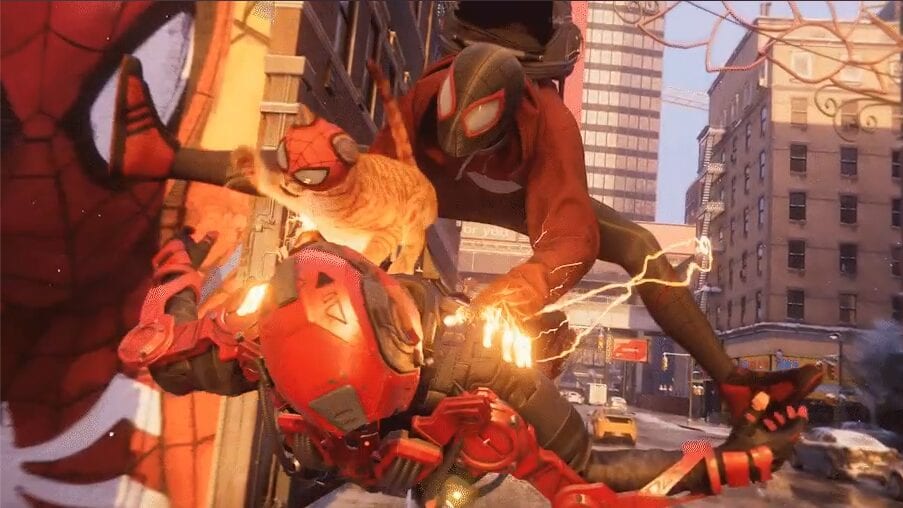 If you’ve been keeping up with the teasers and new info around Spider-Man: Miles Morales, then you know the game features a certain feline companion that can aid you in battle. You’ll need to unlock a certain suit before he’ll fight at your side though, and that’s why we’ve put together a guide on how to get the Bodega Cat Suit in Miles Morales.

How to Get the Bodega Cat Suit in Miles Morales

There are a couple of hurdles you’ll have to jump through to get the Bodega Cat Suit in Spider-Man: Miles Morales; one that’s fairly easy to overcome, and one that’ll take a bit more effort.

The first is to complete the “Cat’s Pajamas” side mission. This mission becomes available about halfway through the game and sees you travel to Teo’s Bodega after being notified of his missing cat. You’ll then need to track down the adventurous feline so you can bring him home safely, upon which Teo and the cat will be extremely grateful to you.

After that, you can work toward the second requirement: Completing the game’s main story. This will take a few hours and put you up against some tricky boss fights, but it’s far from undoable.

Just keep at it, and once you clear Spider-Man: Miles Morales’ story, you’ll be notified by Teo that his cat has taken a liking to you and that you should stop by and visit. Once you do, you can interact with his cat to give him a mask of his own and a ride in your backpack for old-times sake.

After that, you’ll have unlocked the Bodega Cat Suit, which sees you leap into action with Spider-Cat riding along in your backpack as a sidekick and finisher-assisting sidekick.

That’s all there is to know about how to get Bodega Cat Suit in Miles Morales. For more on the game, check out some of our other guides on topics like how long it takes to beat and how to sprint and run faster.