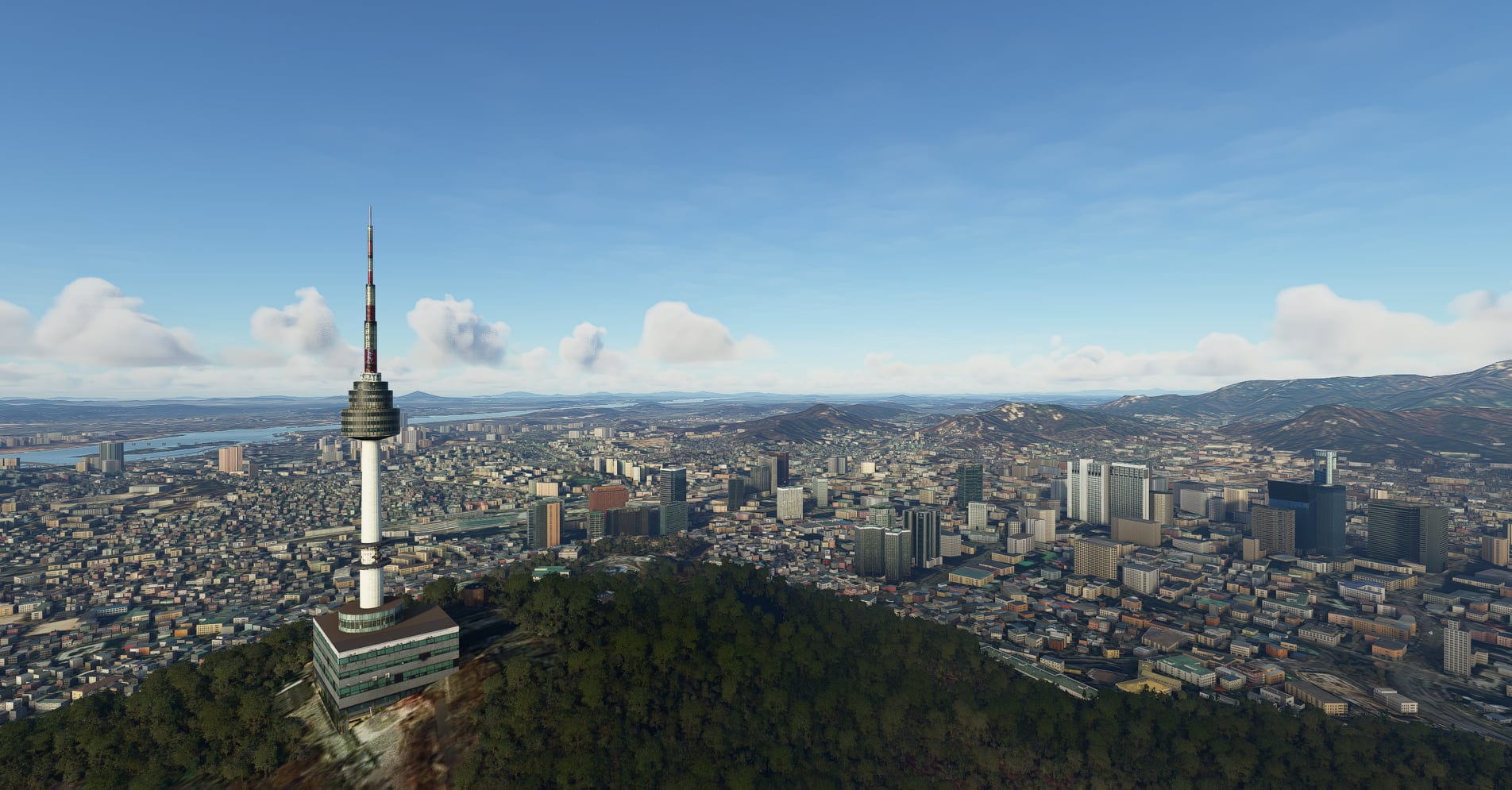 While Microsoft Flight Simulator reproduces the whole world, it’s doubtless that the quality varies a lot, and South Korea isn’t exactly the best part of the planet-spanning scenery.

SamScene3D is working to fix at least the sprawling city of Seoul and released two teaser images showcasing Namsan Seoul Tower and the 63 Square skyscraper.

According to the developer, the scenery package will come in December and you can check out the images below.

During an event a few weeks ago, the developers of Microsoft Flight Simulator shared a lot of details about future plans, talked about the success of the simulator defining it as a “thriving platform,” and detailed the upcoming world update focusing on the United States, which we know should be coming with update 7 tomorrow, Nov. 24.