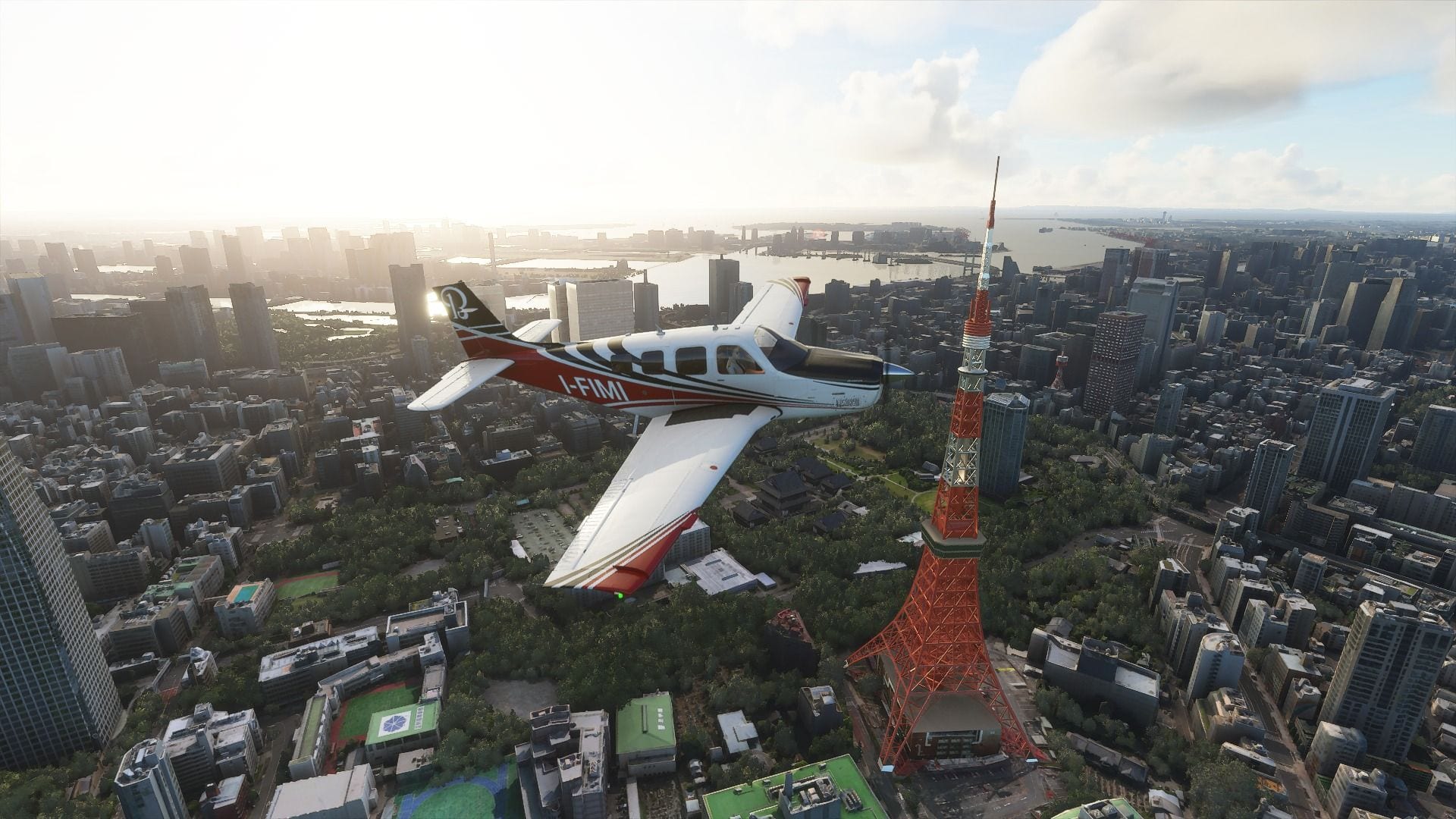 Shanghai is priced at $12.95 and adds several landmarks to the otherwise slightly drab default version of the largest city of China.

Here’s what it includes, alongside a few screenshots.

Tokyo is priced at $5.95 and may appear a harder sell considering that Microsoft itself just released a giant Japan world update for free.

Yet, true Japanophiles may still find a few reasons to grab it. The photogrammetry model used by Microsoft is a bit outdated, dating all the way back to September 2014 (How do I know? I was there and I recognized the billboards in Akihabara. I know. I need help), so this package adds landmarks that were built after that date. Tokyo is a fast-changing city.

The Tokyo Tower has also been replaced with a high definition model, which is great because the photogrammetry-based one isn’t that good.

The whole Ikebukuro area has been added, since the photogrammetry stops just short of it.

Most importantly, the Gundam statue in the Diver City plaza in Odaiba has been replaced with the current Unicorn model instead of the old RX-78 model that was removed in 2017.

Yakuza series lovers will also be pleased to hear that this landmark has a better version of the iconic gate in Kabukicho that our hero Kazuma Kiryu has popularized.

Of course, there’s a lot more. Does it show that I miss Tokyo?

You can read a full list of features and see a gallery of screenshots below.

Incidentally, just yesterday Microsoft announced that the next free world update will feature the United States.