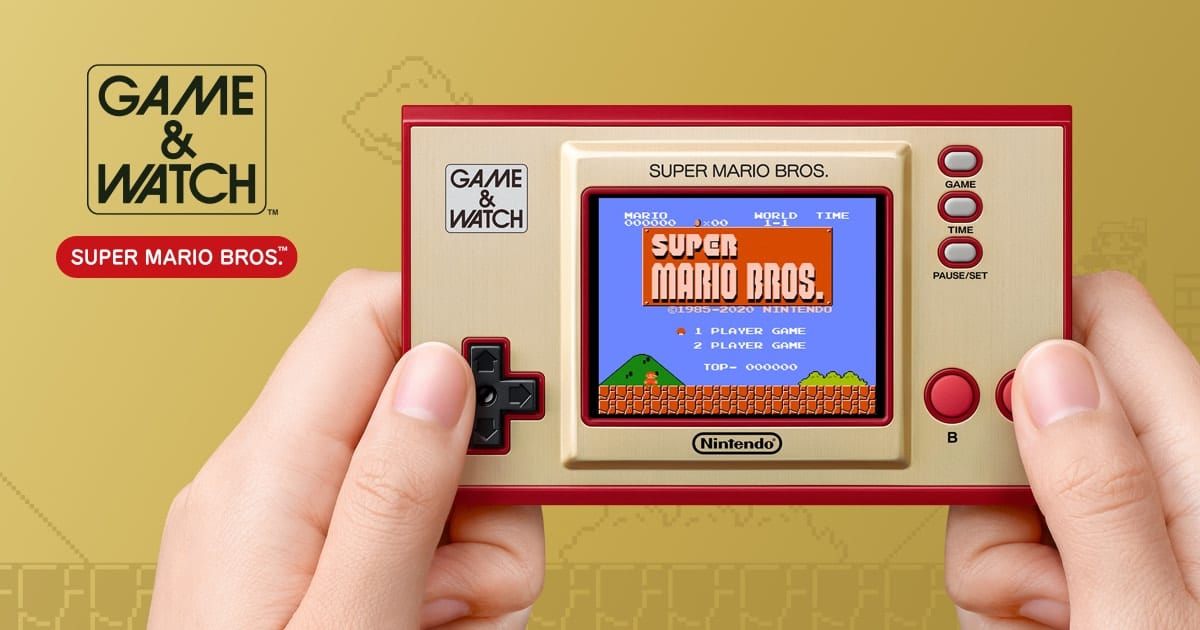 Only Nintendo would release a mini handheld console with three games from the 1980s during the same week that two major next-gen consoles launched. And for them, this seemingly unusual business model works.

If you’re not familiar with what a Game & Watch is, it’s a series of handhelds that were originally released throughout the 80s, predating all of Nintendo’s other home consoles and handhelds.

This was Nintendo’s first major step into the gaming market that we know today. Each device came with one game and a digital clock, hence the name “Game & Watch.”

The very first Game & Watch included a game called Ball, which is incredibly simple in design: A character juggles two to three balls, and you move its hands left and right to catch them. The game counts how many successive catches you make. If you drop a ball, it’s game over.

Over the next decade, Nintendo would continue to produce new Game & Watch systems, each featuring different games from their own IPs like Donkey Kong and Balloon Fight as well as other franchises like Mickey Mouse and Snoopy.

Production for the Game & Watch line of systems ended in 1991…until this year. Nintendo had revealed a special Super Mario Bros. version of the Game & Watch back in September to celebrate Mario’s 35th anniversary.

The release of this Game & Watch is quite the contrast to Sony and Microsoft’s new consoles that were also released last week. Both the PlayStation 5 and Xbox Series X boast impressive next-gen features and an expansive library of games.

So, why would anyone buy this little device that only plays three 30- and 40-year old games when there are two brand new exciting consoles on the market? As it turns out, there’s actually a pretty big demand for this new Game & Watch.

The simple explanation is that Nintendo thrives on nostalgia more than any other gaming company does.

There are three types of people who would be interested in buying this Super Mario Bros. Game & Watch.

The first group is obvious: collectors. This is the first Game & Watch system in nearly 30 years, so collectors of the handhelds or Mario products will want to get their hands on one.

The second group interested in this product are people who grew up with the Game & Watch and have positive memories of them. Perhaps they want to relive the experience of playing games like Ball and Super Mario Bros. on a simple, pocket-sized device.

Finally, I fall into the final group interested in the Game & Watch: a younger generation who is simply curious about the handheld that helped Nintendo succeed at the start of the first video game boom.

Nintendo provided Twinfinite with a copy of the Game & Watch: Super Mario Bros. device, and after spending some time with it, I get the appeal of why this was popular back in the day. The pocket-sized device is perfect for taking a fan-favorite game on the go for quick play sessions on a commute or in a waiting room.

I don’t think anybody will be buying this Game & Watch for the games that are included. It’s definitely not the best way to play Super Mario Bros. (there are several better modern ways), and Ball isn’t exactly a game people will be flocking to stores to get their hands on.

It’s a cool piece of tech to have, though. It might not be anything new or have any fancy technology like the latest PlayStation and Xbox consoles have, but it’s a device that celebrates Nintendo’s roots as a gaming company.

And sometimes, that’s what Nintendo fans love the most.

Nintendo rarely competes directly with Sony and Microsoft in terms of releasing the latest and greatest hardware with flashy specs and realistic graphics. Instead, they focus on novelties, gimmicks, and simple but fun experiences.

This works for them. Their latest sales figures show they can keep up with their competition while marching to the beat of their own drum. Their own competitor is themselves, and with a 40-year history of making downright fun products, that nostalgia can fuel future releases.

That’s exactly what Nintendo did here, and it’s the reason why they can successfully release a decades-old handheld during the same week of a next-generation console launch.