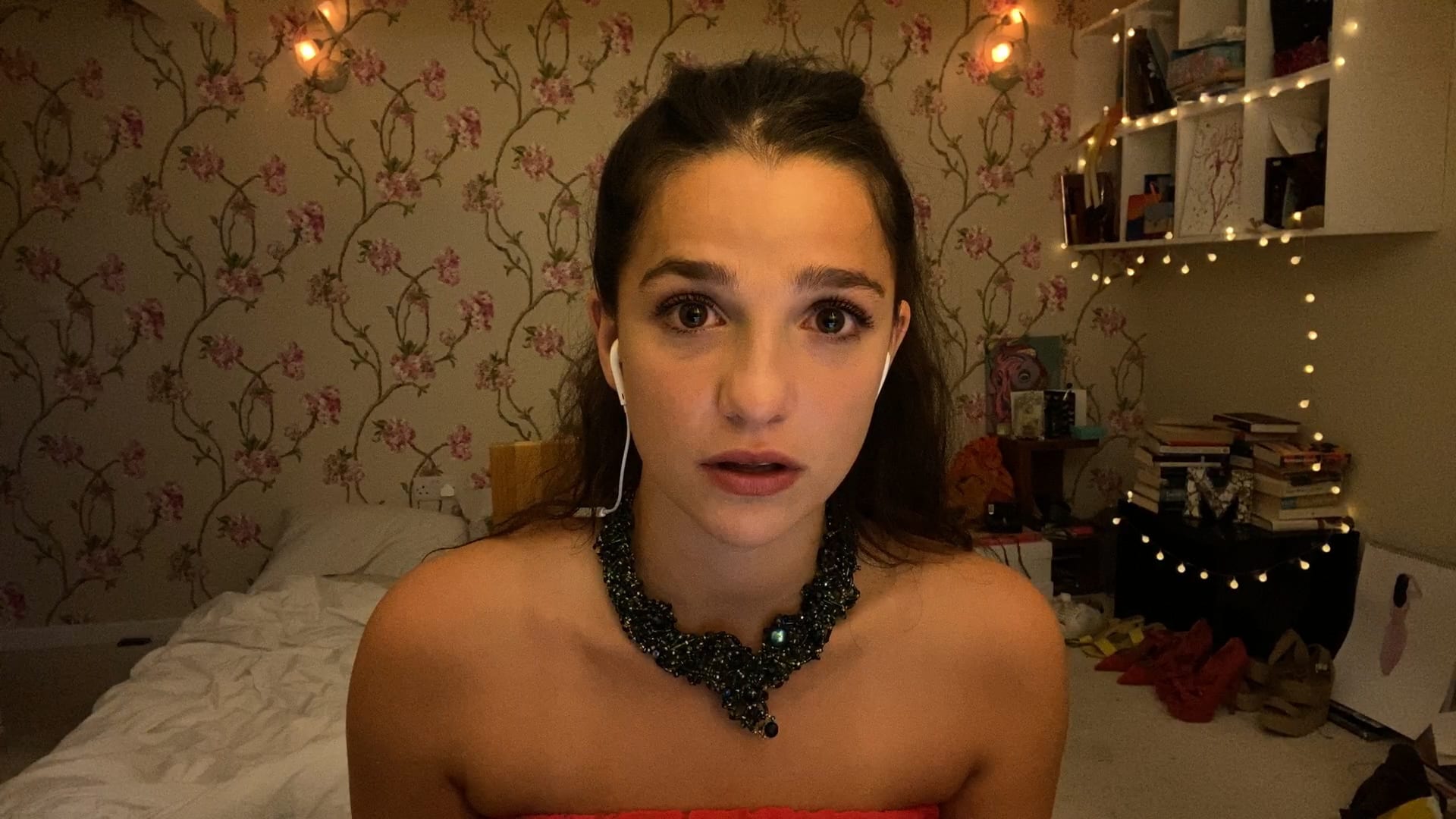 For a genre that’s so popular on the silver screen, it’s a surprise that the rom-com has had almost no representation in gaming over the years. FMV titles are generally limited to horror and thriller stories, often forcing players to make choices that effect whether characters live or die. Now, Good Gate Media has released Five Dates, a rom-com that sees you manage a character’s love life, and it proves that the genre can work within interactive stories.

You play as Vinny, a young man who’s searching for love, or maybe just a slight boredom cure, during the lockdown of 2020. Since heading out in London for a dinner date is out of the question, he jumps on a new dating app, where he’s met with five potential matches.

You set up his profile, choose three matches you’d like to go on a virtual date with, and the process begins. After breaking the ice with the three girls on an initial date, you narrow it down to two for the second dates, and then to one for the final final one. It sounds like a weird game show, but it’s an effective way of allowing you to figure out who you have a connection with.

Through a dinner date, a game-night date, and just the initial ice-breaker, you ask each other questions that reveal yours and their personalities. There are more than 700 unique scenes and segments that you’ll carve a path through (all shot during lockdown earlier this year), potentially finding a match that’ll last beyond the online dating stage.

Like a lot of rom-coms, things move quickly, with you spending no more than half an hour or so with your favorite date, but it still manages to be warm and enjoyable.

While the classics of the genre have a special something extra, the Noah Centineo or Anna Kendrick-led type of Netflix rom-coms do a few things right to make them enjoyable.

All a good rom-com really needs is a likeable cast of characters, believable performances, and a central chemistry that makes you smile. Five Dates has all of those things.

Every performance is great, developing characters who you actually want to get to know. You’ll have questions about each one, with things they do during each date potentially putting you off or making you more interested. They’re believable people, which is vital in a good rom-com.

Over the course of the three dates I had with Maya, her and Vinny’s chemistry was great, bouncing off each other well and seeming like they were having a genuine good time, but the same can be said for each of the five potential pairs, which is a testament to the quality of Paul Raschid’s script.

Aside from a few awkward interactions with Vinny’s ‘wingman’ and best mate Callum, and a couple of slightly jarring scene transitions, the dialogue is natural, helping you stay invested in the conversations. It’s heart-felt at times and genuinely funny at others.

It’s not a cliched story of everyone loving each other too. Your choices have real consequences throughout. Dates can be mutually stopped after a few questions if the initial connection clearly isn’t there, you can be caught out on lies, and common beliefs are important.

Saffron is a vegan who expects her date to at least respect her chosen lifestyle, Shaina is a nurse whose family comes first, and Grace is an out-spoken person who won’t doesn’t have time for BS.

While they’re far from the deepest characters you’ll ever stumble across, they’re likeable and real, which makes Five Dates enjoyable to play.

You can play it as a game if you like, answering the questions to try and artificially build a relationship and ‘win’ by having as many successful dates as possible, but that’s not how I’d recommend approaching Five Dates.

Play it like your own date instead. Answer the questions and react to the characters how you would in real life, no matter the consequences. If you don’t like Grace’s blunt attitude, don’t give into it, if you vibe with Maya’s bubbly personality, react in a way that shows that, you’ll be rewarded for it.

Five Dates is far more engaging and satisfying if you approach it naturally and if you’re lucky enough to have a successful third date, it’ll put a smile on your face if you got there without game-ifying your way there.

At no more than 90 minutes long, Five Dates isn’t the deepest love story you’ll ever see, but it has the heart, likeable characters, and great writing that make rom-coms enjoyable. It’ll put a smile on your face, and that’s all you can ask for.