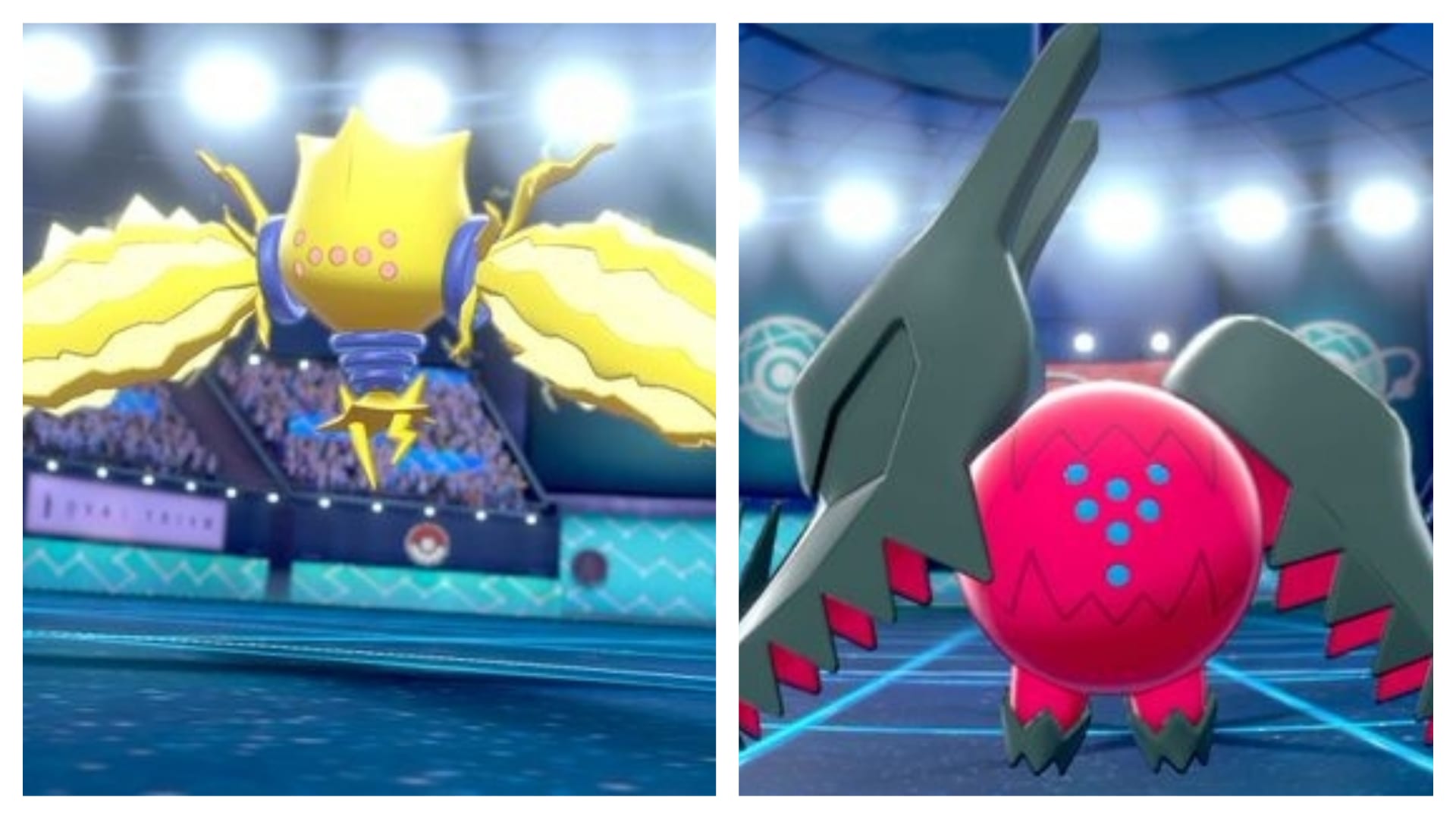 Pokemon Sword and Shield’s final planned DLC, Crown Tundra, has arrived and players can jump into this new snowy region of Galar. There’s a lot of peace and tranquility here, which is why you’ll find lots of legendary Pokemon making this part of the world their home. If you’re here, you’re probably facing down the prospect of choosing between Regieleki or Regidrago in Crown Tundra’s story. There’s no right or wrong answer, but here’s our advice.

So let’s cut to the chase and set up the scene: you’re at the Split-Decision Ruins over at Three-Point Pass. You’re facing down a choice between going after Regieleki or Regidrago. The other is lost forever to you unless you trade with someone else or start your game completely over. Which should you choose: Regieleki or Regidrago. Well, it comes down to what you want to use it for.

If you’re a competitive battler and take it seriously, you’re probably going to lean towards Regieleki to be frank. Regieleki just fits the current meta of Pokemon Sword and Shield better.

For one thing, it’s fast… very fast. It has 200 base speed which is blistering and makes it the fastest Pokemon ever before buffs. That alone makes it a massive novelty to have.

But on top of that, Regieleki has 100 Attack and Special Attack, which is nothing to sneeze at even if it’s not as outstanding as its Speed. Barring something weird going on, it should always hit first and hit very hard. Also, Electric isn’t a bad typing at all. It has only one weakness: Ground and can hit quite a few other types super effectively.

Really the only weaknesses Regieleki has are its frailty and its low move variety. It has low defenses (50 each) and average at best HP at 80. Also, it doesn’t really have a lot of great move coverage. You’re really only going to have Electric moves and few other notable moves such as Acrobatics to choose from.

Still, its Speed combined with its hard hits makes it a dangerous Pokemon, especially if you’re vulnerable to Electric attacks.

Regidrago is not a bad Pokemon by any means. It has got powerful Dragon moves at its disposal and has better type coverage and a better signature move arguably.

The issue with Regidrago, from a competitive standpoint, is that its massive 200 HP base isn’t as helpful as Regieleki’s speed. HP is nice to have but it’s not nearly as useful as having high Speed.

On top of that, Regidrago has average Speed at best with bad defenses. Meaning it’s usually going to attack second, and it may end up dying before it gets to take advantage of its powerful base 100 attacking stats and hard-hitting moves. HP only helps so much.

If you don’t care at all about competitive battling though, then you really can’t go wrong. Choose the one that balances out your team more if you’re planning on using them in your party. They are both powerful and fun to use Pokemon.

That’s all we got about whether you should choose Regidrago or Regieleki in the Crown Tundra DLC for Pokemon Sword and Shield. Feel free to disagree with us in the comments below.