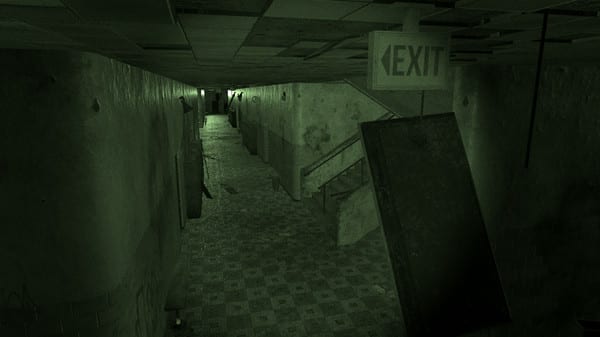 If you pay attention to YouTubers and streamers like Markiplier and GassyMexican, you have probably seen them hunting ghosts alone or with their friends in a game called Phasmophobia.

The word Phasmophobia is defined as a fear of ghosts. The game certainly plays on that concept greatly, as it simulates some of the most prominent ghost hunting shows of all time, such as Ghost Hunters and Ghost Adventures.

The basic gameplay loop involves you going into a location, and looking for evidence of ghosts so that you can sell the location to ghost removers.

As you gather more evidence, the ghosts become increasingly hostile. If you are with friends, you can also stay in the van and simply watch the cameras and cover your friend’s backs.

Phasmophobia is still in early access, but the game still might seem a bit daunting for new players, so here is everything you need to know before you get started.

It Has VR Support and Cross-Play

Phasmophobia has Steam support for the Valve Index, HTC Vive, and Oculus Rift. There is also support for Windows Mixed Reality, a generally regarded cheaper alternative to the big three.

It also supports cross-play between headsets and desktop players. This is an optimization that has been added to some games as VR technology has advanced, but Phasmophobia is one of the most seamless interactions between the two.

Notably, there is also controller support for desktop players who prefer a gamepad to keyboard and mouse.

Most games in the horror genre involve you running away. Although that is not always a bad idea in Phasmophobia, the game still revolves around gathering evidence of the paranormal.

Utilizing real ghost hunting equipment such as Spirit Boxes, EMF Readers, long-range thermometers, Night Vision Cameras, and more, the player is put into a location with the single intent of finding a ghost.

The Game Is About Learning

Avoiding spoilers, the game is all about learning. Many of the game’s mechanics will take time to understand, but that is also the intent. Part of the fun of Phasmophobia is running around with your friends not knowing anything about the ghost you are hunting.

However, one of the more important mechanics you should be aware of is that your in-game mic matters. The ghosts can hear you, and EVP sessions exist when using the spirit box. This is a game fully focused on immersion, and so it is best to try to allow yourself to be pulled in.

For those who may not be up to date on their ghost hunting acronyms, EVP stands for electronic voice phenomenon. This means when you hear an unexplained sound or voice on a recording. A spirit box is used in conjunction, quickly switching radio frequencies akin to Bumblebee in the first Transformers movie.

In real life, this results in you asking a question such as “Are you there?” and and a crackling radio voice saying “Yes.” In game, the results can very widely based on the input from your mic.

It may seem like I have stated it a lot, but it is very important to remember this going into the game. It is also created by a single developer. This is an impressive feat for a single dev to create a VR supported game with so many unique and interesting mechanics, but it will always come with the cost.

There are glitches, there are bugs, and there are things that are not entirely implemented yet. Character models are not on the same level as AAA titles, and VR wrists still look weird. If any of these things are major turn-offs for you, then it is best you wait for some time until the game fully releases. There is currently no date set for the official release.

If you feel well informed and ready to go hunt some ghosts, maybe pick up the game on steam and give it a shot.