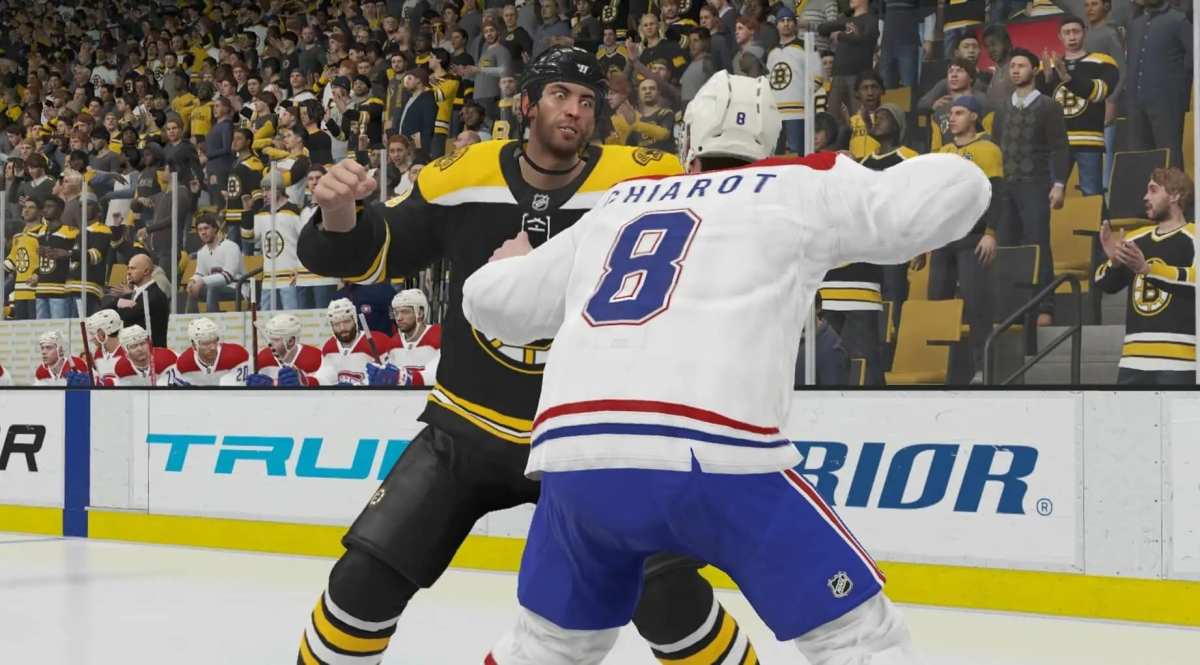 Hockey can be a pretty rough sport, featuring plenty of high-speed collisions and even some all-out brawls here and there. NHL 21 is no different, as it allows players to dish out and receive punishment just like the pros do in real life, especially when it comes to fights. Here is everything you need to know about how to fight in NHL 21.

There are a few ways to start a round of fisticuffs with another player in NHL 21. The easiest way is to press Y/Triangle before the play.

Doing so invites your opponent to fight. They obviously have to accept in order for it to begin.

If you’re playing online and someone does this to you, all you have to do to accept is press Y/Triangle when the dialog box pops up at the bottom of the screen.

Two other ways you can start fights is by angering or disrespecting your opponent.

Angering your opponent comes from laying out one of their players with a hard check. This isn’t always guarenteed to start a fight, but it will in a lot of situations.

A surefire way to get things going is by shooting after the play. CPU will always initiate after you’ve done this, so all you need to do is press Y/Triangle to accept.

Now that you’ve gotten yourself into trouble, it is time to learn how to punch your way out of it. To start, we’ve listed the controls for fighting below.

Like a lot of things in NHL 21, it’s going to take time before you can get used to fighting. To be specific, it requires good timing.

You’ll need to dodge at the right time and choose when to punch so as not to waste your energy.

Stats and a little bit of luck are obviously also going to play a huge role in the outcome of each fight, too. If you’re skater’s strength is significantly lower than the opponent’s, odds are pretty good you’ll be eating the ice, especially on harder difficulties.

Don’t use your best players –usually playmakers and scorers– when fighting either, as you don’t want to lose them for a long time on the ice.

Lastly, know that brawls can give your entire line energy back, especially if you win. With that all in mind, pick the best fighter you have and get ready to rumble.

That is everything you need to know about how to fight in NHL 21. If you’re still on the hunt for more coaching advice for on and off the ice, be sure to check out the rest of our guides by searching Twinfinite.