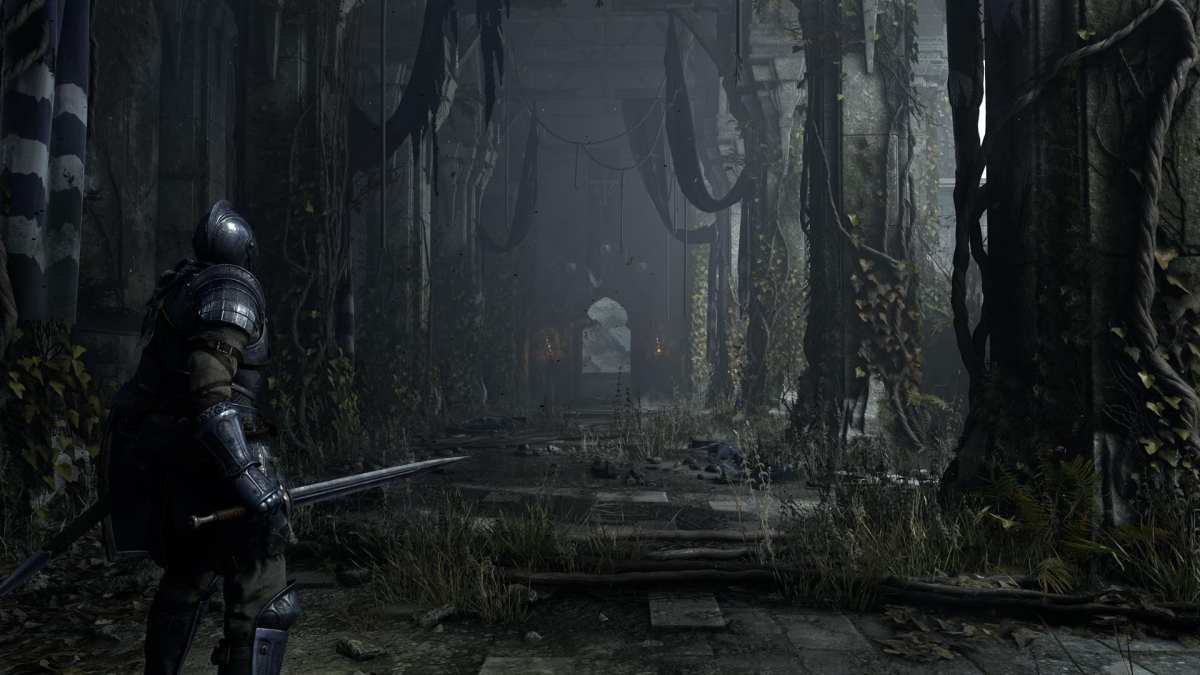 The launch of Sony’s highly anticipated next console, the PS5, is just around the corner. But what good is a fancy new gaming machine if you don’t have some awesome new games to play on it?

The following is a list of the major exclusives we know are coming to the PS5 in the not too distant future. Some are timed, and will migrate to other platforms eventually, but will remain the province of PlayStation gamers for an initial period after launch. Let’s take a look at the games you can look forward to playing on your fancy new console, if you are lucky enough to score one, that is.

The game that launched a genre, completely remade for a new generation. Originally developed by Fromsoftware, Blue Point Games have taken the lead for this devilishly good-looking remaster.

People like to talk a lot about the difficulty when it comes to games from the Souls series, but there is so much more to them than just combat. What these games do best is environmental storytelling, giving players a glimpse of a dark and majestic universe, and letting their imaginations fill in the blanks.

The original Demons Souls had a few design quirks that set it apart from the Dark Souls games that would come after it, and it will be interesting to see if and how any of its sharper edges are smoothed over.

God of War, developed by Sony Santa Monica and released in 2018, was a critical and commercial success, and a marquee tent-pole of Sony’s first-party IP. The bold reimagining of one of the PlayStations’ long-time mascots as something more than a one-dimensional avatar of rage was a resounding success and ended on a Hel(heim) of a cliff hanger.

The sequel has the sobriquet “Ragnarok”, and you don’t need to be a scholar of Northern European history to know what climatic confrontation Kratos is headed towards in this eagerly anticipated sequel.

But if Sony Santa Monica has taught us one thing, it’s that we shouldn’t expect things to be so straightforward. The journey of Kratos and Atreus was an emotional rollercoaster, through well-mined mythology that was made to feel new again, and there is no reason not to expect more of the same in the sequel.

A continuation of Insomniac’s take on Spider-Man, Miles Morales is an all-new adventure, starring a new web-slinger dealing with the same old problems: making rent, juggling work/life balance, and occasionally combating an array of supervillains who very often theme their entire persona’s around one specific animal.

Set a year after the events of the original game, Miles Morales will at once be familiar to old players but with some entirely new tricks. Miles’ mutations are his own and will play very differently from the way Peter Parker did in the original.

A smaller scale tale, Miles Morales has been derscribed as being on a similar in scope to Naughty Dog’s Uncharted: The Lost Legacy. Players should, then, expect around 7-10 hours of some of the best-feeling open world exploration the genre has to offer.

Aloy’s next adventure is set to take her out West, looking for the source of a mysterious plague that kills everyone it infects. The original wasn’t exactly all sunshine, but Forbidden West looks to continue the age-old tradition of making the second act of a trilogy a dark one.

While details are scant, there is sure to be plenty of new mech-dinosaurs to contend with, and array of new weapons to master. The original game was oftentimes beautiful in its savagery, and its sequel looks to be a continuation of that motif.

In case you wanted any more proof of how dominant Sony’s first-party is right now, keep in mind that PS5 is launching with not one, but two incredible exclusives from developer Insomniac Games.

The Ratchet and Clank series is a long and storied one, and has a special place in the hearts of many PlayStation gamers. The series got something of a soft relaunch with 2016’s simply-titled Ratchet and Clank, which brought the word “Lombax” into an entirely new generations vocabulary.

The gameplay we have seen from Rift Apart is nothing short of jaw-dropping; Insomniac has apparently wasted no time in leveraging the full power of the PS5’s much-vaunted SSD, with entirely new game worlds being rendered instantaneously in a manner that really has to be seen to be believed.

Since time immemorial, Gran Turismo games have been used as the perfect vehicle to debut the graphical fidelity of Sony’s new consoles. While we don’t yet know the exact release date of Gran Turismo 7, we have seen it in action, and it looks absolutely incredible.

Developer Polyphony Digital has been creating these top-tier racing sims for more than two decades now, and the depth of their craft is something not often appreciated outside of fans of racing games. Heres hoping that we get a release date sometime during the consoles launch window.

The next mainline entry in Sumo Digital’s iconic platformer series, Sackboy is going 3D for the first time in the history of the LittleBigPlanet franchise, as the 2.5D perspective featured in previous games.

Sackboy: A Big Adventure keeps the series signature charm, and is a family-friendly co-op adventure to suit all ages. It’s launching with the console as well, so unlike some other games on this list, you won’t have much longer to wait.

Godfall is an action-roleplaying game from developer Counterplay, also set to release alongside the PS5 on November 12.

If you didn’t know already, Godfall has been described as a “looter-slasher” that features co-op. So, think Borderlands, but with greatswords instead of gatling guns.

Counterplay features developers that worked on titles like Destiny 2, so they have the creative acumen to develop a truly addictive title to keep players invested.

Plus, it’s inspired by both The Stormlight Archive and The First Law trilogy, two of the very best modern fantasy series in print. Certainly, one to keep an eye on.

Returnal is a psychological horror game that plays like a third-person shooter, that has roguelike elements to keep you playing.

Its a pretty big departure for developer Housemarque, who is best known for their arcade-style score chasers like Super Star Dust and Resogun

You play as a pilot stranded on an alien planet who is stuck in a time-loop, doomed to relive her death over and again. With each death, you learn more about the world on which you are stranded, and how to contend with its many dangers.

Speaking of time-loops, Deathloop, developed by Arkane Studios, takes that concept and turns it up to 11.

Players take on the role of Colt, an assassin who must kill eight specific people within the space of a single day, or be doomed to relive it forever.

As was the case with their Dishonered series, Arkane has put an emphasis on stealth, parkour, and player choice, with there being many open-ended ways of eliminating each target.

Deathloops is slated to be a timed PS5 console exclusive, set to come to other platforms mid-way through 2021.

Project Athia is a fairly mysterious title, of which we know very little. Published by Square Enix, Project Athia is an entirely new IP, and it is being created specifically for the PS5 and PC by the brand-new Luminous Productions.

Outside of screenshots that show a vast and open world, we know that Project Athia is a story-centric action game. Hopefully we will learn more details about this intruiging new project soon, as it looks simply stunning.

Ghostwire: Tokyo, from developer Tango Gameworks, is a first-person action game in which combat was described by the team’s Combat Director, Shinichiro Hara, as “karate meets magic”.

The inhabitants of Tokyo have mysteriously vanished, and otherworldly specters known as the Visitors now haunt its streets.

Players who like their action games with a side of spooks should be in for a treat with Ghostwire, as the setting and tone are generally unnerving, apparent even in the limited gameplay we have seen.