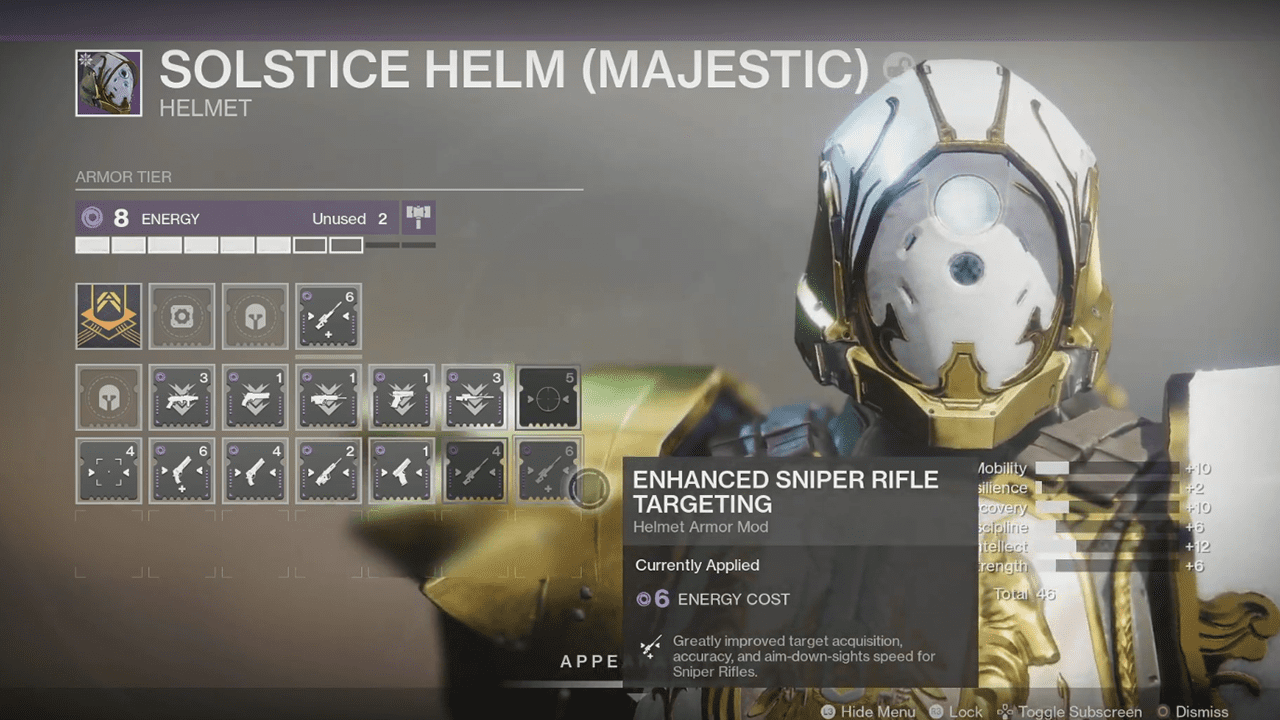 When Destiny 2 launched Armor 2.0, many, including myself, cheered the move as it finally made armor interesting again.

For all of Destiny 2 up until that point, getting good armor was entirely dependent on luck, and even then its impact on your builds was questionable unless you got the absolute godliest of god rolls.

Armor 2.0, when it released alongside Shadowkeep, allowed players to slot in armor perks that they had unlocked. Instead of praying to the RNG gods that you’d get an armor piece that worked within your build, it was much easier now to unlock the mod you wanted/needed to create fun builds.

Many in the hardcore community, however, took issue with a new layer of RNG that was thrown in with armor 2.0, namely, elemental armor pieces.

Certain mods, including crucial weapon finder and reload mods, were tied to specific elements that could only be slotted into matching elemental armor.

Meaning if you have an Arc chest piece, you can’t slot Hand Cannon mods in there as they are assigned to the Void element. So if you had found a powerful stat roll armor, you might get burned if the element wasn’t what you wanted.

While Armor 2.0 was still an improvement over what was there before, this wrinkle was a wet blanket that dampened enthusiasm.

Eventually, Bungie would introduce a system that allowed players to spend materials to change the element of an armor, but this process is expensive and didn’t address the underlying issue.

The changes to mods announced in yesterday’s TWAB, that are being added alongside Beyond Light, addresses, well, just about every problem that most people had with Armor 2.0 when it was introduced.

The most significant change is that starting with Beyond Light, weapons will no longer be restricted to certain elements. You can slot any weapon enhancement mod into any armor. Not only does that remove an un-fun, and un-wanted layer of RNG, but it also will free up a ton of vault and inventory space.

Destiny 2 has very limited storage options both on your character and in your vault, and anything to alleviate that problem is a positive development.

Now players won’t have to feel like they need to stack enhanced reload mods for example, and have an opportunity to try out something different.

Raid mods are also going to undergo a significant change as well. Starting with next season, Season 12, all raid armor will now drop with a bonus mod slot that you can put raid mods from that raid into. You won’t need to waste a spot somewhere so you can utilize a raid mod.

In similar news: armor that drops starting in Season 12 will have what is being called a combat mod slot which will accept all Charged With Light and Warmind Cell mods.

What’s surprising is that even exotic armor (including armor 2.0 ones you already own) will have this slot. This is a huge change as just one extra space to stick these special mods should allow for even more creative builds to exist.

Unless you thought that this restrictiveness was fun for some reason, then this all should be music to your ears. It’s Bungie, though, so it can’t be all good. There are changes coming that might be problematic to some.

Getting right to the point, all Hive and Fallen mods from the Leviathan raids and Scourge of the Past are getting removed from the game, and Taken mods will only work in Last Wish.

Personally, I always thought it was strange that these mods worked outside of the raid anyway as they seem intended to help players in the content that they dropped from. Perhaps Bungie didn’t anticipate players relying on them outside of the raids as much they did.

I personally won’t miss them as I thought they were pretty boring, but their removal from Destiny 2 is definitely going to bother some people.

I would say this though: If you could have offered me at any point during Year 3, the ability to trade Fallen, Hive and Taken mods for all the other changes that Bungie has in store for armor mods in Beyond Light, I would have done it in a heartbeat.

If we can just get the ability to put seasonal weapon mods in exotic weapons somehow then I’ll have nothing left to complain about on the mod front.

All these changes, and Destiny 2: Beyond Light, will launch on Nov. 10. Check out the full list of changes coming to mods, and Bungie’s reasonings, right here.