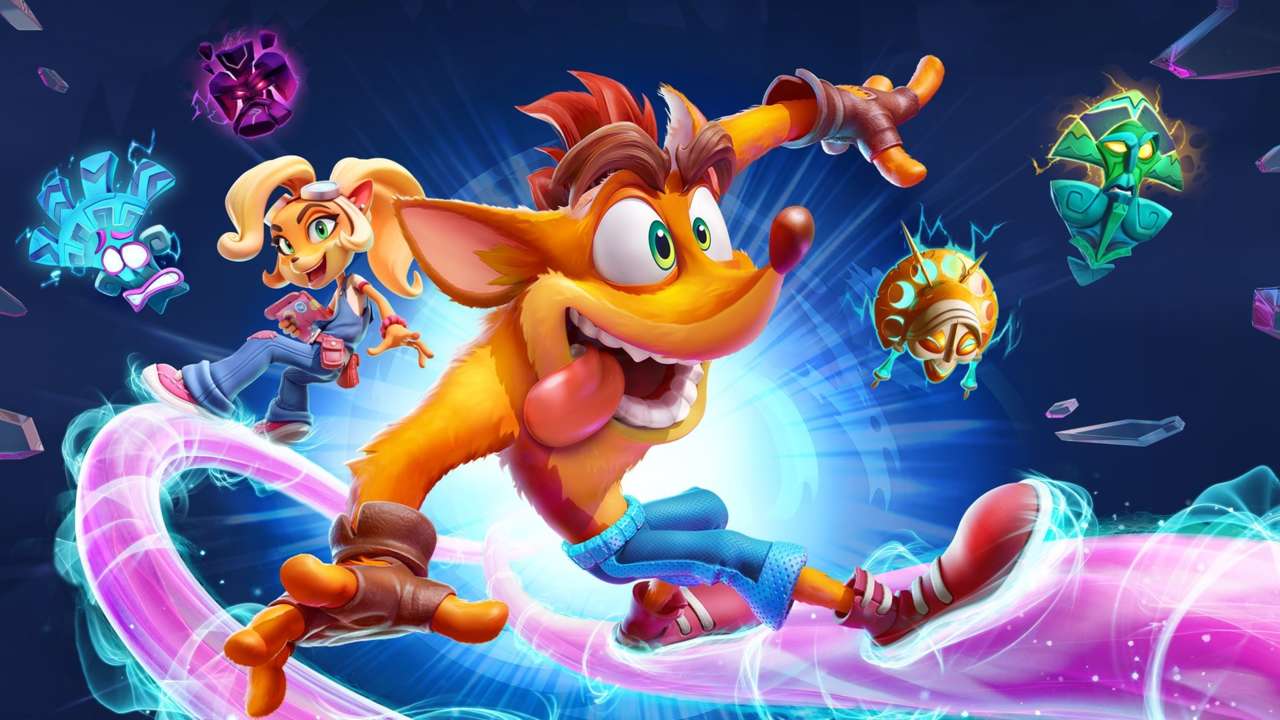 The release of Crash Bandicoot 4: It’s About Time marks a momentous occasion for the series, offering the first new mainline entry in several decades. It’s no slouch of a title either, and that’s why we decided to sit down and stack it up against the series’ other core offerings. Without a doubt, though, these are the best Crash Bandicoot games.

To be clear, the first Crash Bandicoot is by no means a bad game.

Its fast-paced platforming and inventive level design remain some of the best in its genre. It challenges players to react quickly to an ever-evolving list of hazards while also being on the lookout for secrets, hidden collectibles and other items, which naturally encourage players to explore levels and uncover all the experience has to offer.

Likewise, its characters carry an impressive level of charm and memorability. Even with limited graphical capabilities and a minimal story, they manage to leave an impression that makes you want to experience their adventures and play other games featuring them.

However, it’s also a game that has shown the age in its design with each passing year. It’s not uncommon for its levels to veer from challenging into downright punishing, and as a result not all of them feel balanced in a way that’s fair to players.

The limitations of the hardware also contribute to more than a few deaths, wherein the player might be unable to tell where they’ll land without testing the waters with a few deaths first.

All the same though, it’s still a solid experience which set up the series for great things, and is worth being checked out by fans new and old alike.

It’s not uncommon for sequels to outshine their predecessors, and Crash Bandicoot 2: Cortex Strikes Back is a poster child of this phenomenon.

Taking the formula established by the original and honing it to a fine point, the game addressed issues in the series’ design while adding in new features. The controls were tighter, allowing for more precise control of Crash in situations ranging from general platforming to battles with bosses.

This in turn allowed for more varied levels for players to take on. Alongside the array of standard hazard-filled platforming segments were zones where Crash would don a jetpack, or ride a Polar Bear cub to escape a larger, angrier bear. This all served to help the game stand on its own two feet while still staying faithful to the series’ core premise and story.

Speaking of which: The story, while not groundbreaking, further expanded on the characters and their interactions, even introducing some fan favorites like Crash’s sister Coco.

It was everything fans could have wanted it to be. Or at least, it was before the next entry on this list released.

Crash Bandicoot’s third outing is widely regarded as the best in the original trilogy, and it’s little surprise once one gets their hands on it.

Like with the second game, Warped honed and refined every aspect of what had come before it. The platforming was precise and felt perfectly tuned, allowing players to pull off split-second reactions and speed through levels in feats of chaotic grace.

The levels were more diverse and entertaining, dropping players into a wide range of situations and scenarios. Crash could be spinning and bouncing his way through an ancient jungle one minute and racing a cavalcade of villains on a motorcycle the next; and, in a first for the series, players could even control Coco, riding atop a tiger cub around the Great wall of China.

Even the story managed to be a step up, introducing a new villain which breathed life into the somewhat tired dynamic of Cortex’s constant drive to destroy Crash and take over the world.

It was the peak of what the series could be, and marked a perfect high point to see the franchise off into the next generation with. It deserved its place at the top that it held for so many years, and if not for this next entry’s quality, it likely would have held it for years to come.

Save all of your accusations about Crash Bandicoot 4: It’s About Time having an unfair advantage by being the most modern entry. Only a few minutes with the game will prove that it is, in fact, the best entry the series has ever seen.

Like with each mainline sequel before it, Crash 4 took what worked or was improved upon and improved it even further. The levels are just as diverse and imaginative as those seen in Warped, with players able to explore vastly different biomes based on where they’re at in the game.

Likewise, the controls are incredible smooth and easy to manage, allowing for split-second reactions and alterations in your character’s trajectory. Further enhancing the experience, though, is the addition of reality-bending mechanics like phasing platforms in and out of existence, making for some challenging but fun traversal segments.

And that’s only one way the gameplay has been expanded upon. Alongside Crash and Coco, players can also take control of Cortex, Dingodile and Tawna, who each offer their own special gameplay mechanics to mix up the formula with. This opens up a whole host of new gameplay scenarios, each more fun to figure out and overcome than the last.

Top it all off with one of the best told stories in the franchise, and you have what is easily the strongest mainline entry in the series.