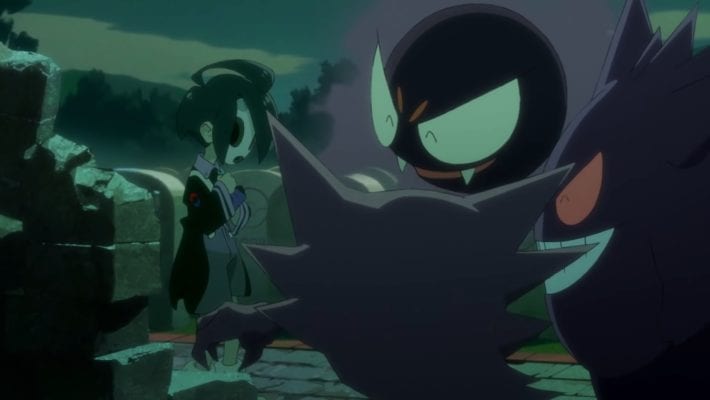 Pokemon’s world can be cute and friendly due to its animal-like creatures that inhabit the world alongside humans. But instead of keeping them as pets as we do, people in the Pokemon universe treat them as equals.

But not everything is all cute and cuddly in the land of Pokemon. There are many instances where the games and anime have gotten incredibly serious and dark.

What’s mostly a family-friendly franchise doesn’t always shy away from things like death, disease, and other real-world issues. Here are some unsettling things in the Pokemon universe to make you think twice about these cute creatures.

If you’ve gone through the years without knowing what Pokerus is, then you’re definitely not alone. Pokerus is a parasite that can latch onto your Pokemon, technically making them sick.

While it does provide benefits for leveling up your Pokemon, the idea that they’re infected is creepy. Not only this, but the parasite can move from one member of your team to the next and can also infect your Pokemon eggs.

If some of your Pokemon get infected, others will comment on it like Nurse Joy in the Pokemon center and Professor Elm. They say that while it isn’t harmful, it does multiply fast and can spread easily.

Even though Pokemon is more family-oriented, Pokerus is another example of how the series can get creepy and too real sometimes. Nobody wants their little Bulbasaur to be infected.

If you ever watched the first season of the Pokemon anime, you know how scary the gym leader Sabrina is. Dubbed the “Mistress of Psychic-type Pokemon,” Sabrina has many unnatural abilities, even for the Pokemon world.

When Sabrina was young, it was discovered she had strong psychic abilities that she began to obsess over. She focused only on perfecting her abilities but, by doing so, neglected her emotions and family.

By the time Ash Ketchum meets her, she has two forms; her regular adult form and a small, child-like doll form. While her adult form is still very much present, the child form does most of the interaction.

When Ash lost his second battle against her, Sabrina changed Brock and Misty into dolls and placed them within her dollhouse. What makes it all the worse is that they were both still conscious while in doll form.

Brock and Misty discovered that Sabrina had transformed her own mother into a doll, all so the child version of herself could play with them.

Ash was only able to get his friends back once his Haunter resurfaced Sabrina’s buried emotions. Pokemon can sometimes get pretty deep, mirroring how some people neglect their emotions/family for work, money, or goals.

Although it is scarcely talked about in the anime or games, people do, in fact, eat Pokemon. We never see anyone taking a bite out of a Pikachu or frying up some freshly caught Poliwag, but there are some other obvious nods.

In the second generation of Pokemon games, Team Rocket is shown to be harvesting Slowpoke tails because they’re used in rare food dishes. In Ultra Sun & Ultra Moon, it is again shown that people eat these Slowpoke tail.

The Pokemon anime takes it another step further though.

At one point before Togepi hatches, James attempts to eat it; Ash, at another point, says he’s so hungry he could eat a horsea, and Brock fantasizes about eating Magikarp when stranded on a raft in the ocean.

Even in Farfetch’d’s Pokedex entry, it’s stated that humans hunted the species to near extinction because they taste so good. While this honestly mirrors the real world and how we eat animals, it’s still disturbing.

The franchise emphasizes how humans and Pokemon live intertwined and as equals, making this revelation pretty offputting.

While there are cute Pokemon like Pikachu, Jigglypuff, and Squirtle, there are also absolute scary beasts like Onix, Guzzlord, and Dusclops. Not only do some Pokemon look scary, but their background info and biology are also just plain dangerous.

We get this unsettling information via Pokedex entries: short little bios about Pokemon, their behavior, background, or how they live. For instance, the Pokemon Haunter will lick its victims, causing them to shake until they die violently.

While many of these creepy Pokedex entries belong to Ghost-type Pokemon, plenty of other non-Ghost-types have frightening origins.

Did you know that Cacturne will gather in groups in the desert and stalk weary travelers? They bide their time until the traveler passes out from exhaustion.

Or the fact that if your nose gets itchy when you’re sleeping, it means a Drowzee is standing above your pillow, eating your dreams out of your nostrils.

There are tons and tons of Pokedex entries like this. Why is this franchise so hell-bent on being scary?!

Pheobe is the Ghost-type member of the elite four from Pokemon Emerald, Ruby, and Sapphire, and man is she one of the creepiest characters in all of Pokemon.

Not only is she able to communicate with the dead (like her deceased grandmother), but she isn’t always alone when you encounter her.

In Pokemon Omega Ruby & Sapphire, after Pheobe’s dialogue before the battle, the screen will fade to black, and for a moment, you can see a little girl behind her.

It will then go to this little girl’s point of view as she gets up and walks towards the player and Pheobe. The screen will fade in and out again, and if you look close, you can see the little girl standing beside the player.

Nobody has ever discovered this girl’s purpose, nor has any developer ever commented on her existence. Just like in the real world, some things just can’t be explained.