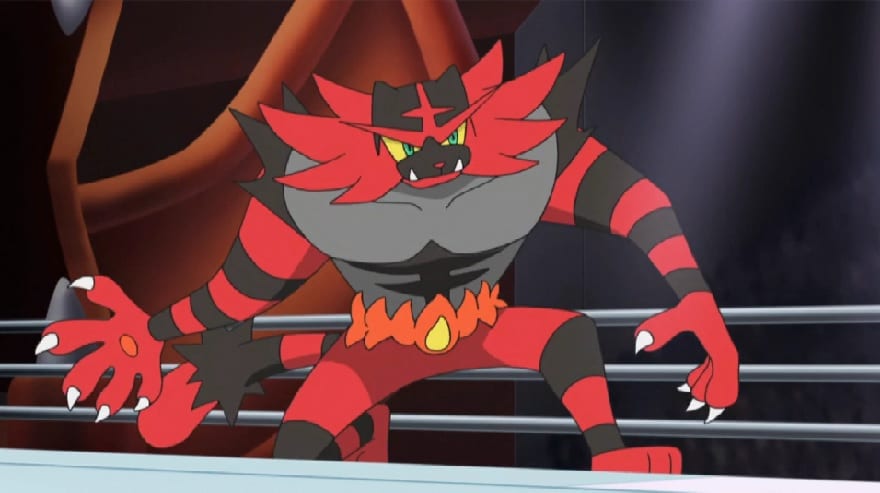 There’s a certain mindset in the Pokemon community that “every Pokemon is somebody’s favorite.” That’s probably true, but there’s no denying that some are more popular than others.

After all, that’s why we’ve seen so many different Charizard variations, and some like Eevee get put in the spotlight more than others.

Then you’ve got some Pokemon that have such an unpopular reputation that people actually seem to enjoy complaining about them. No, “Genwunners,” it’s not only the newer Pokemon designs that get picked on; the first generation isn’t free from excessive hate either.

Here are seven Pokemon that we absolutely love to hate.

Poor Garbodor. The designers really set it up for a lifetime of hate. It’s a garbage design fit for a garbage Pokemon with garbage stats. Yuck.

Conceptually, it’s the same Pokemon as Muk; both are Poison-type and look like some sort of disgusting sludge. So why doesn’t Muk get the same amount of hate? Seems like a Generation One double-standard to me.

At least its pre-evolution, Trubbish, is sort of cute in a pitiful way. And Gabodor gets a Gigantamax evolution in Generation Eight, which makes it a little more exciting to use in battle.

But we love to hate it because “it’s literally trash,” which is the easiest argument against any bad Pokemon design, especially this one.

Vanilluxe gets so much hate because it’s literally just two scoops of ice cream on a cone. Apparently someone forgot to tell The Pokemon Company that a design isn’t inspired unless it’s based on some fancy, powerful mythical beast. Oops.

Sure, one of Vanilluxe’s two faces has an unsettling, wide-eyed smile. It’s a little creepy, I’ll admit. But nobody hates on that part of it. Everyone always jumps to the ice cream cone design itself.

Look, I’m not trying to defend Vanilluxe here. It is just a Pokemon that’s pretending to be a delicious dessert. But so are Slurpuff and Alcremie, and nobody hates them the way they hate Vanilluxe.

And let’s be real, Vanilluxe isn’t any less inspired than Magnemite, a literal magnet, or Voltorb, a literal Poke Ball. You guys just hate any generation that isn’t Generation One.

Okay, these guys actually suck. I won’t even try to defend them. Does anyone like them? Is there a single person?

Pansage, Pansear, Panpour were forced upon us in Pokemon Black and White in order to ensure we had a well-rounded team to use against the early gym battles. Receiving them felt like getting a rejected starter Pokemon.

Did anyone actually use them over the course of the game after getting them? Mine just ended up getting thrown in the PC box. There were too many great Grass-types, Fire-types, and Water-types in Generation Five to waste a team slot on such an uninspired Pokemon.

Their designs are ugly and their movepools are boring. Chimchar and Grookey did the “elemental monkey” trope much better. Now we just need a good water monkey to replace Panpour, and then we can erase this trio from history.

Game Freak and The Pokemon Company have struggled with their Fire-type starters in the past several generations. Each time we think it’s going to get better, and then… It doesn’t.

Blaziken was an awesome Fire and Fighting-type starter, and while Infernape felt a little similar being the same typing and a similar two-legged design, it was still loved. By the time we got Emboar, our third straight Fire-fighting starter, everyone was completely over it.

So when Fennekin was revealed as the Generation Six Fire-type starter, we all had high hopes. Of course this adorable little fox won’t grow up to stand on two legs and gain fighting abilities… right?

We were half-right. Delphox didn’t gain a Fighting typing, but it stood up on two legs and got weird furry pants that nobody liked. At least its Fire-and Psychic-typing was interesting, but it felt wasted on such a bad design.

Unfortunately, the Fire-type starters didn’t get better from there.

Incineroar is Delphox 2.0, but Tony the Tiger this time.

It’s like Game Freak and The Pokemon Company heard people complaining about the Fire-type starters standing up on two legs after an amazing first evolution and said “LOL, let’s do it again.”

Incineroar, why aren’t you a Fighting-type Pokemon? I mean, you’re even based on a wrestler. Oh, right, it’s because we all complained about Fire/Fighting-type starters for three generations in a row.

At least Incineroar got invited into Super Smash Bros. Ultimate, which warmed people up to its design a bit more. That being said, I’m still bitter that Decidueye wasn’t picked instead, and no, I won’t stop being salty about that.

Miltank in general are totally fine. In fact, they’re super cute and lovable. It’s Whitney’s Miltank in Pokemon Gold, Silver, and Crystal specifically that we hate.

Admit it; we all died to its Rollout move the first time we battled it. You’re a liar if you say you didn’t.

Seven-year-old me learned the true meaning of rage the day I first battled Whitney’s Miltank. My little Chikorita was helpless against it, getting hit by Rollout over and over until it fainted.

Even if I could get a hit in, Whitney’s Miltank used Milk Drink to heal itself, undoing every bit of damage I just did. It also had the chance to use Attract, rendering my pitiful attacks useless.

From that point on, I would never let myself coast through a Pokemon game with an underleveled team without grinding… The risk was far too high. I think every Pokemon fan learned this after battling Whitney and her Miltank.

We love to hate Whitney’s Miltank because a level 20 Normal-type Pokemon has absolutely no business being the pain in the ass it is.

There’s no Pokemon that we love to hate more than Zubat. For everyone who started their journey in Kanto, this was probably the very first Pokemon that made them want to rip their hair out.

It all started in Pokemon Blue and Red’s Mt. Moon, the caves separating Pewter City and Cerulean City. To any beginner, these caves feel never-ending, and Zubat has a whopping 80% encounter rate there.

Zubat after Zubat appeared in Mt. Moon as you desperately tried to find the exit. It felt like you couldn’t take five steps before the flashing animation of a battle popped up, and… surprise! Another Zubat. I’m still not convinced there were actually any Clefairy in that cave.

That wouldn’t be the end of the countless Zubat. This annoying bat would swarm you constantly in other Kanto caves like Rock Tunnel and the Seafoam Islands. Then, when you started your journey in Johto, it still wasn’t over—Zubat appeared in all of the caves there too.

In fact, Zubat continues to pop up and bother us in nearly every cave and tower in the entire Pokemon series. After the 200th Zubat encounter, you just want to scream for it to leave you alone.

Zubat’s only redeeming quality is that it eventually evolves into Crobat. That doesn’t stop it from being one of the most hated Pokemon of all time, though. I’m sure it wears that crown proudly as it continuously attacks novice trainers in Mt. Moon.