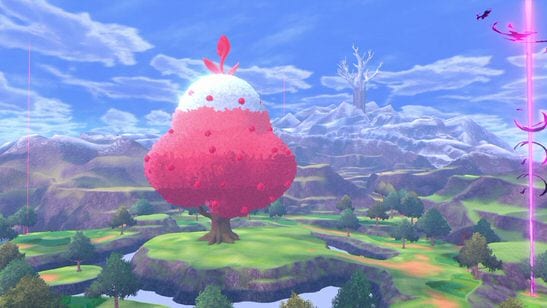 My expectations heading into today’s reveal of Pokemon Sword & Shield’s second expansion pack, The Crown Tundra, were set at zero. The Isle of Armor was an OK enough expansion if you were already sucked into the original gameplay loop of Sword and Shield. But for someone like me, though, that had a hard time staying interested, it was a massive disappointment.

I have pumped at least 100-200 hours into each and every Pokemon generation since the franchise’s existence, but with Sword and Shield, I was done shortly after beating the campaign.

The narrative was dull, the endgame wore thin shortly after getting into it, and Dynamaxing just feels too gimmicky for serious competitive play.

It doused players with even more bland wild areas, introduced nothing meaningful in terms of new gameplay experiences, and its story was just as meh as the original campaign. The sole notable bright spots were how cute/powerful Kubfu is and that giant Wailord.

The first proper look at The Crown Tundra today, though, has left me feeling very hopeful that the second expansion has a lot more to offer.

The Crown Tundra is adding two new features that look capable of mixing up the endgame in a significant way if done correctly. The first are the new Dynamax Adventures.

The details from the livestream were a bit light, but it appears to be a new co-op activity where you can delve into a Pokemon raid den and go hunting for Dynamax Pokemon of a specific type.

It looks like there will be branching paths that players can vote on to customize their adventure. Hopefully, for the hardcore crowd, the Pokemon in these dens will have a higher chance of having desired perks such as hidden abilities, Gigantamax, and/or anything else that would make this worthy of the effort such as a decent chance at running into familiar legendary Pokemon.

In addition, there’s the new Galarian Star Tournament where players can team up with an NPC from Sword and Shield to compete in a doubles tournament against pairs of gym leaders and other familiar faces from the game’s story.

Ideally, this would not only be a unique way to grind for some useful items or whatever other perks Game Freak has in mind, but it also looks like a fun opportunity to see various characters interact with each other.

While the overall story of Sword and Shield was largely forgettable, many of the characters did have charm. Featuring more of the stars of the story certainly isn’t a bad thing for The Crown Tundra to hang its hat on.

Just these two additions feel way more significant than anything Isle of Armor brought to the table. But on top of that, there’s the new story campaign, the return of every single legendary Pokemon (including the new Galarian forms of the legendary bird trio), new areas to run around in, and whatever other little surprises Game Freak plans on tucking into The Crown Tundra.

Realistically will The Crown Tundra totally change the minds of people like me that are disillusioned about this generation of Pokemon? I’d wager that the answer to that question is probably not. Dynamaxing and max-raid battles still appear to be the primary gameplay vehicle, and if you don’t like that you’re probably out of luck.

That said, The Crown Tundra does at least appear to have a lot more meat on its bones, and if it delivers on making the end game more enjoyable it may be able to find its hooks in me, and other similarly minded players, once again.

Pokemon Sword and Shield: The Crown Tundra will release on Oct. 22.