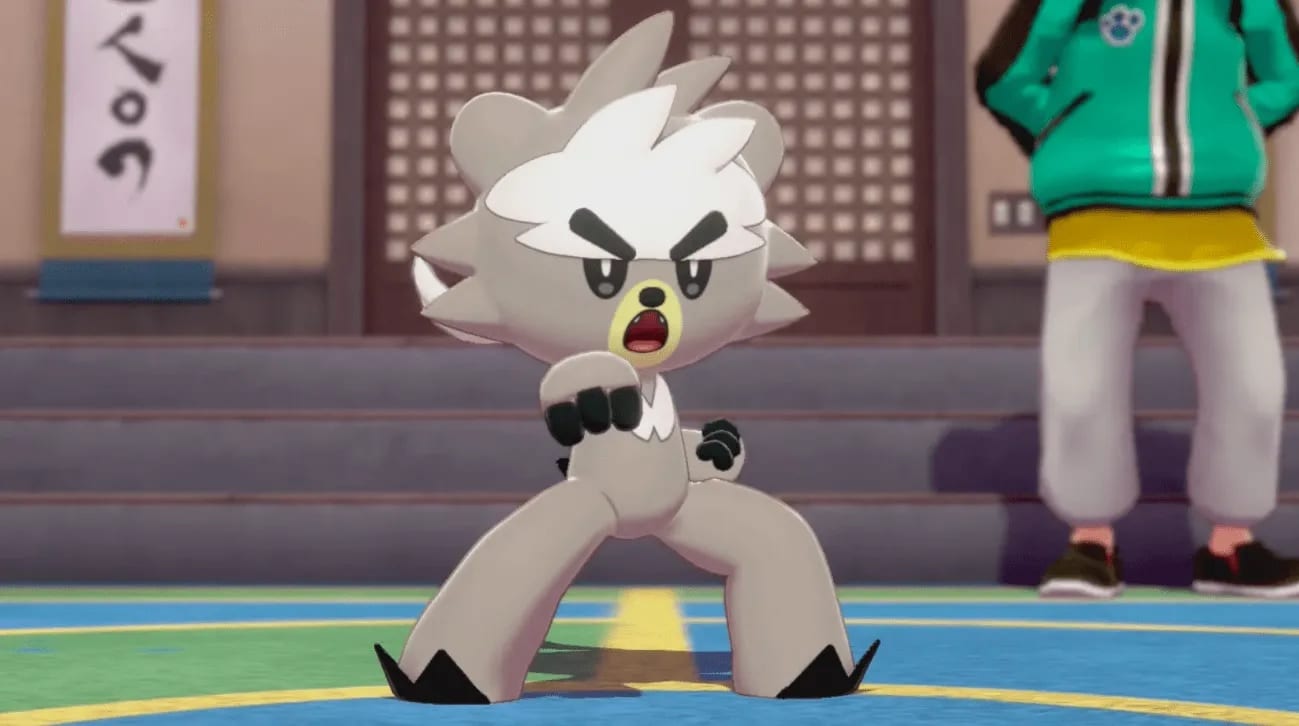 When I first arrived at the Isle of Armor, my eyes were immediately drawn to the massive seemingly to-scale Wailord that had parked itself deep out in the ocean. It was perhaps the most awe-inspiring thing I’ve seen in a Pokemon game. I swam out to it to see if it was real and not just decoration. It was real all right. I wasn’t mentally prepared for it to be level 80 (!) so I panicked and ran away. I haven’t seen the Wailord again since.

That Wailord encounter was the high point of Pokemon Sword & Shield’s first expansion. It was one of the very few memorable moments I experienced during my play time with Isle of Armor.

That moment set the stage for an expansion that I thought was going to be rife with challenge and excitement. Unfortunately, most of what followed was a lot more of the same that I already experienced too much of in Sword & Shield.

Isle of Armor is another light-hearted story with little depth with a heaping of Wild Areas thrown on top. The last thing that Pokemon Sword and Shield needed was more Wild Areas, but before I go off on that, let me first talk about the story.

The story of Isle of Armor sees the main character joining a martial arts dojo and completing a series of trials that will eventually reward the player with the honor of adopting Kubfu, a new Fighting Pokemon unique to the expansion.

Along the way, a new rival (in my case Klara, but Shield users will have Avery) will get jealous of your rapid ascent in the dojo and will try to interfere with your progress. Klara is actually one of the more interesting characters I’ve seen in Sword & Shield, but she doesn’t get enough screen time to confidently proclaim that she makes Isle of Armor’s story that much more entertaining.

From a “feel” perspective, Isle of Armor picks up the baton from Sword and Shield and goes nowhere with it. The stakes never feel high, everyone is overly cheerful, and the story never really made me think or challenged me in any way.

That might seem like a silly complaint for a Pokemon game, but Game Freak has shown they are capable of delivering more mature story lines. Both Sun & Moon and Black & White featured plots that got borderline dark and explored themes such as whether Pokemon training/capturing is abuse, and a look at poverty and child neglect in the world of Pokemon.

Isle of Armor on the other hand barely goes as deep as Saturday morning television program for kids. The life lesson thrown down in this story is that cheating is bad and if you get caught, you should say sorry.

Sword and Shield have regressed the series in this regard and Isle of Armor does nothing to rectify that fact.

It goes without saying of course that 99% of Isle of Armor is mind-numbingly easy from a gameplay perspective. Only a small handful of the battles are at least somewhat hard, and the trials are glorified fetch quests. A major step back from the interesting trials seen in Sun and Moon.

I did enjoy my time with Kubfu, though, for the most part. It’s a very adorable Kung-Fu bear cub, that you go on a pilgrimage of sorts within the story, taking it to pretty scenic areas on the island in order to build its trust in you and inspire it to become a great fighter.

Ultimately you will need to train Kubfu all the way to level 70 (not so bad if you have lots of EXP candy), and then challenge one of two tower trials that will evolve Kubfu into Urshifu. Depending on the tower your choose, Water or Dark, Urshifu will take that type on as a secondary typing and learn a powerful new move.

At the end of it all, whether you enjoyed the story or not, you at least get a pretty powerful new Pokemon to play with (the Kubfu you get will have a few perfect IVs) that you helped raise, and also bonded with.

The main problem with Isle of Armor is that when you’re done with the story, a lot of your time is going to be spent just running around Wild Areas some more.

You do get access to something called Restricted Sparring, which is a twist on the Battle Tower. You need to make a team of three Pokemon with the same type and survive a gauntlet of battles with limited healing for BP. It’s bit too similar to the Battle Tower (with the same rewards) for my taste, but it is something that experienced players will enjoy.

The main issue I have is the over-reliance on the Wild Areas. There’s already more Wild Area land in Sword and Shield than I’m willing to regularly explore. The Isle of Armor areas are pretty… I guess… but they lose their luster quick once you realize that 90% of the expansion’s areas are just beaches, caves, and oceans that are all indistinguishable from each other.

Just yet another large place for you to bike around, run into some random Pokemon and get into max raid battles in. There’s not even much in the way of new Galarian forms which would have been fun to play around with at least.

What Pokemon Sword and Shield desperately needed instead was something radically new in the endgame to diversify away from the repetitiveness of the Wild Areas and the monotony of the Battle Tower which has grown very stale after being implemented in some form or another for multiple generations now.

The Restricted Sparring is OK, and it’s something at least, but I’d love something that allows us to use our whole team and has a separate reward system.

There’s also some other perks that Isle of Armor does have which experienced players will enjoy.

There’s the obvious of lots of new Pokemon being added to the battle meta. You don’t need the expansion to actually get your hands on them technically, but having access to areas filled with these new Pokemon makes it much easier to farm for powerful ones.

The Cram-o-Matic is an interesting crafting mechanic of sorts, that will help make getting useful items much easier. There are also helpful new items that come from the expansion such as Max Soup which unlocks Gigantamaxing for Pokemon that have the ability to do so.

If you picked up the expansion pass hoping for a lengthy and interesting story, or some new gameplay then you’ll probably find Isle of Armor a little lacking as I did. That said, the price of $15 isn’t overwhelmingly prohibitive so if you’re a fan of Sword and Shield, you’ll probably be OK with another similar helping. 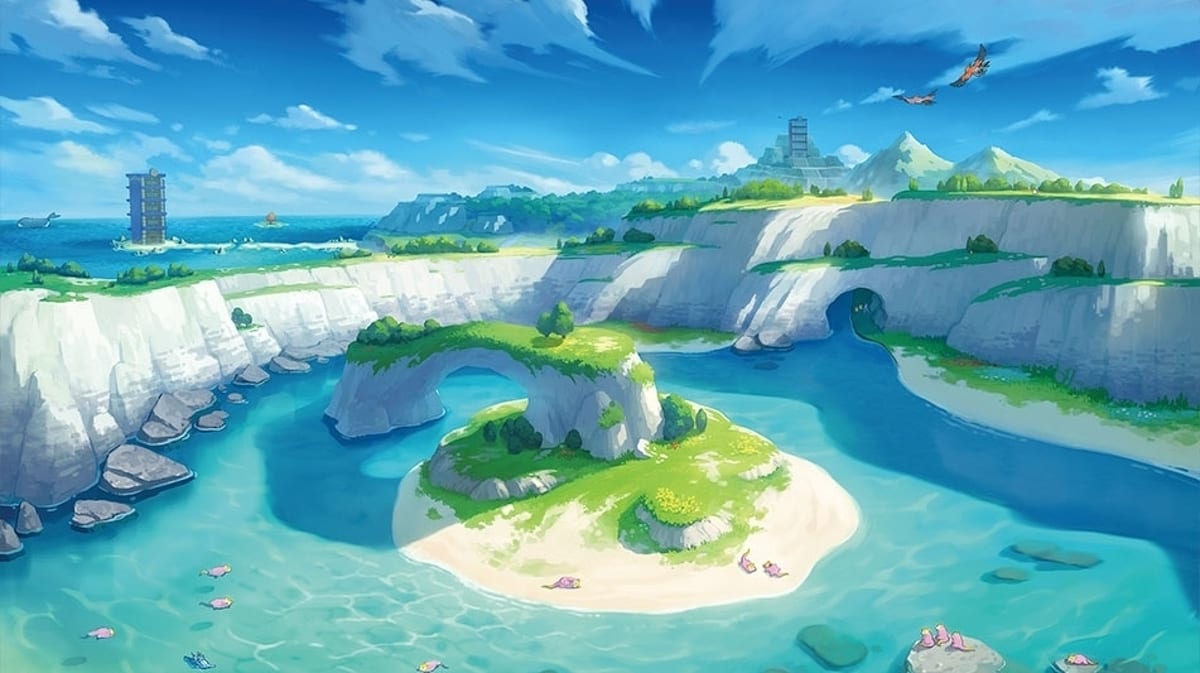