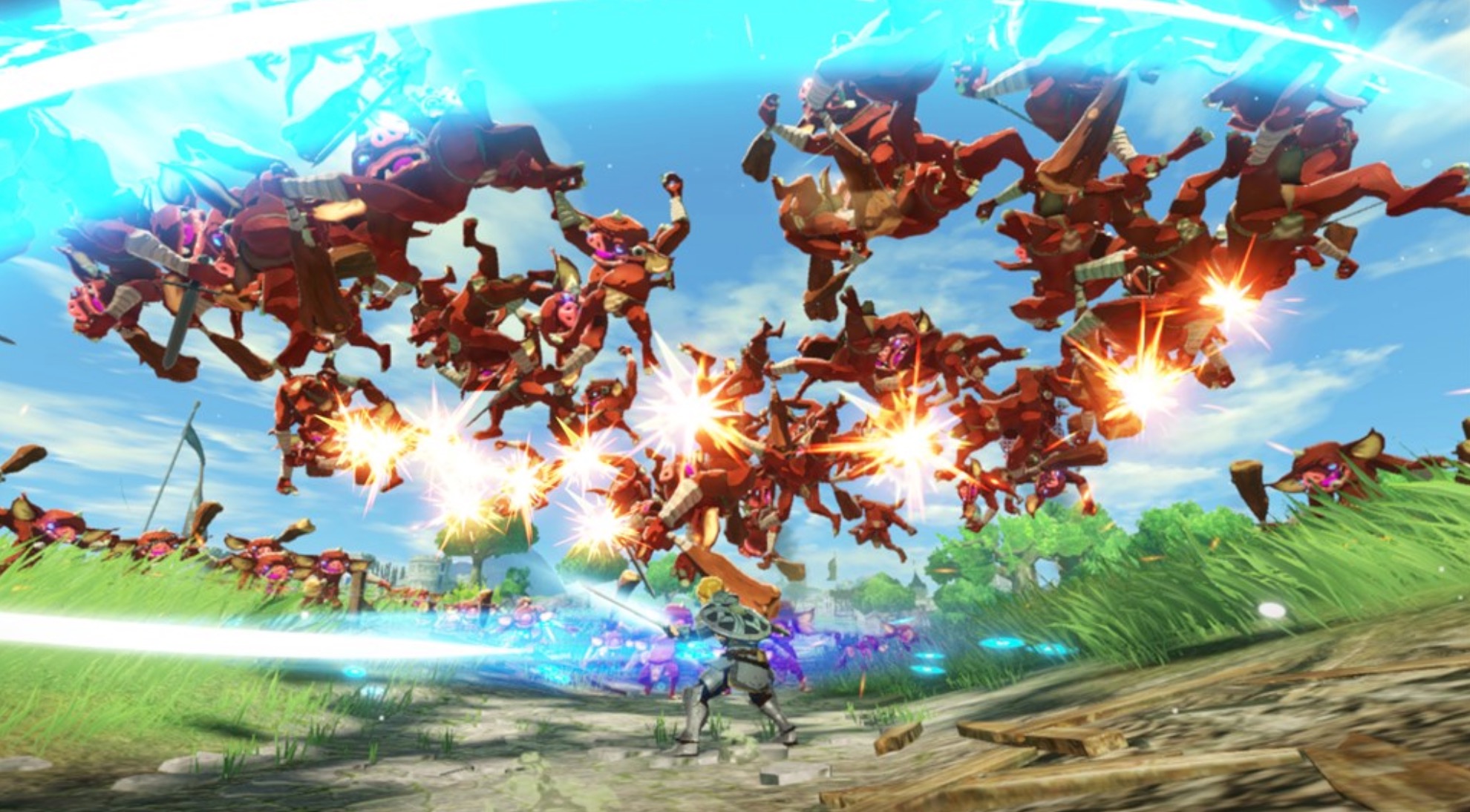 Earlier today, Nintendo announced that Koei Tecmo is currently developing a sequel to Hyrule Warriors that takes place 100 years before the events of The Legend of Zelda: Breath of the Wild. Hyrule Warriors: Age of Calamity will feature local two-player cooperative play, playable Champions (and Zelda), thousands of enemies to fight, and even some puzzles to solve.

Nintendo also released some official screenshots of Hyrule Warriors: Age of Calamity, which you can view down below in the gallery. The gameplay screenshots show us some footage of Princess Zelda fighting some lizard enemies, the four Champions doing what they do best, Link killing tons of Bokoblins, and Hyrule Castle before it was decimated.

Hyrule Warriors: Age of Calamity is set to launch this holiday season for the Nintendo Switch on Nov. 20, 2020.

As for when Breath of the Wild 2 is coming out, Eiji Aonuma, the producer on Zelda, mentioned during the Hyrule Warriors reveal today that fans need to wait just a bit longer for new updates on the title.

Coincidentally, the 35th anniversary for The Legend of Zelda franchise is happening next year, which would be the perfect time to release one of the most anticipated sequels of all time.

For more on Hyrule Warriors: Age of Calamity, make sure to check out this story on the Champions amiibo relaunch.