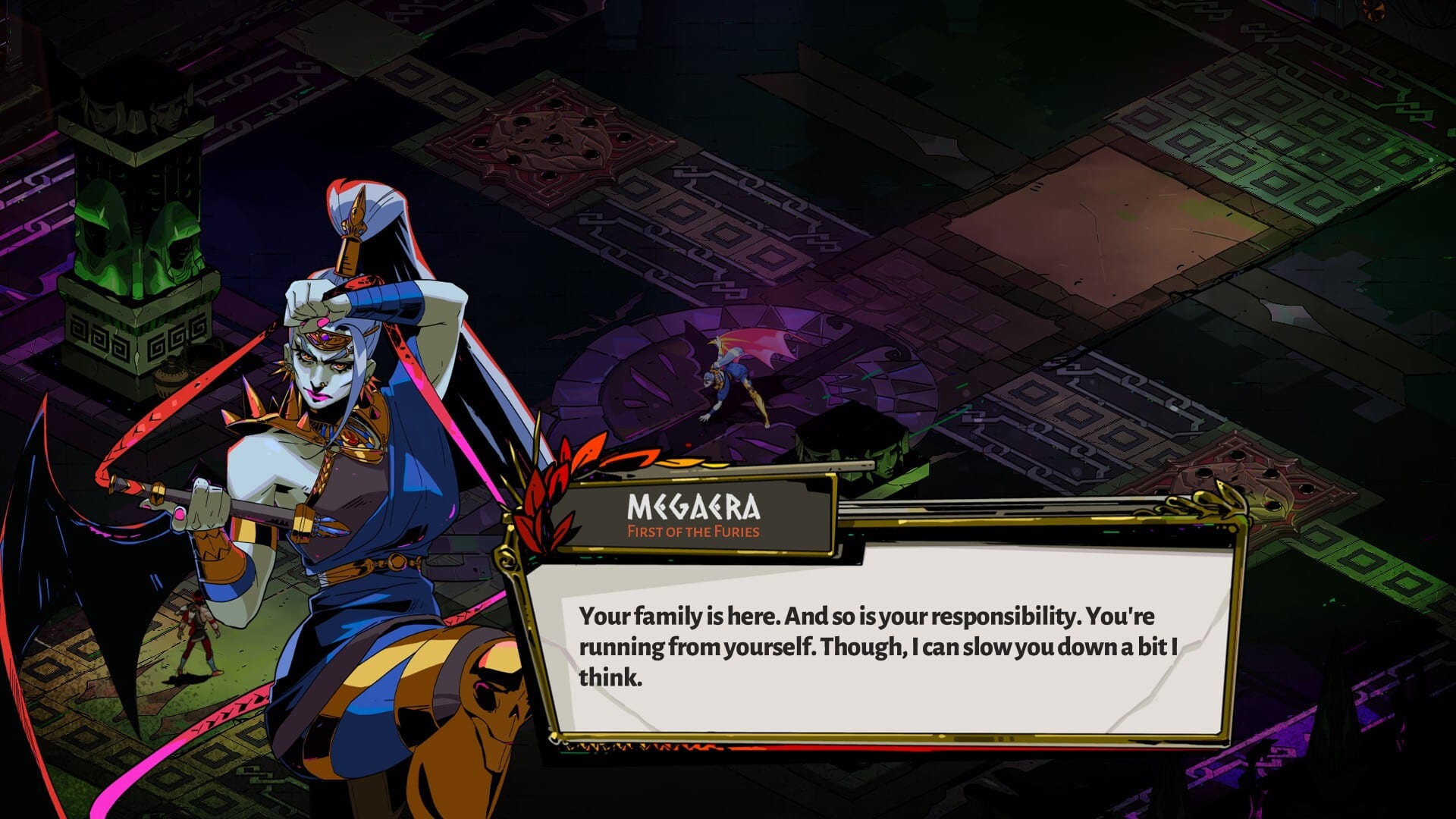 Just as most rogue-likes do, Hades features various bosses that you need to beat to progress through each area. The boss of the first area (at least to begin with) is Megaera, and she’s pretty tough. So that you can progress on to the next biome of the game, here’s everything you need to know about how to beat Megaera the Fury in Hades.

Referred to as Meg throughout the game, Megaera is the prominent Fury sister in Hades and will be the first real challenge you come up against in the game.

How to Beat Megaera the Fury in Hades

She has four attacks, each of which are very different, and they are:

While you’ll be helped by the Boons you’re using, there are a few tactics that can be very helpful. First of all, we’ve found that the “Aegis”/Shield of Chaos or the “Varatha”/Eternal Spear weapons can very useful as they allow you to keep your distance from Megaera and beat her with ease.

That co-insides with the first tip we have for beating Megaera in Hades. You’ll want to keep your distance as much as you can, taking advantage of your special, especially if it has been upgraded by Boons, and any AoE dash attacks you’ve unlocked.

Meg is quick and will strike at a moment’s notice, so keeping your distance and striking from afar (or moving close to strike quickly then moving away again) will keep you from taking damage.

Doing so will stop her from using the Whip Whirl attack and will allow you to be ready for incoming range attacks. Dashing a lot, using triple dash if you’ve unlocked it, will allow you to stay out of range of the Artillery attack, possibly allowing you to move it to attack normally while she’s firing.

There are also some helpful Boons to use if you can find them, which are:

A combination of those, focusing on Special and Dash upgrades, will make the Megaera boss fight nice and easy, so keep a look out for them.

That’s everything you need to know about how to beat Megaera the Fury in Hades. For more tips and tricks on the game, be sure to search for Twinfinite.