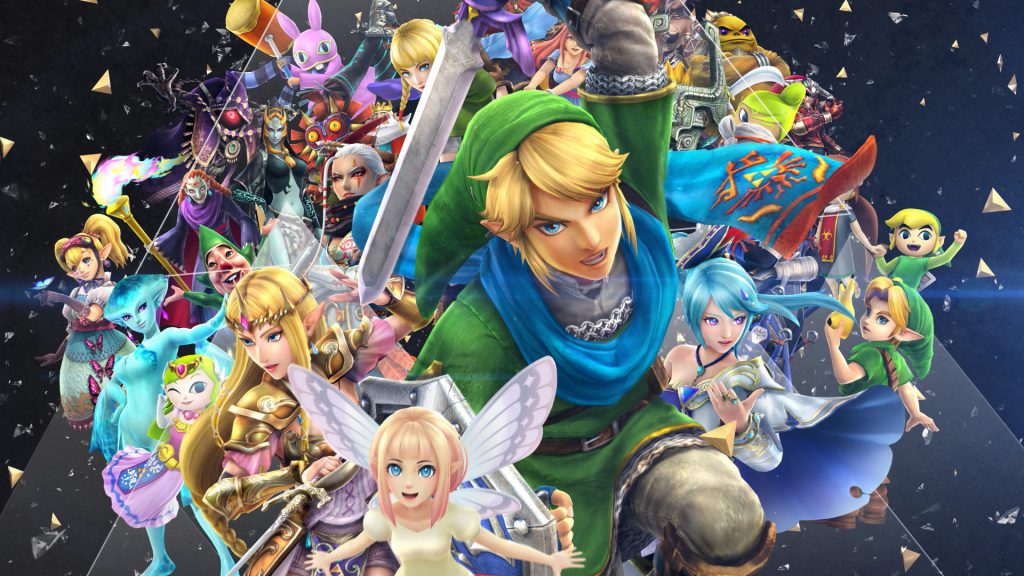 Last time we talked about the roster of Hyrule Warriors: Age of Calamity, we kept our choices limited to just characters that appeared in Breath of the Wild.

Here, we’re going to expand the net a bit. One of the strongest aspects of the original Hyrule Warriors was how many different Zelda games were represented, and how much love the franchise got as a whole, so it’d be a shame to see the sequel move away from that.

At this point, we’re not sure which characters, if any, will be returning from the original Hyrule Warriors. We’d personally hope all of the first game’s cast of characters return, but even in that all-star lineup, there are a few characters that missed the boat.

We’re hoping they get a second chance here. So let’s take a look beyond the cast of the wild for even more warriors we want to see.

Vaati feels like one of the biggest omissions from the original game’s cast.

He’s the main villain of three different Zelda games, has a workable human form alongside a monster form he could use as a boss battle, and has all sorts of wind-based attacks to draw from. Yet he was skipped. What gives, Koei Tecmo?

Regardless, if we do see other games outside of Breath of the Wild represented, Vaati ought to be the top priority for a new slot. As quite literally the most recurring villain in the series aside from Ganon himself, it just doesn’t feel right to have him sit out on the sidelines.

The big bully character of Skyward Sword, Groose, has quite a fan base of his own due to his humorous antics and surprisingly enjoyable character arc.

When it comes to representing Skyward Sword, you’d think he’d be a natural inclusion, but Hyrule Warriors (along with all its DLC) came and went, and Groose was left out.

Fans have been asking for Nintendo to let the Groose be loose since the original release, and hopefully, they’ve heard those fans’ cries.

Kit him out with a mobile version of his trademark Groosenator catapult, or let him bring his signature black pompadour’d Loftwing into battle and he’ll be all ready to conquer enemy keeps in style.

Now, these two certainly feel like an odd omission. All of the other notable sages from Ocarina of Time are playable, but these two got left out in the cold. While Ocarina of Time has plenty of characters already, it feels wrong for such an important set to go incomplete.

Both characters have the perfect ways to make their entrance as well. Saria can take over Lana’s Deku Stick moveset (that really should have been hers in the first place), and Nabooru could fight using the axe she wields in the Iron Knuckle bossfight against her.

With one moveset already made, and the other being an all-new weapon type for this game, there’s little reason to leave these two out again. It’s time to finish the set.

From one duo of ladies to another, very different one, we have Koume and Kotake, collectively known as Twinrova. These duo of dastardly witches are actually incredibly important to the Zelda series, as they’re the baddies that raised Ganondorf to be as bad as he is. With that kind of pedigree, counting them among the Zelda all-star cast seems like a no-brainer.

Ganondorf’s twin moms would likely function as one composite character like Smash Bros.’s Ice Climbers, casting fire and ice spells simultaneously to both freeze and fry their foes.

Throw in a few more powerful attacks where they merge into their larger, combined self, and you’ve got a mechanically unique warrior that really stands out from the rest of the cast.

Plenty of Link’s allies get the spotlight in Hyrule Warriors. Sidekick characters like Fi, Midna, and Tetra get to have the spotlight for once on the battlefield through this series. But one notable and beloved sidekick is still waiting for his turn to shine – the ineffable (and definitely not cowardly) Linebeck.

Linebeck hails from Phantom Hourglass, and quickly became a beloved character due to his hilariously self-centered nature, love of treasure, and his growth over the course of the game.

In battle, he could use his steamship, the modestly named SS Linebeck, to pepper enemies with attacks from afar, and he could fight up close using the Phantom Sword he gains later in the game.

Another duo entry brings us Veran and Onox, the villains of the Gameboy games Oracle of Ages and Oracle of Seasons.

As some of the few characters to manage to be main villains without Ganon hijacking them, they’re already notable but add in their unique designs, abilities, and weapons, and we’ve got a duo worth saving from the scrap heap they’ve been consigned to.

Both characters haven’t been used since the original Gameboy titles, but many fans have hoped to see them return to the series. Maybe Age of Calamity will be their chance.

The original Hyrule Warriors featured two characters from A Link Between Worlds in its lineup – the cowardly shopkeep Ravio and the beauty-obsessed sorcerer Yuga. But these two characters were part of a trio – and the third member, Hilda, was left out.

Despite her visual similarity to Zelda, Hilda could easily have a unique moveset that takes advantage of her nature as Zelda’s darker counterpart.

Using Lorulian magic like wall-merging and shadows, her reverse-Triforce staff, and the weapons Ravio doesn’t use would give her plenty of unique abilities to set her apart from Zelda.

Dampé might not be winning any beauty contests in the future, but he might just be able to help win a war. This unassuming gravedigger might not seem like much, but he’s been a surprisingly consistent character, appearing in seven different games across the series. It certainly seems like enough to at least get him considered for this game.

Anyone who’s played Shovel Knight knows how versatile of a weapon a shovel can be, but Dampé could also play into the gravedigging aspect of his character by digging up undead Zelda enemies as part of his attacks.

Unearthing a Poe that shoots flames, a Redead that stuns enemies, or a Dead Hand that drags foes closer could all be aspects of Dampé’s cold and clammy playstyle.

Cadence of Hyrule, back when it was announced, was a huge surprise to fans of the Zelda series. An indie company officially taking on the Zelda franchise was unheard of, but with the game having released to rave reviews, we think it’s time Nintendo now returned the favor by giving Cadence herself a little extra love.

As now an honorary Zelda character, Cadence could bring a whole new flavor to the roster, using all kinds of Necrodancer content and weapons in her kit.

She could even have a unique, rhythm-based gimmick, wherein perfectly timed, rhythmic attacks could make her more powerful, or give her wider range. Either way, she’d certainly be an appreciated addition, and a great shoutout to one of Zelda’s most unique spinoffs as of late.

Finally, we come to the end of this massive list, and we’re capping it off with the grand-daddy baddie of them all: Demise.

Demise is an extradimensional demon lord, and the precursor of Ganon himself. He spends most of Skyward Sword as the massive beast The Imprisoned, but is freed just in time for a climactic showdown with Link.

While technically he appears as a boss in Hyrule Warriors in his Imprisoned form, we’re hoping to see him promoted to playable in his humanoid form here.

Such an important character to the series deserves better than to be stuck as a gigantic, unplayable avocado with teeth. Here’s hoping we’ll be striking foes down with his lightning strikes and savage blows soon enough.

Whew! With that, our very extensive list of characters we’d like to see join this new entry in the Hyrule Warriors series has come to a close.

Who’s your favorite proposed addition? Is there someone we managed to miss in our rundown? Let us know in the comments below, and stay tuned to Twinfinite for more on Hyrule Warriors: Age of Calamity.