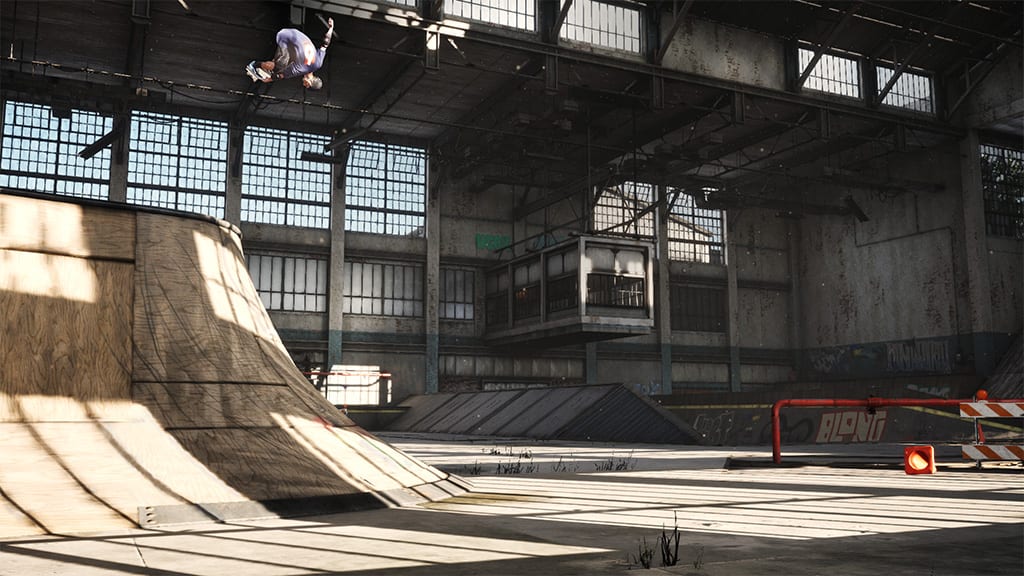 From the moment you start up Tony Hawk’s Pro Skater 1 + 2 it’s clear that the game is going to be a shot of pure nostalgia. Guerrilla Radio by Rage Against the Machine combined with the footage of all the playable skaters shredding was a trip back to the early 2000s.

If Rage Against the Machine isn’t your thing then you could always hit R3 to skip the song, even while skating. Better yet, if you only wanted to hear Superman while tearing it up at the Warehouse, then you could go into the settings menu and customize the playlist that way. But that’s just the tip of the iceburg when it comes to customization in THPS 1 + 2.

The trick customization in this game is absolutely bonkers. There’s a massive list of special tricks you can add to a single skater. In the demo, you could only assign five specials from a list of 29, but it appeared that the full game will allow you to assign 10.

Even better, you can customize a list of up to 12 grab and flip tricks and eight lip tricks. This is a massive amount of customization assures that no matter who you play that you’ll always be able to feel comfortable with their tricks.

That said, customization likely won’t let you make every skater have the exact same set of tricks. There are still some special moves that don’t even appear on Tony Hawk’s list of options. Of course, that could just be the demo restrictions, but it’s hard to tell since these moves were completely omitted instead of being grayed out.

Fortunately, the classics are still there like The 900 and even the 360 Varial McTwist from THPS4. And each special trick feels just as incredible to land as it did back in the day. I went back to the good old Dreamcast version of the original game to check out the Warehouse again.

Comparatively, this new version feels fantastic and certainly plays differently compared to the original, but in a good way. It’s less floaty which means you can’t just whip out 720 grab and flip tricks whenever you feel like it. But don’t fret, this title still has a somewhat arcadey feel that separates it from a more realistic skating franchise like Skate.

Another place where this title differs from the original is obviously the visual presentation. The UI is extremely similar when compared to the original. But the upgraded 3D models for both skaters and environments look fantastic. On top of that, the HDR settings give the Warehouse much better lighting.

Vicarious Visions retains the grimy and overall disgustingly damp feeling of the Warehouse. Then they spruce it up with some ambient light that makes a wonderful contrast to the darker areas if you have an HDR display. It almost makes the unlit areas feel even more uncomfortably dingy.

There’s no denying that Tony Hawk’s Pro Skater 1 + 2 leans heavily into nostalgia. At the same time, the new customization options, the fresh coat of paint, the tighter controls, and general quality of life updates make this title feel like a fun 2020 game instead of a remake of two late 90s, early 2000s titles.

You can check out Tony Hawk’s Pro Skater 1 + 2 on PC, PS4, and Xbox One when it launches in just a few weeks on Sept. 4. Pre-ordering the title will give you access to the Warehouse demo I tried out starting on Aug. 14.