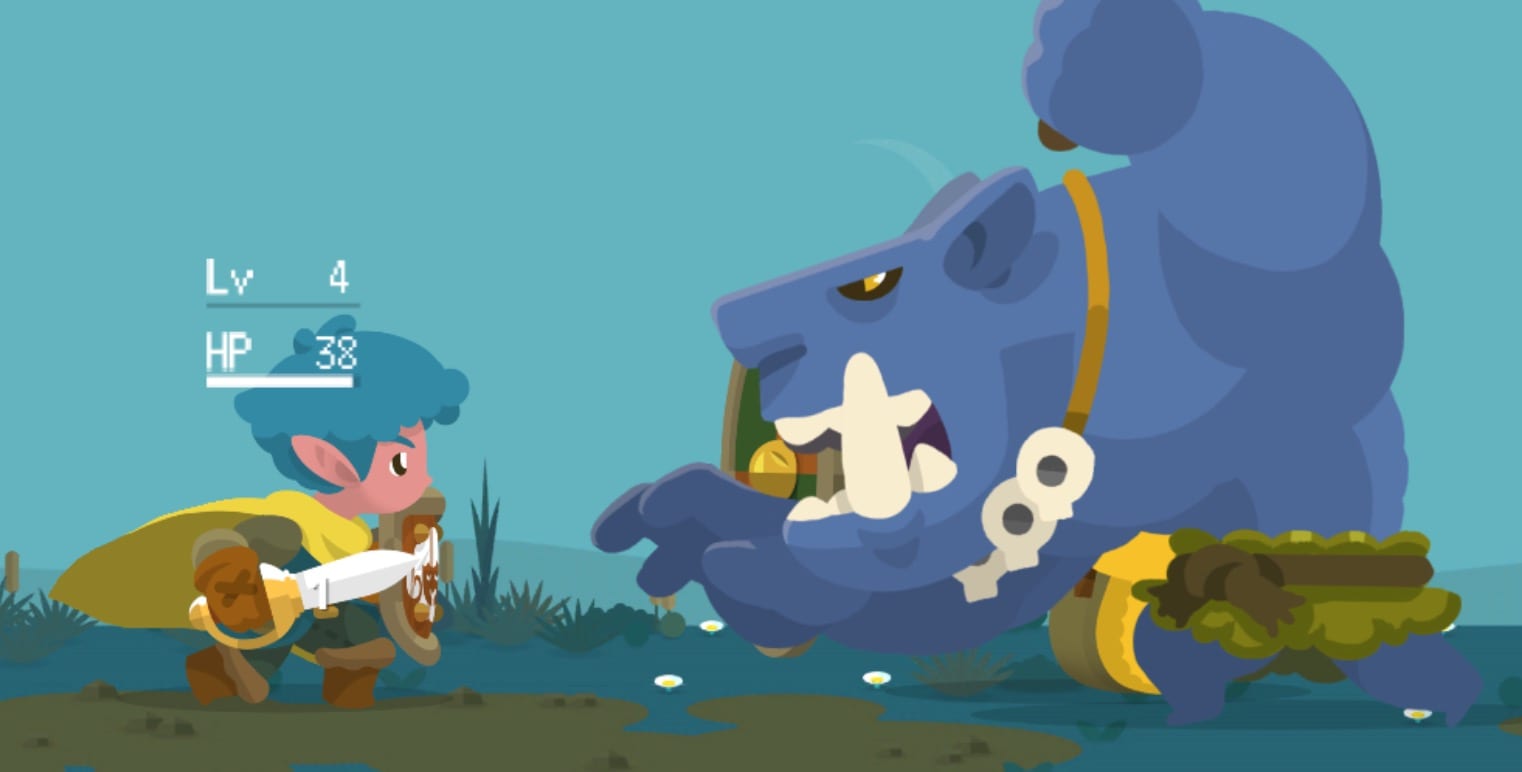 Takeshi and Hiroshi actually released on Apple Arcade late last year but didn’t get too much attention, which was an absolute shame. But now that this indie darling is on the Switch, more people will get their hands on it, and that makes me very, very happy.

Takeshi and Hiroshi is the perfect title to play on a handheld device such as a smartphone or a Switch. The game is told in bite-sized vignettes, with each chapter only taking about 5-10 minutes to complete.

You see, Takeshi, the older brother in the picture down below, is a 14-year-old game designer to-be, and his little brother, Hiroshi, who happens to be sick in the hospital, waits eagerly to play the latest chapter of his brother’s epic game that he’s currently working on.

Takeshi and Hiroshi is an RPG when it comes down to it, but the gameplay mechanics are a bit different than your standard turn-based affair. It combines perfectly with the narrative, and the concept is truly something unique.

Instead of battling through enemies and controlling your actions, you instead get to control the game that Hiroshi is playing by choosing the appropriate monsters to create a combat scenario.

There’s a Joy meter and a Stress level on the top of the battle screen at all times, and when Hiroshi is enjoying the game and having a grand ol’ time, his Joy meter goes up.

The goal for every stage is to make each battle difficult for Hiroshi to complete but not too difficult that he would get defeated. You have to think strategically about what monsters to place and when –it’s all about showing him a good time and giving him challenges to overcome.

You have a total of five rounds to get the Joy meter to 400. The first few levels in the game are fairly simple, but the farther you go, the harder it gets.

You want to make sure that Hiroshi is left badly beaten every round so that his enjoyment levels go up, which reflects on him in the real world as well. The more challenging it is, the more points you get, and the happier Hiroshi is in the real world.

And Hiroshi needs that happiness and enjoyment in his life. He lays in a hospital bed all day and the only thing he looks forward to in life right now is playing the newest level of Mighty Warrior that his older brother has crafted for him.

And when you’re not cheering Hiroshi up with Mighty Warrior, the game’s cutscenes give players more details on the brother’s family situations and we even see Takeshi’s classmates at school.

It plays out similarly to an animated television show that you would see after school or something. It has a gorgeous stop motion art style, and while there is no voice acting, the sound design is very well done and superbly accompanies what’s happening on-screen.

Takeshi and Hiroshi is such a heartwarming, charming, and feel-good video game that lots of people will probably sleep on. The way that the game’s narrative intertwines itself with the gameplay segments is something really novel and wonderfully appealing.

It’s so simple that anyone can pick it up and play it but it still manages to create a challenging yet rewarding experience that can be finished in a day –and it’s just so darn cute, okay!

Takeshi and Hiroshi is now available on Apple Arcade and the Nintendo Switch. If you purchase the game now, you can get yourself a small introductory discount on the eShop.