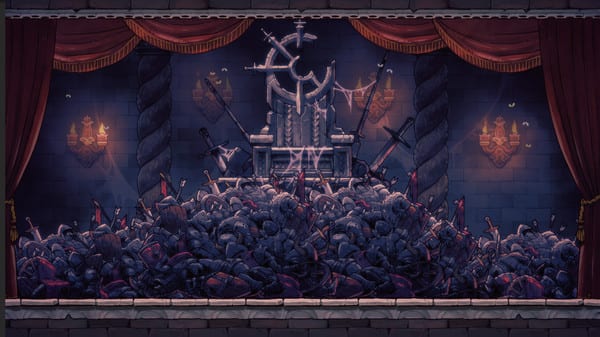 Rogue Legacy 2, the sequel to the hit indie rogue-like, is out now in early access on PC. As all roguelikes do, Rogue Legacy features loads of tricky enemies for you to try and battle through. If you’re struggling with any particular rooms or sections of the castle, here’s everything you need to know about how to change difficulty in Rogue Legacy 2.

Rogue Legacy 2 is similar to the first game. You’re trying to take out a series of bosses in a castle, starting from the beginning as a new descendant of your family each time you die.

How to Change Difficulty in Rogue Legacy 2

Due to how roguelikes work, you can’t change difficulty in the traditional sense. There is no easy, no hard, and you’re not able to change any settings. Instead, the game will just get naturally easier as you play.

Each time you die, you get to choose a new character and use your gold on upgrades and skills. With those skills, you’ll find it easier to take on the various rooms of the castle.

Also, you’ll find certain characters easier to play as than others. Some builds will have features that hinder you and other builds might feel better to you. Keep trying out different ones as you play, farming as much gold as you can, and Rogue Legacy 2 will get easier. Since there are no difficulty settings, that’s as much as you can do.

That’s everything you need to know about how to change difficulty in Rogue Legacy 2. For more tips and tricks on the game, be sure to search for Twinfinite.