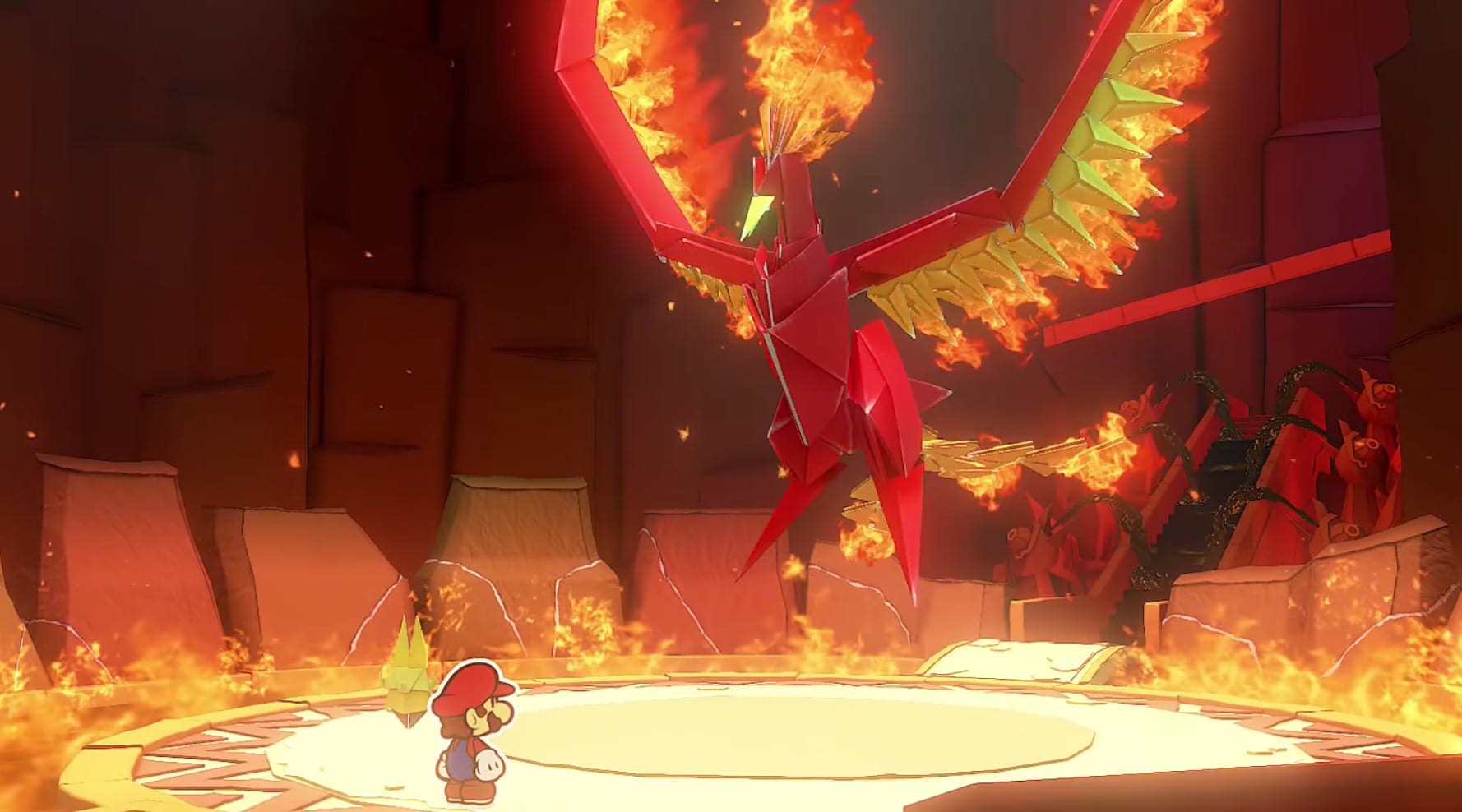 Like any of the past boss fights in Paper Mario Origami King, you’re going to need to navigate Mario around the battlefield until you can get access to the Fist tile to get an attack on the boss.

Before you get all excited to deal damage, just know that the best course of action here is to use any sort of Boots weapon, especially a powerful one if you can get your hands on one from the shop.

Every time you damage the Fire Veullumental, it’ll unleash fiery feathers onto the field, so make sure to avoid those when you’re traversing the field. Each one deals 10 damage and can potentially kill you if you’re not too careful.

Make sure to also run over the +1 tiles when you can because they let you perform an extra attack on the Fire Vellumental. You can also spot some hearts and chests to score some extra goodies, but the main focus should be to damage the boss while keeping your HP as high as possible.

These boss fights can take quite some time to go through, which makes losing not an option!

If you unleash the Water Vellumental attack too soon, the Fire Vellumental will regain all of its strength and HP, which is something you do not want happening due to lost time.

Once the time is right, get to a Magic Circle and Mario’s special move will drown the battlefield, removing all of the dangerous feathers and more importantly, the boss is now open for a 1000-Fold Arms attack.

And if you performed the move correctly, the boss fight will finally come to an end!

Hopefully, this guide helped you learn how to beat the Fire Vellumental boss battle in Paper Mario Origami King. If you’re looking for even more tips and tricks, just search Twinfinite or scroll down below: