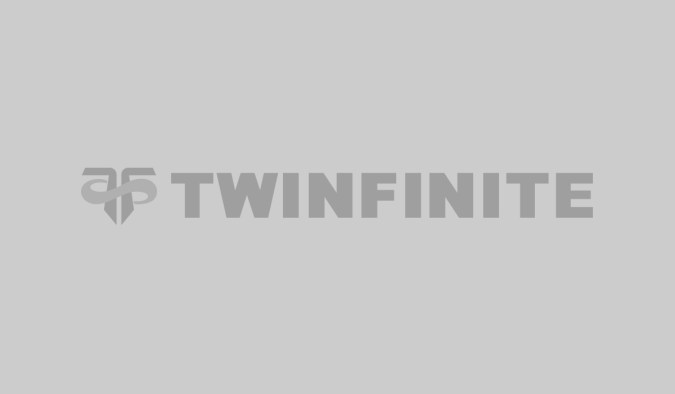 The absolute first thing to mention is how similar Fairy Tail is to the biggest Gust series Atelier. From separate and condensed maps to picking up random ingredients from the side of the paths for synthesis, it’s very Atelier. Just needed that bit of information out of the way.

The second most striking thing is that, in many ways, it feels like Fairy Tail was made explicitly for fans of the anime. According to the list of story arcs, the game doesn’t take place until episode 122. It was astonishing to learn this, as it’s usually not the case for the first game adaptation.

The opening of the game feels very much like it is assuming (for those who haven’t seen the show) you know far more than you might. However, the game is also kind enough to give a bit of background information in the form of eight pieces of “Story” in the game’s encyclopedia that can be accessed as soon as you take control of Natsu. Even so, when these moments are referenced throughout the story, it feels flat having simply read a couple paragraphs about them.

Fairy Tail plays as a fundamentally sound but basic turn-based RPG (again, very Atelier) with a group of party (starts at three and goes to five) members who all have different elemental specialties to offer to the guild itself, and allows for some level of group synergy.

As the story covers so much ground, sometimes you don’t get to play out events, there are scenes where Lucy simply recounts details you didn’t see in journal entries that use visuals from the anime.

While there is a lot of story covered in the game, the text box dialogue doesn’t overstay itself welcome and story moments are just long enough to be informative and enjoyable, but short enough to not break up the flow of the game.

The story starts with a guild known as Fairy Tail fighting a battle against an older wizard called Hades who wants to open a portal to another world. Fairy Tail wins but then, once gathered outside on Tenrou Island, they are attacked by a dragon from the sky.

It’s a devastating attack they all know they would never survive. The friendly spirit of the guild’s first master protects the guild members from the attack, but the resulting protection seals them away for seven years.

Upon waking/returning, the members of Fairy Tail find that their guild house in the city of Magnolia has been entirely downgraded and is currently in the care of a man and his son, nowhere near the elite status it was before their disappearance.

As they work to build the guild back up, the members of Fairy Tail are told that the Grand Magic Games, a tournament that decides the strongest Guild in the Kingdom of Fiore, will be taking place in three months’ time.

Speaking of the guild, from the very first entrance into the Fairy Tail building, the game becomes focused on requests, and raising your guild rank from the very bottom 168th rank in which it currently languishes.

It is through requests that this rank is raised, with the difficulty of the request determining how much of an increase that the guild sees. Certain other guild related fixing up also contributes to the rank increase.

The guild is home to some extremely helpful facilities that do things from provide a bar to buy stat increasing drinks, a library that increases the XP non-active characters receive, to a storeroom that automatically gathers items from the world for you to collect.

These facilities can be upgraded 10 times each, and are where the bulk of the money in the game is spent, as there aren’t many other places that are worth money of any sort. They aren’t available off the bat and cannot even be fully leveled up until the epilogue, leading to a bit of frustration if you just want the benefits to stack up.

Requests work in ranks from D-S, while that gives five whole levels in which to work, the requests don’t vary from each other all that much. At the base level, there are the requests with names, and there are the numeric/regular requests (C-1, for example) that can be retaken over and over. The regular requests don’t have any story and simply task the player with heading to a location and killing a specific number of one or two types of monsters. There isn’t any story, you just accept the request and go.

The named requests have some sort of story, such as needing to find a thief in the town or collect ingredients. Thankfully once any request is finished you are instantly given the option to teleport right back to the guild (normally a two-step process to return) and report it.

You can only accept one request at a time, which is understandable as some of these quests can change the landscape or enemy layout slightly, so overlap would be tough.

It’s a little frustrating that the game puts a heavy emphasis on requests throughout the beginning of the first chapter to then lock you out of them for a decent chunk of the early game and during certain parts of the story.

Other than the main guild requests there are Community Service requests which are received from talking to certain people all over the handful of maps in the game, they typically only one one or two items. These requests lack any sort of context or story behind them and are, in fact, soulless fetch quests.

The reward for all of these is some rank of lacrima, the game’s attribute raising gems. But, considering the game gives you more lacrima than you can handle, if it weren’t for the existence of the trophy for finishing all 50 of them, there wouldn’t be a whole lot of incentive to them.

Combat is your standard turn-based fare. It doesn’t feature a turn order, as is a usual Atelier staple, and instead each side takes its own turn together, and wails on the opposition all at once. Enemy placement is in a grid, whereas ally placement is straight across. All magic area attacks have a certain Tetris block shape so some level of strategy is aiming the area of effect to where it will do the most damage.

The biggest presentation of combat is also its biggest flaw. With Fairy Tail being an anime based on some really flashy magic, you can bet the battle animations are just as much of a show.

In early battles when you only have one type of magic, the spectacle wears extremely thin and fast, though. The best way I found to get through battles was to turn off animations completely, and it never made sense to bring them back.

Turning off the animations didn’t diminish any of the game’s appeal, as there are still cutscenes that can take place in the middle of a battle to provide the same thrill.

Speaking of using magic, it’s just about the only option. Physically attacking never seemed worth it. In all reality, combat is one of the weaker parts of Fairy Tail, as it feels too simple without anything behind it, there’s just about no strategy required outside of just slapping down your highest power magic repeatedly. Often the auto battle option provided more to the flow of the game than actually taking part in fighting.

It isn’t that there is anything fundamentally wrong with the combat, it just doesn’t retain the excitement long-term for a game based on Fairy Tail. There is a heavy reliance on button pressing in a small window for either follow up attacks (like Atelier) or the awakening power-up to negate damage.

There is a really cool mechanic to initiate combat in the form of Link Hunt. Link Hunt works with letting you choose how many enemies you want to take on at once (when you have upgraded the corresponding facility) no matter where you are on the map.

As combat occurs in a sort of grid layout, the monsters are grouped, so it doesn’t look as daunting as the Link Hunt makes it seem. The Link Hunt ability arrives pretty late in the game, but is useful for getting to the level cap.

Where Link Hunt shines most is in exploration, in every map there are impediments that require a certain amount of damage within a battle to destroy, but they don’t always have an enemy close enough to engage. But with Link Hunt, you can start a battle wherever you want even if the map has been cleared.

Clearing this debris is super helpful as it can either lead to chests or open up shortcuts through the map. You never need a shortcut out as you can fast travel at anytime from anywhere in a map, outside of certain area locked story stuff, of course.

There aren’t that many locations in the game. Out of the nine locations, three of them don’t even become available until the game’s epilogue. Some areas are larger than others and as each area has ingredients to pick up off the ground that are required in both facility remodeling and Community Service Requests, every area gets plenty of focus.

Some of the game’s cut corners are obvious and slightly off-putting. One such cut corner is that certain characters are never rendered and only speak through text box, so it’s easy to forget they exist.

Even further than this, some of the smaller cat characters can transform, and when one is transformed, you only ever see the transformed character through images from the anime, if at all.

Fairy Tail isn’t the worst anime to video game adaptation, and stays truthful to the guild functions shown off the anime. While it won’t blow your socks off, it’s a decent turn-based RPG and fans of Gust titles will certainly find the right amount of enjoyment. It’s the right amount of all the moving parts as long as you don’t jump in expecting too much depth.

If you want a pretty easy anime game with a fun story and an honestly very easy platinum, this game is for you, but it is hard to recommend outside of a preexisting base of Fairy Tail fans. 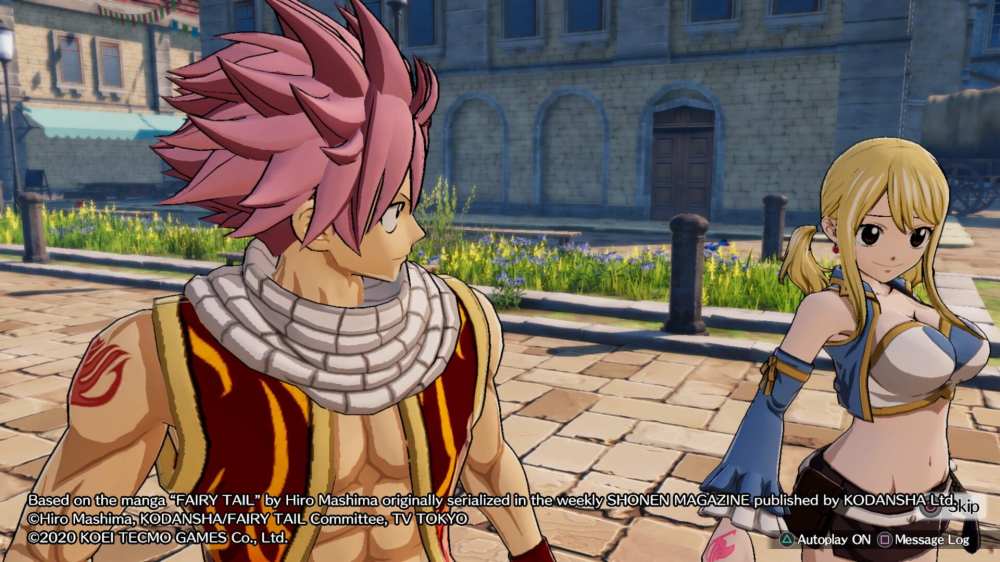