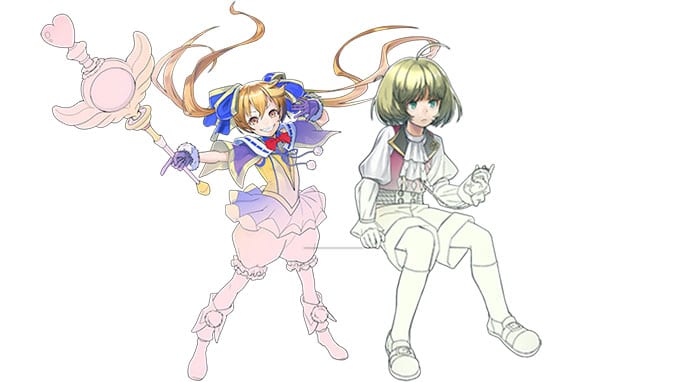 Today the developer posted an update detailing two characters that were unlocked by stretch goals, Mellore and Rody.

You can see them portrayed above and read about them below.

Mellore is on a grand adventure to become a mage, but what she pictures in her head and what mages actually do are…shall we say…two different things. She’s completely convinced that the spell-slinging “magical girls” depicted in one of her father’s books are what the job is all about.

“In the name of love and justice… I am Mellore and I call my magic!”

HOME: Son of a League craftsman

A boy who dreams of being a great watchmaker. Is he a little disagreeable? Yes. But there’s something about that sparkle in his eye as he gazes, transfixed, at an elaborate timepiece.

“Ohh… So that’s what makes it tick… Well, I could put together one of these, easily. Just give me a year.”

Speaking of stretch goals, the crowdfunding total is now over $2.9 million, currently sitting at $2,909,227 and growing.

This means that the stretch goal for Rody has just been unlocked while the Western Linguistics goal has been revealed as a Brazillian Portuguese localization.

Two more stretch goals have been revealed: “And they’re off!” at $2.95 million and “Mo’ Money, Mo’ Problems” at $2.975 million. Neither has been explicitly explained so far.

Eiyuden Chronicle: Hundred Heroes’ campaign was launched on Kickstarter less than a couple of weeks ago, reaching its basic founding goal in two hours and unlocking console platforms shortly after.