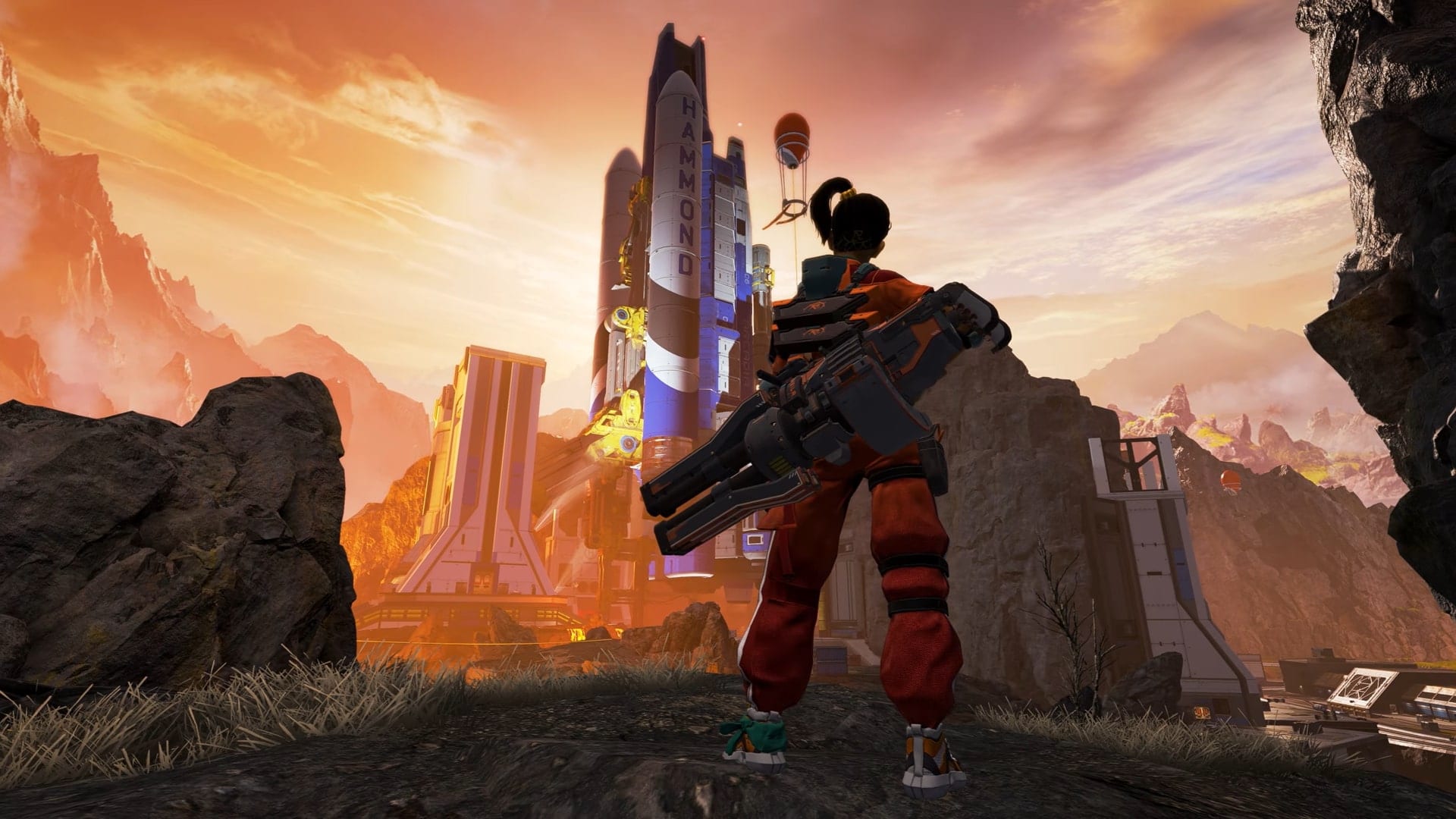 Apex Legends Season 6 was officially revealed last week in a short trailer. That same trailer also teased new Legend, Rampart. She even got her own Stories From the Outlands video shortly after that. And now, it’s time to finally see some Apex Legends Season 6 gameplay.

This gameplay trailer is meant to build hype for the new season ahead of its Aug. 18 launch while simultaneously providing a few new details on what players can expect to see. It does a pretty good job of both.

Apex Legends Season 6 is titled “Boosted“, and that’s probably because of the new giant rocket that can be seen in the gameplay trailer. The trailer also gives us a look at the new crafting system, cosmetics, World’s Edge map changes, and Rampart’s abilities.

Players will be able to collect materials throughout the map in order to craft new guns, attachements, ammo, and more.

As for Rampart, she can set down a shield wall that can be shot through by allies, but not by enemies. We also see her turret, Sheila, in action as well.

You can check out the Apex Legends Season 6 gameplay trailer below to see all of the aforementioned changes and additions to the game for yourself:

Be sure to gather all the Treasure Packs you need to finish the Season 5 PvE Quest missions before Season 6 begins to learn some world lore, and grab a few cosmetic rewards. There are only a few days left!