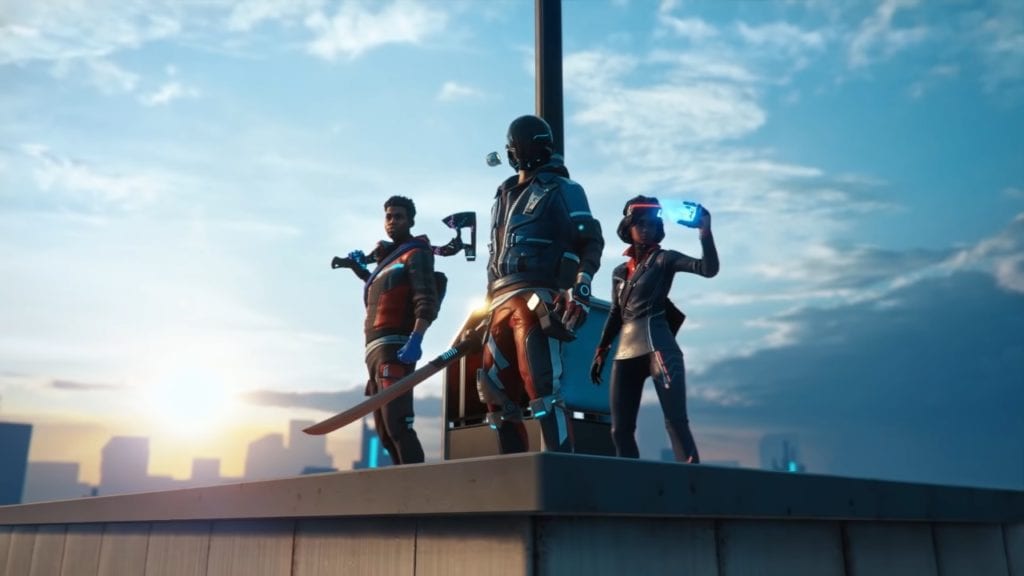 The battle royale genre doesn’t seem to be slowing down any time soon, and Ubisoft is taking advantage of this by creating one of its own. The developer officially revealed its new free-to-play game Hyper Scape just yesterday.

With all of the battle royale games available to play these days, what sets Hyper Scape apart? Here’s everything you need to know about it.

Usually, the only goal in a battle royale is to become the last person/team standing by eliminating every other player.

In Hyper Scape, that’s only one of the ways that you can win.

The other way to win is by playing a game of keep away. A Showdown Phase will begin near the end of each match, and the Hyper Scape Crown will appear in the final sector of the map. If a player can wear the Crown for 45 seconds without being killed, they’ll win the match.

Apex Legends has had a respawn feature ever since it launched last year, and Hyper Scape has one as well. However, Ubisoft’s version is extremely different gameplay-wise.

When a teammate dies, they don’t spectate. Instead, they become an “Echo” that can move around while providing intel to their team.

Once an enemy player is eliminated, a Restore Point is created that can bring Echo players back to life.

Just like many other battle royales, guns in Hyper Scape can be found around the map, either as lone pickups or in chests.

The difference here is that if you find a duplicate of a gun that you’re already using, the one you have will be upgraded.

These upgrades include larger magazines, better cooldowns, and higher damage. Guns can be leveled up several times, so there’s no need to get frustrated if you keep finding the same gun over and over.

There are nine Hacks available that need to be looted to be equipped. They’re all pretty unique, with abilities that include a teleport skill, and even a proximity mine.

Players can only use two weapons and two Hacks at a time, so choose wisely. There aren’t any grenades, health kits, or armor pick-ups in the game, so Hacks are used for healing, defense, and attack, depending on what you want or need.

Make sure you have whichever weapons and Hacks you need, because in each match, the Hyper Scape announcer will activate events to shake things up a bit.

These events have different effects on the gameplay, ranging from low gravity, to unlimited ammo for all players.

They’re not completely random either. If you’re streaming the game on Twitch, the chat can vote to influence which events are activated.

How to Get a Code

Hyper Scape is eventually launching on PS4, Xbox One, and PC, but Ubisoft is currently holding a PC-only tech test for the game. It works similarly to what Valorant did with its code giveaways.

First of all, you’ll need to link your Twitch account to your Uplay account. Then, you’ll need to watch a Twitch stream of someone playing the game for at least 20 minutes.

Finally, if you get a code, simply download the game by adding it to your library in Uplay.