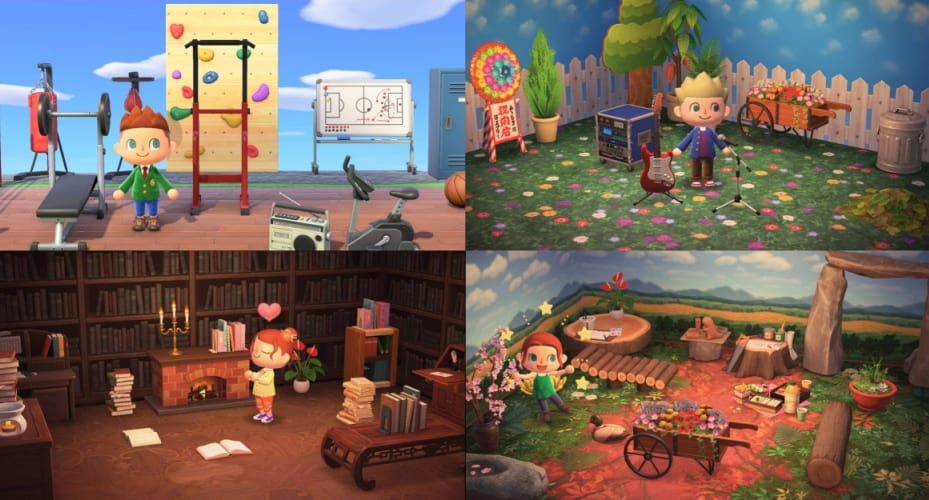 Fan creations in Animal Crossing: New Horizons continue to amaze us. We’ve seen Pokemon battles, Smash Bros. characters, and even recreations of shows like Danny Phantom. Nothing should surprise us anymore, yet a player recently recreated the cast from the hit indie Stardew Valley, and the result is impressive.

Reddit user Zandrewbert8 posted screenshots on the Stardew Valley subreddit (via GoNintendo) of their recreation of the 36 characters from the game. Not only did they create outfits for each character, but they fully customized a room to match each’s personality.

We see all of our favorite bachelors and bachelorettes recreated, such as Leah, Abigail, Sebastian, and Elliot, as well as the other citizens who live in Pelican Town. Every single item, from clothing to props, is tailored specifically to each character.

You can tell how much time and effort Zandrewbert8 put into each character’s theme because each one is completely recognizable if you’ve played Stardew Valley. For example, bachelorette Penny is in a library with plenty of books, and bachelor Alex is surrounded by sports and workout equipment.

Even all of Stardew Valley’s smaller side characters, such as Marlon and Krobus, made their way into the recreation. Zandrewbert8 even got creative with the characters expressing emotions that fit their personality, such as Maru (the scientist) thinking and Elliot (the romantic one) blushing.

Zandrewbert8 said that it took them roughly 90 hours to complete the entire lineup over the course of a week.

You can view the entire lineup of character images that were recreated here on Imgur. How many characters from this recreation can you recognize?