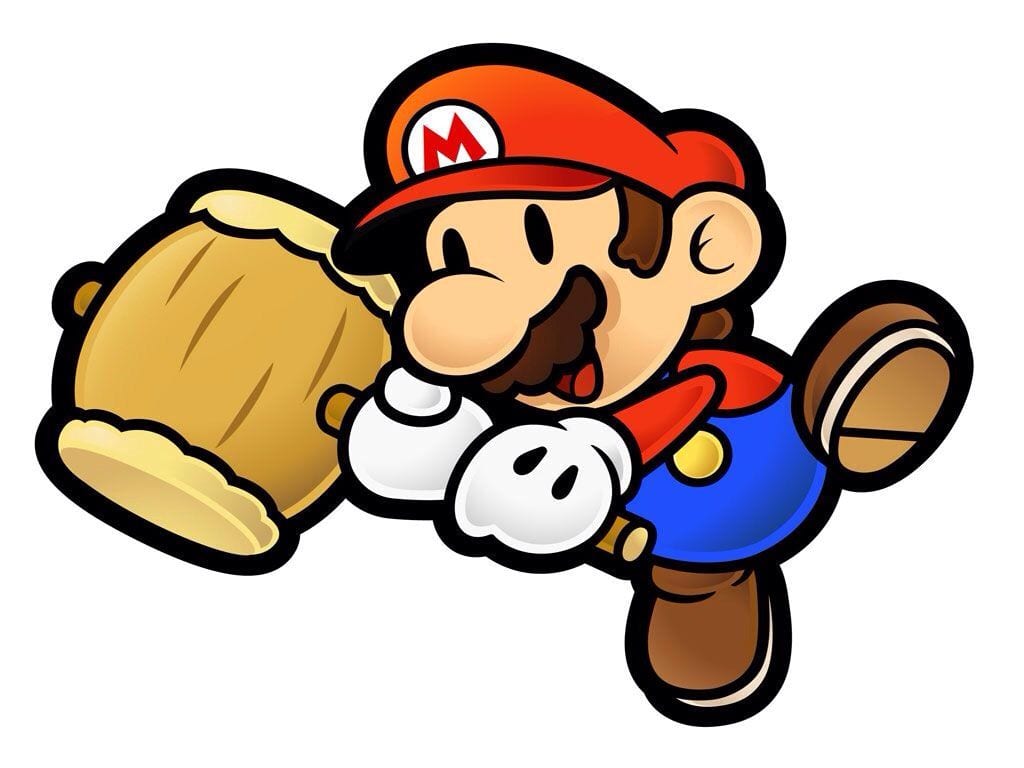 Paper Mario is fresh on everyone’s mind with the recent release of Origami King. While the new game might not be for everyone, it’s clear that a lot of people have a soft spot for the parallel universe paper plumber. And, as is the case with many popular Nintendo characters, it’s gained him a sizable fan base asking for Paper Mario to test his mettle in Smash. We’re fully onboard this particular hype train, and here’s why.

Let’s start with some of the basics about what Paper Mario brings to the table. The Mario series has a pretty hefty lineup in Super Smash Bros. Ultimate, with nine strictly Mario-original fighters, and even more if you lump related series in, like Donkey Kong, Yoshi, and Wario. While adding another fighter to that lineup might seem like overkill, Paper Mario represents an entirely separate genre not currently present in the Mario roster – RPGs.

The RPG side of the Mario franchise has been underplayed quite a lot in Smash. It’s been around since the SNES with Legend of the Seven Stars, but all it has in Smash are a handful of spirits, songs, and one stage.

In fact, the Paper Mario franchise itself is even more criminally under-represented in Super Smash Bros. Ultimate as of now. With it currently only having the one stage and a meager two songs, the content Paper Mario would bring with him would go a long way towards patching up this very obvious hole in Smash’s catalog.

But that’s enough about the logistics of what would make Paper Mario special. Let’s get into the real meat and potatoes of what makes the paper plumber the perfect pick for a potential pugilist – the incredible potential of his moveset.

Now, we already have two very similar Marios on the roster – the original and Dr. Mario. But you need not worry about Paper Mario being a clone character – just by virtue of being a 2D sprite he’d avoid the fate of being a third copy. And at a base level, Paper Mario isn’t about using his fists in a fray – his go-to melee attack is a hammer, something neither prior Mario brings to the table.

But what makes Paper Mario really stand out is the incredible variety of other abilities he has at his disposal, all thanks to the many different gimmicks his games have utilized. Transforming into a paper airplane to recover, rolling into a tube to zip along the floor, or simply rotating sideways to avoid attacks – all of these abilities translate great into Smash.

That’s not all he’s got, though; other parts of his moveset have great places to draw inspiration from. A far off enemy you’d like to bring closer? Use The Origami King’s Thousand-Fold Arms ability to grab them from a distance, much like Min Min. Want to make your mark on a foe? Use Color Splash’s paint to coat your foes in a stylish and damaging take on the Inklings’ gimmick.

Speaking of gimmicks, many recent fighters tend to have a unique one – a sort of “special sauce” to make them stand out among the cast. Paper Mario just so happens to have one built into his series that would give him a unique – timed hits.

In the original two games, there was a mechanic where timing your controller inputs properly could increase your damage output – a mechanic that could translate almost perfectly into Smash. Paper Mario’s forward smash attack would likely be a hefty hammer slam, but if you timed it properly (perhaps with the help on an on-screen indicator), you could get a much more powerful blow, sending your foe flying that much further.

But let’s not forget about one of the most important aspects of a potential Paper Mario moveset – the partners. A selection of partners from across the series could aid Paper Mario in battle, performing their various attacks to keep foes at bay. Swim around on Sushie, divebomb foes with Parakarry, or disappear into the floor with Vivian – the potential is limitless.

Perhaps the character could even have a Hero-style menu, from which he could summon various partners during battle. What better way to honor these beloved characters lost to the annals of Mario history than by immortalizing them in Smash? I can’t think of one.

All in all, Paper Mario’s potential as a prospective Smash fighter is pretty much unparalleled. The sheer variety of sources from which to draw inspiration from is out of this world – you could probably make around 10 different movesets for the one character alone. With that much going for him, let’s hope the paper-thin plumber gets a familiar envelope in his mailbox soon – he’s earned it.