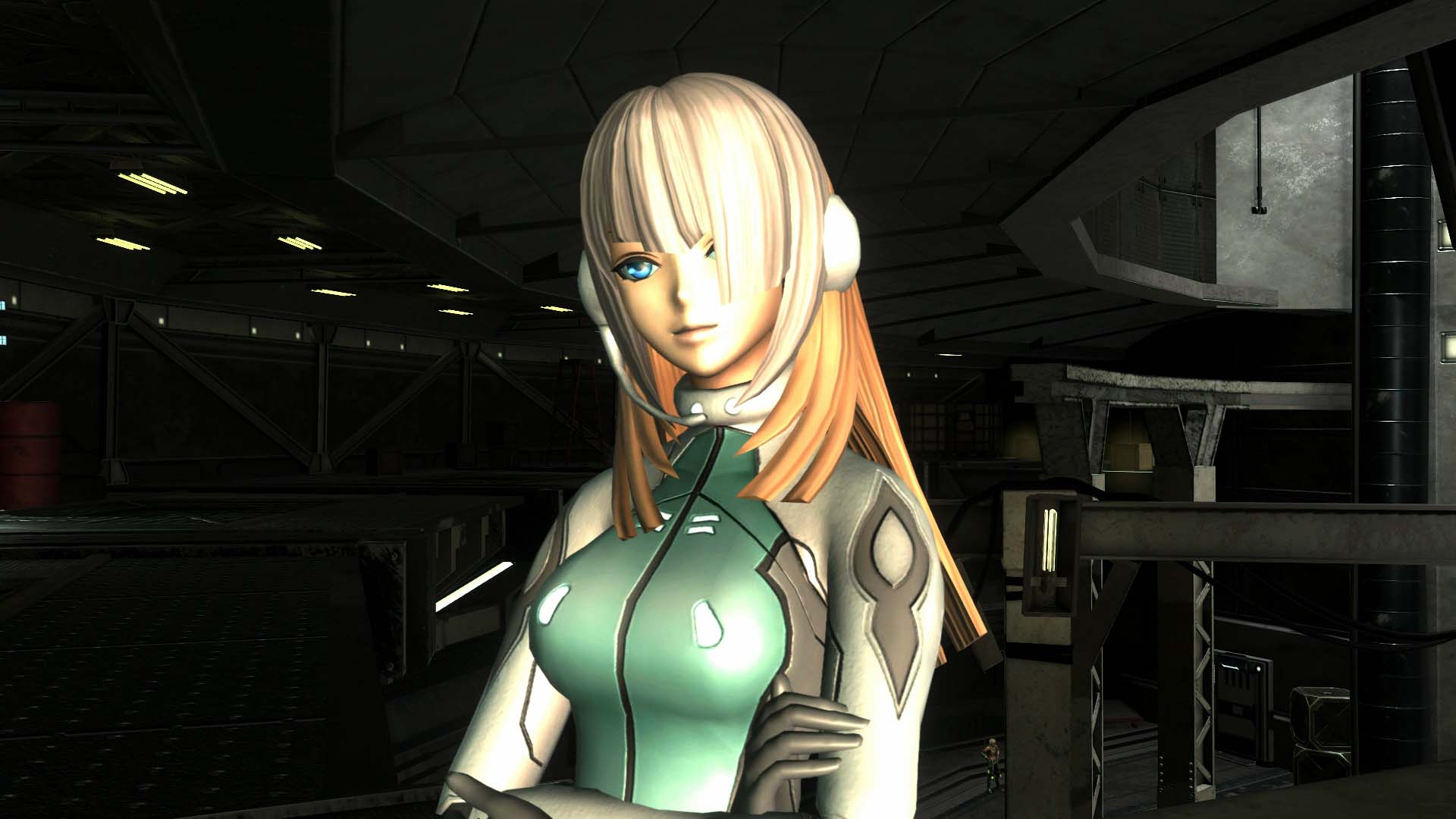 The images showcase Po-M, or Post-Human Modified Class M, an android who will get an expanded role in the remake.

In the original game, she offered intel to the player at the base, but in the remake, she will be able to travel with the party.

Not only she can level up and learn useful skills, but by improving your friendship with her, the interactions with her will change. At some point, she will offer to come with you and you can add her to the party as a playable character.

The battle dog Pochi can also level-up and learn new skills, and will join up as a fourth member (the party normally has a limit of three). You can also help him earn skill points by feeding him at the base.

He has a variety of equipment starting with the basic “Pochigun” on top of accessories and armor.

You can check out the screenshots below, which also portray the rest of the cast.