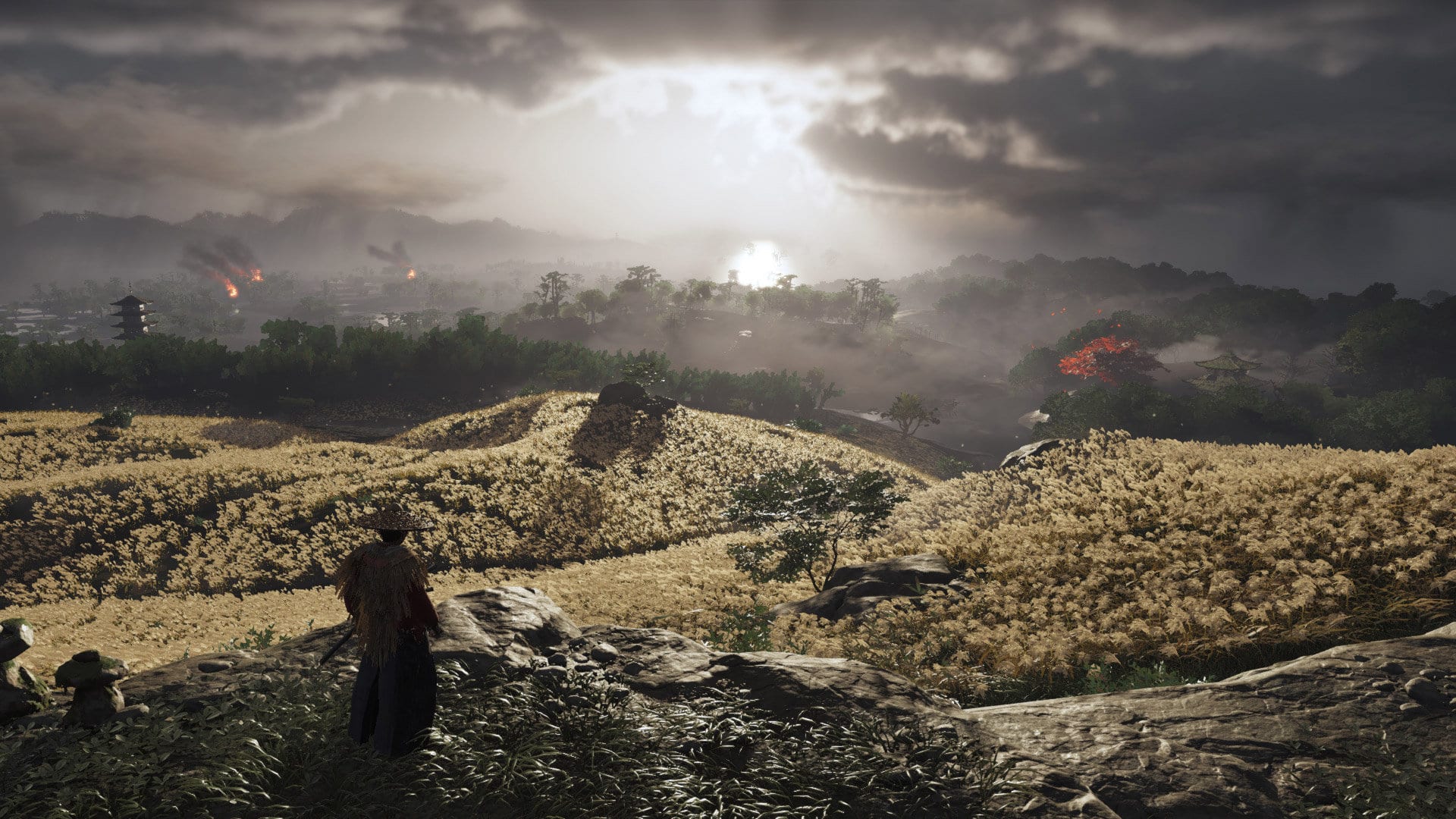 In the same calendar month, PlayStation 4 players were treated to two console exclusives of staggering quality and consequence from Sony’s first-party studios: Naughty Dog’s The Last of Us Part II, and Ghost of Tsushima from Sucker Punch Productions.

The Last of Us series is set in a grim post-apocalyptic future after a catastrophic virus has decimated the planet, with the few human survivors left fighting over the last vestiges of civilization.

Ghost of Tsushima, meanwhile, is an ahistorical retelling of the first Mongol invasion of the Japanese island of Tsushima, and follows one of the last surviving samurai’s attempt to free his homeland from their bloody grasp.

Both games concern themselves with some pretty heavy subject matter, and yet, Ghost of Tsushima’s more joyous gameplay loop feels like a breath of fresh air after the relentless rollercoaster that is The Last of Us Part II.

A common sentiment online right now is that playing Ghost of Tsushima feels like the perfect salve after the bleak intensity of the Last of Us Part II, that its more conventional gameplay style is cathartic after such a relentless experience, and I wholeheartedly agree.

Ghost of Tsushima features the usual bevy of open-world activities for players to engage in off of the beaten path, but with a distinctive Japanese bent. Jin can write haiku, engage in bamboo cutting challenges and follow adorable foxes to Inari shrines, and each activity rewards players with meaningful upgrades and unlocks.

The serenity of, say, relaxing in a hot spring and reflecting on the events of Jin’s life, and the characters he meets along the way, provide a welcome reprieve from the action-packed moment to moment gameplay of Ghost of Tsushima.

The journey of the protagonists at the center of The Last of Us Part II is so imbued with tension and dread that even the games quieter moments, such as exploring the Natural History Museum, feels tightly wound, and it’s hard to relax, even for a moment.

Now that Ghost of Tsushima has been out for a little while, I find it hard not to look at it in the context of our post The Last of Us Part II world. Both are ambitious games that achieve things that we as an industry will be talking about for years to come.

I agree with Twinfinte’s review of Ghost of Tsushima in the main, and I loved The Last of Us, as it stands it is probably my own personal game of the year, depending on how a certain upcoming strategy game pans out.

But there is a real joy to Jin’s journey that I wonder if I would have appreciated so much, had I not undertaken it so soon after seeing Ellie’s through to its own grey conclusion.

The Last of Us saga is an emotionally raw epic that demands a lot of its players, forcing them to confront, and even become complicit in, horrific acts of violence and misery-making.

It explores both love and hate, two sides of that same old coin, and the extremes both can drive a person to. The experience is harrowing from beginning to end, and it’s expertly done. A guided tour through the darkness.

This is reflected during gameplay, portrayed with a level of violence that is sure to raise an eyebrow from even the most desensitized player. Death in The Last of Us is front and center, it gasps and it chokes, it whimpers and it begs.

Compounding this is the complex and effecting portrayal of characters, some new and others returning. They have complicated motivations, it has flawed heroes and compelling villains, and we are shown that one can very easily become the other, depending on your perspective and experience.

Ghost of Tsushima, too, portrays excess, but its themes are more zoomed out, concerned with a kingdom on the brink of collapse. It tells personal stories too, but in the context of a medieval nation at war. I can extend my sympathy with this storyline, but it doesn’t earn my empathy the way The Last of Us Part II did.

Jin’s story is concerned with larger diplomatic and historical issues like war and nationalism, albeit of a society that is almost unimaginable to modern audiences. Concepts like honor, a duty to one’s lord, and a cause worth dying for are things most of us are unlikely to relate to.

And while the combat at the heart of the game is impactful, you aren’t likely to feel a lot of remorse for the Mongol warrior lying at your feet. They are portrayed as irredeemable invaders, giving no mercy and asking none. You will kill thousands before you are done, with only the weapons they carry and the armor they wear to differentiate one from the other.

It’s a more arcade kind of feeling, despite the gore and dismemberment. It’s empowering, a lone swordsman facing insurmountable odds, surviving through skill and tenacity. Where Naughty Dog wanted players to reflect on the carnage, Sucker Punch lets them exult in it, and both accomplish these ends with deftness and expertise.

Ghost of Tsushima’s more open-ended game design allows players to engage with side content in a freeing way. Known as Tales, these optional activities can be experienced somewhat out of order, if you so choose.

Learning more of important characters, like Sensei Ishikawa or Lady Adachi, was as engaging to me as the main narrative, and are perfect for shorter gaming sessions, with each usually taking less than half an hour to complete.

Each chapter in a larger string of Tales tells a satisfying part of a whole and features a compelling gameplay loop that is often rewarded with meaningful loot. It made each a joy to engage with, and I would often return to the game several times throughout any given day to continue them.

I had a very different experience with The Last of Us Part II, which I played through in larger, multi-hour chunks over the course of a week. I avoided booting the game up if I didn’t have a significant amount of time to dive in, as the game was often so intense that I really had to get in the right frame of mind for it.

Each game is a fitting swansong to the PS4 in their own right, a console that has had no shortage of high-quality releases, and rank right up there with anything else the generation has had to offer. Each has sold millions of copies in its own right, and represent another pair of lethal arrows in the quiver of Sony’s first party.

There was a lot of speculation earlier in the year that The Last of Us Part II releasing so close to Ghost of Tsushima would affect its sales, or that Naughty Dog’s sequel might overshadow Sucker Punch’s new IP, speculation that turned out to wildly inaccurate.

Both represent a new high watermark for Sony, for different reasons, but I for one am glad they released in the order that they did.