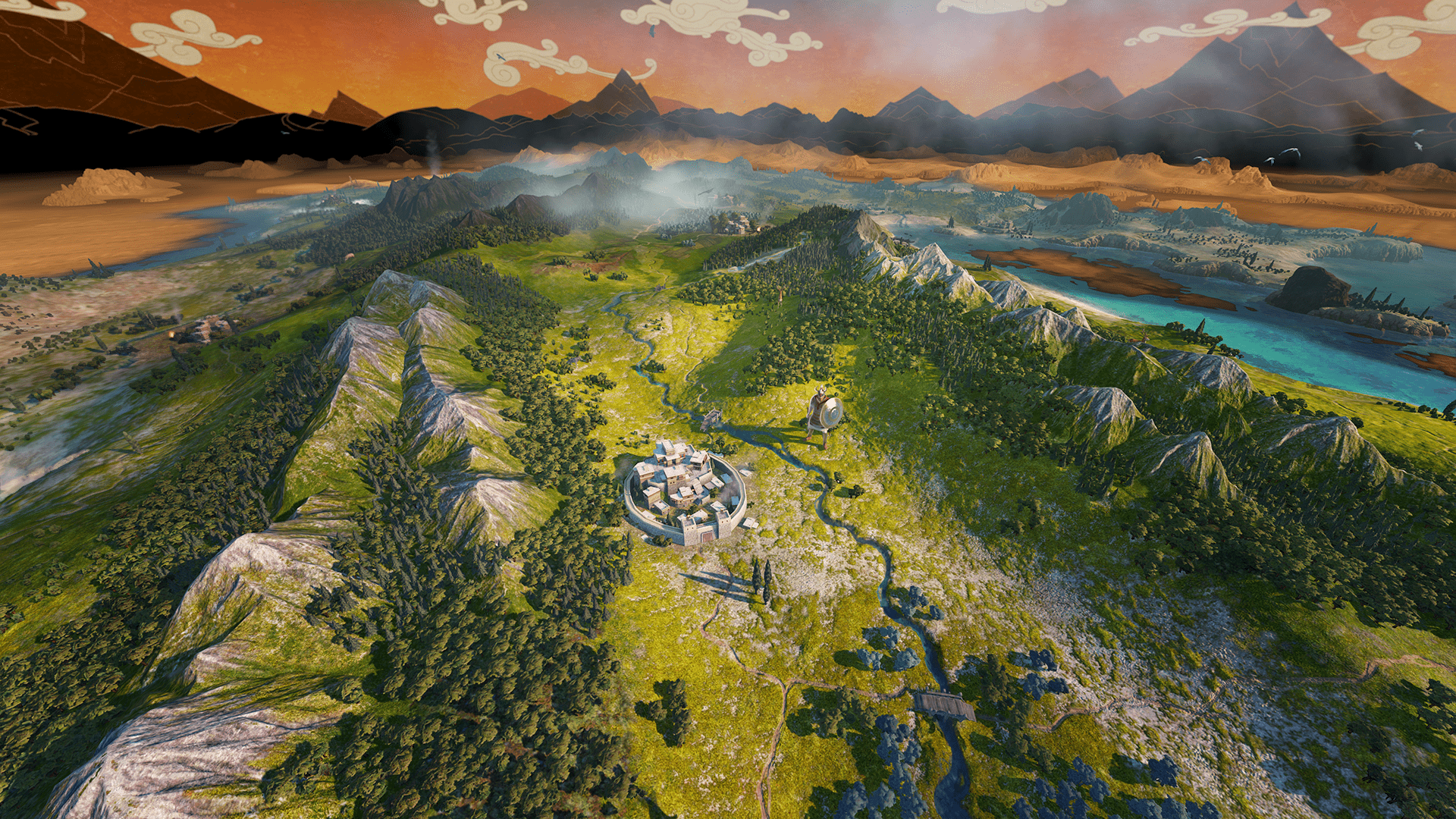 A Total War Saga: Troy is the latest in a series of spinoff Total War titles envisioned as a way for Creative Assembly to focus on smaller conflicts and test new mechanics ahead of the release of mainline games.

We saw this first with Thrones of Brittania, with its innovative mustering mechanic and improved diplomatic options finding their way into Three Kingdoms, to exemplary results.

The upcoming Troy, from Creative Assembly’s subsidiary studio, Creative Assembly Sofia, looks to continue that trend, with its incredible swathe of new ideas and mechanics that expand the core gameplay and change things up in a big way.

Twinfinite was able to attend an online preview event for Troy, which consisted of an hour-long presentation of some of the game’s new systems, and four hours of hands-on gameplay.

During that time, we were able to play up to 40 turns of the mythic conflict as either Menelaus of Sparta, Helen’s erstwhile husband, or as Paris of Troy, the man who absconded with her and set the whole terrible affair into motion.

Both factions play very differently, as you might expect, with Menelaus’ Spartan roster being full of heavy infantry, and the Trojan forces under Paris focusing more on missile troops and skirmishers.

While I did mess around with Paris for a few turns, his faction mechanics are quite involved and are something I would prefer to explore without time constraints.

They mostly revolve around the beautiful Helen, who provides powerful buffs and debilitating debuffs, depending on the state of her relationship with Paris.

Helen can be moved from settlement to settlement, and if Paris is commanding an army in that region, he and the local populace receive positive modifiers, both in battle and on the campaign map. Move Paris away for too long, however, and the lovesick young princeling will become despondent, and will, in turn, perform poorly on the battlefield.

This means you need to be very mindful of your faction leaders’ location, which is antithetical to the way I usually play, as I often use mine to spearhead a thrust into enemy territory from turn one.

You also need to make sure the settlement in which Helen resides is not captured by the enemy, as she can be abducted. This, of course, will have catastrophic repercussions for Paris’ faction, driving the young romantic into a jealous rage.

Menelaus, on the other hand, plays more like a typical Total War faction, with a few notable caveats. He is able to send out Spartan Settlers to colonize ruins anywhere on the campaign map you have line of sight to, which is particularly useful in the Mediterranean Archipelago.

I played around 35 turns with Menelaus and had an incredibly good time. His playstyle is quite similar to how I usually like to enjoy Total War games, achieving total dominance with highly trained, elite infantry and simply smashing through enemy formations.

One of the most monumental changes that Troy makes is the way that infantry behaves. As mounted horseman were a relative rarity during the Bronze Age, Creative Assembly Sofia has opted to divide foot soldiers into three distinct classes: light, medium and heavy.

Light infantry performs a similar role to cavalry in other titles, moving at a blistering pace and often receiving bonuses to flanking, something they are ideally suited for. They are also perfect for running down missile troops, although this mobility comes at the cost of staying power in protracted combat.

Medium infantry is fairly standard, and are often your rank and file, while heavy troops represent the elite, and are the toughest and best soldiers available to you, albeit also the slowest. They also look incredibly cool, imposing in their hulking bronze plate armor.

Heavy troops have increased mass, and charging them downhill into a unit of light soldiers will absolutely wreck them, throwing them off their feet, which is incredibly gratifying to see. They are also able to both outfight and outlast lesser opponents and are just really satisfying to use.

It’s a fantastic way to diversify infantry, and it’s this system I would most love to see make its way into future Total War games, both historical and, if Lord Tzeentch is kind, perhaps the upcoming Warhammer 3.

To complicate combat further, new terrain obstacles have been added to some battle maps. Mud will virtually immobilize your heavy troops, leaving them incredibly vulnerable to both missile attacks and being surrounded, while light troops can navigate the morass with ease.

Long grass will allow you to sneak troops close, hiding them from sight and allowing for devastating ambushes. You are also able to use certain ranged units to fire from within, whilst remaining invisible to the enemy.

A special shoutout to my Spartan Light Spear Runners, who became the deadliest troops in my army, and also my favorite. Capable of hurling javelins while at a dead sprint and running circles around heavier troops, they would also fight like lions, and could punch well above their weight class would imply.

New to the series is the inclusion of additional resource types, which is a game-changer for the campaign map that adds an increased level of strategy to the proceedings.

Food is used to recruit and maintain basic units, wood and stone for building construction, bronze for elite units, and gold for high-level agent actions, amongst other things. Its a thoughtful system and well-executed.

In the same way that CA did with my favorite games in the Total War franchise (Napoleon, Shogun 2, and Three Kingdoms), CA Sofia has captured the look and feel of the era expertly.

The fact that the development team themselves are situated in the very region in which the game takes place adds an extra level of authenticity.

A Total War Saga: Troy is shaping up to be more than simply a spinoff title, and looks to rival the mainline games in terms of size and scope. It’s refreshing, innovative, gorgeous, and satisfies the part of my brain that craves grand strategy in a way no other series can.

I’m counting down the days until I can dive into the full release for myself, and punish those effete Trojans for daring to besmirch Spartan honor.

A Total War Saga: Troy releases exclusively on the Epic Games Store, August 13, and is completely free if claimed within the first 24 hours of release.