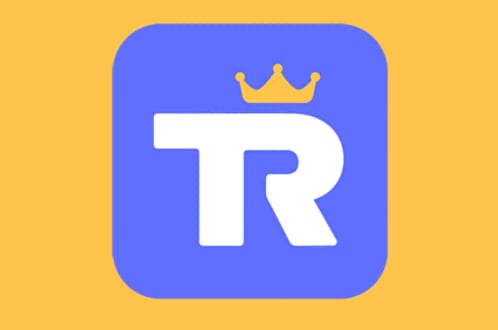 I’ve always been a sucker for a good quiz mobile game. I joined in with the HQ hype before that service went under and QuizUp was a great way to challenge your friends (especially those you knew you’d beat) when that was all the rage back around 2013. None of them have ever stuck with me for a long time though.

Aside from the vague possibility of winning a few cents in HQ, none of them ever had something to keep me coming back. No progression to shout about and no sense of tension beyond bragging rights over one person.

Trivia Royale has that special something though. A reason to keep playing, a tough but reasonable goal, and ramping tension have kept me coming back ever since I was introduced to it out of the blue by Blessing Adeoye Jr. on the Kinda Funny Gamescast.

As you’ve probably worked out from the name, Trivia Royale is a quiz game with a battle royale spin. Its main mode sees you take on 1000 other players (a full lobby is usually 1008 people) to be the last player standing.

In each round, you take on one other player in a set of five questions. You get points for answering correctly, more for being quick, and double for getting the fifth and final answer correct, with 120 being the max available in one round.

The player with the most points after the five questions progresses onto the next round with the pool of players cutting in half until a winner is crowned.

It’s simple but delightfully addictive thanks to how well it balances its difficulty and how the last man standing structure ramps up the pressure the closer you get to the end.

Just as you would during the last couple of circles in Warzone or as you’re entering the final minutes of a Fortnite game, you get nervous as you enter the final 32 or so in Trivia Royale. You feel so close to victory, your heart pumping as you struggle with a question or just beat your opponent to the answer.

I’ve never come higher than fourth place but getting close only made me want to try again and again.

There’s tension in each set of five questions too. By awarding double points to the final question, you’re not completely out of the running when you get one or even two questions wrong.

If you’re ahead in the points and get caught on the final question, it can be frustrating, but it keeps the competition alive and ensures that the early rounds aren’t tedious.

Trivia Royale isn’t without its areas for improvement though. Typos, strangely easy questions (one asked me to name the brand of a sneaker in a picture, with the Adidas brand name being clear as day), and disconnection issues are all pretty prevalent, but they’re things that can be worked on to improve the overall experience.

I also wish I was more American. I quickly lost count of how many times I dropped points on questions about US states or the organization of the US Senate. At least I knew that the UK doesn’t have the name of the country on its stamps, so it’s not completely unbalanced.

Trivia Royale isn’t just one mode though, giving players who don’t see themselves as quiz masters or don’t have time for a full run of royale, a chance to test themselves and claim bragging rights.

You can choose to take on other people from around the world in sets of five questions based on specific topics. There’s all manner of options, from video games to soccer (where I like to show off my skills) to even just Stranger Things and you challenge friends or see how you rank in your country/city.

While you don’t quite get the tension of the final rounds of Royale when playing in Topics, being able to improve your number of wins and compare yourself against everyone else around the world still gives you plenty of chances to improve and engage in serious competition.

There are people with thousands of wins in certain topics, so you’ll have a way to go to catch up though.

The microtransactions aren’t egregious either. While you can get yourself at least close to a win by spending some money on free correct answers or 50/50s, you’re limited somewhat and don’t have to use them. You also earn plenty of coins while playing, so you can use the power-ups enough without spending any money.

If a few issues get fixed, Trivia Royale would be a near-perfect trivia game. Even as it is though, the tension that comes from the battle royale spin and the potential for showing off makes it something I’m finding hard to put down.