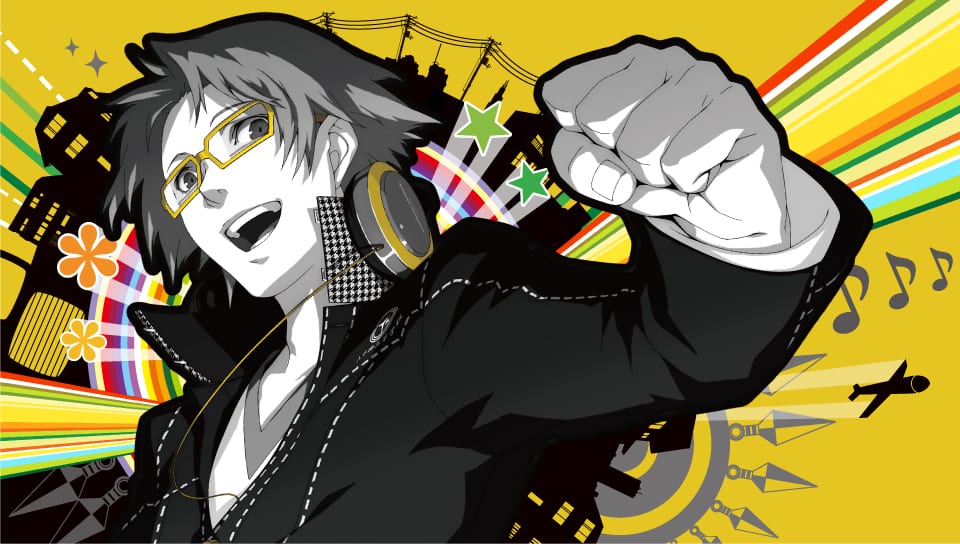 “A couple walking together at a festival… Unused to wearing it, the girl’s yukata comes loose… Summer has begun.”

Despite the pervy nature of Teddie’s quote during the summer festival event, his final wistful “summer has begun” line neatly encapsulates my feelings about this game. Persona 4 Golden is a game about a creepy murder mystery, yet it’s also one of the most optimistic, uplifting, and brightest games I’ve ever played.

This game radiates charm and positivity, it’s comforting and casual and easy to pick up whenever you want. It’s a mimosa on the beach, it’s the memory of high school and a reminder of a time that was simpler than the present. It’s the perfect summer game, and now it’s finally on PC as well.

It’s certainly been a long time coming. The Persona series has been on a roll since Persona 3, but it’s never been ported to PC. It’s also fitting and a wonderful choice on Atlus and Sega’s part to make Persona 4 Golden the first game in the series to come to the platform. After all, if you’re going to introduce a bunch of new players to this massive series, why not start with the best?

Persona 4 Golden perfects the formula that Atlus put into place with P3; you’re a high school student living out his daily life over the course of the year, and you’ll be forming bonds with people while dungeon-crawling in the evening to save the world from an inevitable doom.

In this instance, your task is to investigate a series of murders happening in the quiet town of Inaba. Together with your high school friends, you’ll discover a power that lets you enter a mysterious world inside a television, a realm that kills anyone who enters it without some form of protection over a period of time.

This structure is what allows Persona 4 Golden to proceed at a solid pace. With every murder victim you rescue, you get closer to the truth behind the cases. At the same time, you’re also recruiting new characters to your party and getting to know them, and this is where the game shines.

To this day, Persona 4 Golden still boasts the best cast of characters the series has ever seen. Every single character feels lively, animated, and strongly relatable on some level. You’ll find something in common with each and every one of them, even the teen idol who’s stressed out about continuing to work and perform for an audience. Everyone’s based off a trope or a caricature of some sort, but P4G never fails to flesh them out in meaningful ways that make you care for them.

Outside of the main party, P4G’s characters are decent, but if you were hoping for an experience similar to Persona 5 where their stories are tightly intertwined with the main campaign, you might be disappointed here. P4G’s side characters are simply that, side characters. They’re primarily there for you to rank up an arcana so you can fuse better Personas, and they might have a few interesting story threads for you to get into, but they’re nowhere near as fleshed out as P5’s side NPCs were.

With regards to the combat, Persona 4 Golden feels much more like a classic turn-based JRPG than the fast-paced Persona 5 does. That’s not a bad thing, though; in fact, the combat system still holds up well, as do most turn-based JRPGs. You can exploit enemy weaknesses by using the right attacks or spells, then gain an extra turn on that same character. Knock down all enemies and you get to pull off an all-out attack for big damage. Standard Persona stuff, and it’s still fun here.

If there’s a complaint to be had, it’s that the dungeons don’t hold up quite as well anymore. While I appreciate the straightforward nature of P4G’s linear dungeons, it gets repetitive as you’re trudging through each floor, just searching for the stairs leading up so you can inch closer to the boss. They’re a huge departure from Persona 5’s elaborate, bespoke palaces, but they’re still serviceable. All in all, the combat’s good enough for me to endure a few repetitive dungeons.

Spending a full two weeks with the PC port, it’s pretty much just as good as I remember it on PS Vita and the PS2. While this is just a straight port of the Vita version with no new content added, there are a couple of extra bells and whistles to look forward to. The graphics have been scaled up to 1080p, and the PC port also features the Japanese audio track –an option that was never present on PS Vita and PS2.

I’d still recommend sticking with the English track, as the English voice cast is exceptional and delivers a fantastic performance the whole way through. But for those wanting to experience the game in its original audio track, that option is now there.

There’s really not much else I can say about Persona 4 Golden that hasn’t already been said. Comparing it with the vanilla game on PS2, Golden truly feels like the director’s cut or definitive version of P4, much like what Royal was to Persona 5. Golden takes an already great story and adds to it with new social links and more story content that feel meaningful.

While playing through this game for the umpteenth time, I couldn’t help but think back to my experience with Persona 5 Royal earlier this year. Royal’s added content felt meaningful as well, but it couldn’t fix what was already broken in the original story: poor pacing and poor character development. Without a solid foundation, Persona 5 Royal still didn’t feel like it had quite lived up to the expectations set by the quality of the series thus far.

Golden is a wholly different story. Every character gets their chance to shine, the story has ample time to breathe but it never rests at one point for too long. It’s always moving, always keeping you engaged, and your party members are always there to keep you motivated. The moments when the story does take a break, it lets you soak in the quiet moments and take in the calm, serene nature of beautiful Inaba.

Perhaps it’s the setting. The slow countryside of Inaba feels incredibly wistful and nostalgic, and it feeds into that sense of closeness and camaraderie you feel with your party members and other important characters.

By the time the credits rolled in Persona 4 Golden, I was floored all over again. Coming back to it felt like saying hello to old friends, chatting away and quickly losing track of time doing just that. Before I knew it, I was saying goodbye to Inaba and the investigation team, and I was hit by that familiar bittersweet pang yet again when I realized the journey had come to an end.

Persona 4 Golden is comforting, it’s warm, and so lovingly inviting. With its bright color palette and relentless optimism and hope, it’s summer incarnate and a beautiful reminder of the rose-colored past. Summer has begun.