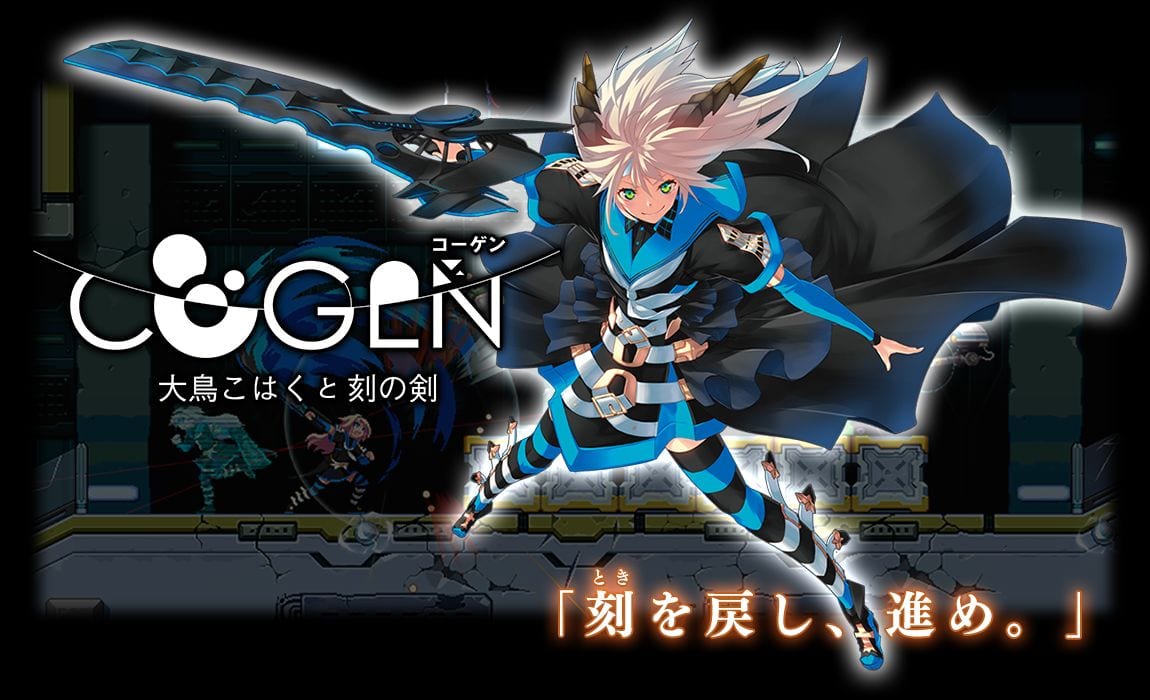 The game is a side-scrolling sword-fighting adventure for PS4, Nintendo Switch, and PC, and it’s coming in 2020.

One of the elements that make the game unique is the ability to use the Ouroboros System to rewind time and avoid death.

COGEN: Sword of Rewind will include text in Japanese, English, Chinese (simplified and traditional), and Korean.

You can check out a gameplay trailer and a batch of screenshots below and take a first look at this fast action title.

If you’re unfamiliar with Gemdrops Game Studios, they helped with the development of Azur Lane: Crosswave, Crystar, Sakuna: Of Rice and Ruin, Dragon Quest XI, and more. That’s definitely a goood pedigree right there.

The studio also worked a lot with Square Enix’s Tokyo RPG Factory and, co-developing Lost Sphear, I am Setsuna, and Oninaki.

During the same show we also saw more announcements including the reveal of Project Nimbus and Sumire by Gametomo, Craftopia by Pocket Pair,  and the PC port via Steam of Azure Striker Gunvolt 2 by Inti Creates.