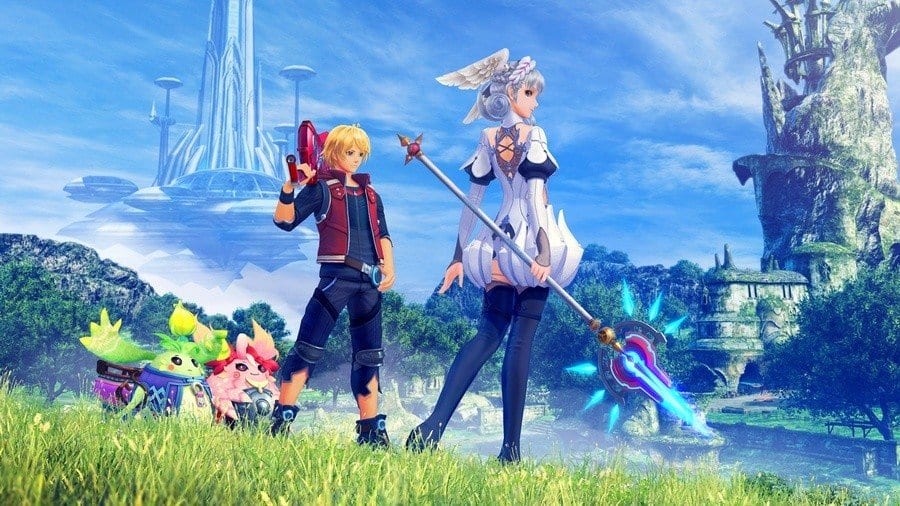 Xenoblade Chronicles Definitive Edition is finally releasing for the Nintendo Switch this month, and it’s a pretty exciting one. The game features greatly improved graphics and visuals from its Wii counterpart, as well as an arranged soundtrack and added story content. In fact, by playing through the new content, you’ll be able to unlock a new outfit for Shulk as well. Here’s how to get the Monado Style outfit in Xenoblade Chronicles.

As you may have already seen from the trailers and promotional footage, Shulk gets to don a new outfit in the Future Connected epilogue. Instead of his regular clothes from the base game, he’ll get a cool jacket and hoodie that just look way better than all the other outfits you get access to in the original.

To get it, you’ll have to play the Future Connected epilogue, which might be a bummer especially for new players who haven’t played the original yet. However, the good news is that you don’t need to beat Future Connected to unlock it in the main game. All you have to do is play the epilogue until you reach the first checkpoint and save your game, and you can load up your save file from the main game to access the new outfit.

The only thing I’d advise you to do is skip the introductory cutscenes as it reveals who the final boss is, as well as one or two major plot points that you definitely don’t want spoiled for yourself. Once you regain control of Shulk and Melia, save your game and quit out.

Back in the main game, bring up the equipment menu and go to the Change Appearance window for Shulk. From here, scroll all the way down to the bottom and you’ll find the Monado Style outfit available to you.

That’s all you need to know about how to get the Monado Style outfit in Xenoblade Chronicles. Be sure to search for Twinfinite for more tips and information on the game.