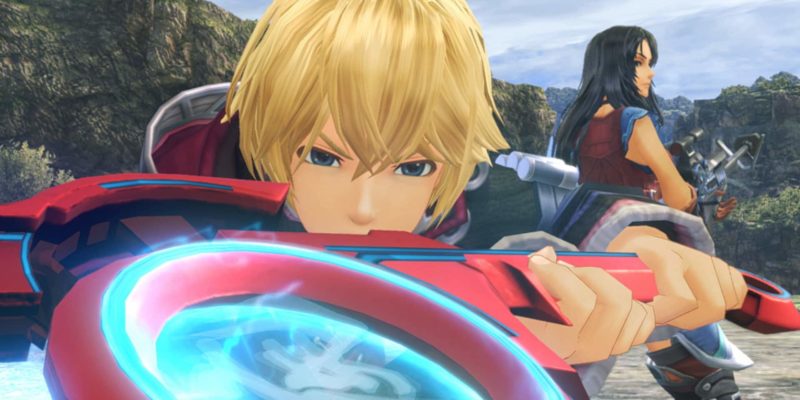 The Monado is the iconic red sword from Xenoblade Chronicles, and it’s a pretty awesome-looking weapon. However, it has some major drawbacks that you’ll definitely need to be aware of if you want to excel in this game.

First off, the Monado works wonders against the Mechon enemies. These are the robot-type enemies that you’ll be fighting a lot in the game. The Monado has access to the Enchant and Buster abilities, which grant allies the power to damage Mechon and deal tons of damage to them respectively. It also works well against monster enemies, and its Purge and Shield abilities definitely come in handy in all situations.

However, there is one major flaw with the Monado that Xenoblade Chronicles never quite touches on. When dealing with human enemies, which can be pretty rare in this game, the Monado is completely useless. You’ll be dealing 1 point of damage to humans with Shulk, so if you’re up against humans, swap him out for someone else.

Push Forward Until You Get Sharla

The early hours of Xenoblade Chronicles can be extremely punishing, especially since your starting characters have virtually no healing abilities at all. Aside from Shulk’s Light Heal, you have no other way of restoring health in battle and it can be a struggle to even get through regular enemy encounters.

There are tons of side quests to pick up here, and while it is a good idea to grab as many as you can, you should also try to make a beeline for chapter 3. That’s when you’ll get your next proper party member, Sharla, and the good news is that she comes with tons of healing and support abilities for the party.

With her recruited, you’ll have Shulk as your DPS character, Reyn as your tank, and Sharla as the healer, and your party will be in much better shape going forward.

Play as the Different Characters

Speaking of recruiting characters to your party, did you know that you don’t have to play as Shulk the entire time? Even though Shulk is considered the main protagonist of the game and the wielder of the Monado, he doesn’t have to be in your party 24/7 and you can take control of any of your other party members.

In fact, it’s highly recommended that you try to find one that better suits your play style. Melia’s attack style focuses on casting spells and summoning elementals to help her in battle, while Dunban has the ability to apply buffs and debuffs, and also use special attack combos with his katana.

Every character is pretty well thought out in this game, and while you do need Shulk in your party most of the time to deal with the Mechon, there’s no harm in letting the AI do its thing while you have fun playing another character. It’s one of the best aspects of Xenoblade Chronicles, and you should definitely take advantage of that.

Grab Every Side Quest You See

Coming back to the side quests, Xenoblade Chronicles has heaps and heaps of side quests for you to take on. It’s pretty insane. The good (or bad, depending on how you see it) news is that most side quests in this game are extremely inane, and only require you to collect items and kill enemies for rewards with very little story attached to them.

In addition to that, once you hit chapter 3, you also start getting visions for future quests when you pick up items. For instance, once you pick up a set number of items for a quest you haven’t accepted yet, the game might give you a vision with some clues about which NPC you need to talk to. It’s a good idea not only to grab every quest you see, but also pick up every item you come across in the open world.

Affinity and Skill Links are two of the most important gameplay mechanics you’ll need to get used to in Xenoblade Chronicles. By battling alongside each other and gifting presents, the Affinity levels between your party members will go up. And as it goes up, you’ll unlock more Affinity Skill Link slots for each of them.

What this means is that characters will now be able to equip skills learned by other characters. In addition to that, the higher your Affinity, the more slots you’ll have and the more skills you’ll be able to equip. Each time someone learns a new skill or has a rank up in Affinity, be sure to check out your Skill Links menu to see if you can equip anything.

Don’t Buy Anything for Fiora

Finally, we’re not going to go too deep into this tip, but early on in the game, Fiora will join your party. Don’t bother buying anything for her.

Be sure to search for Twinfinite for more tips and information on the game.