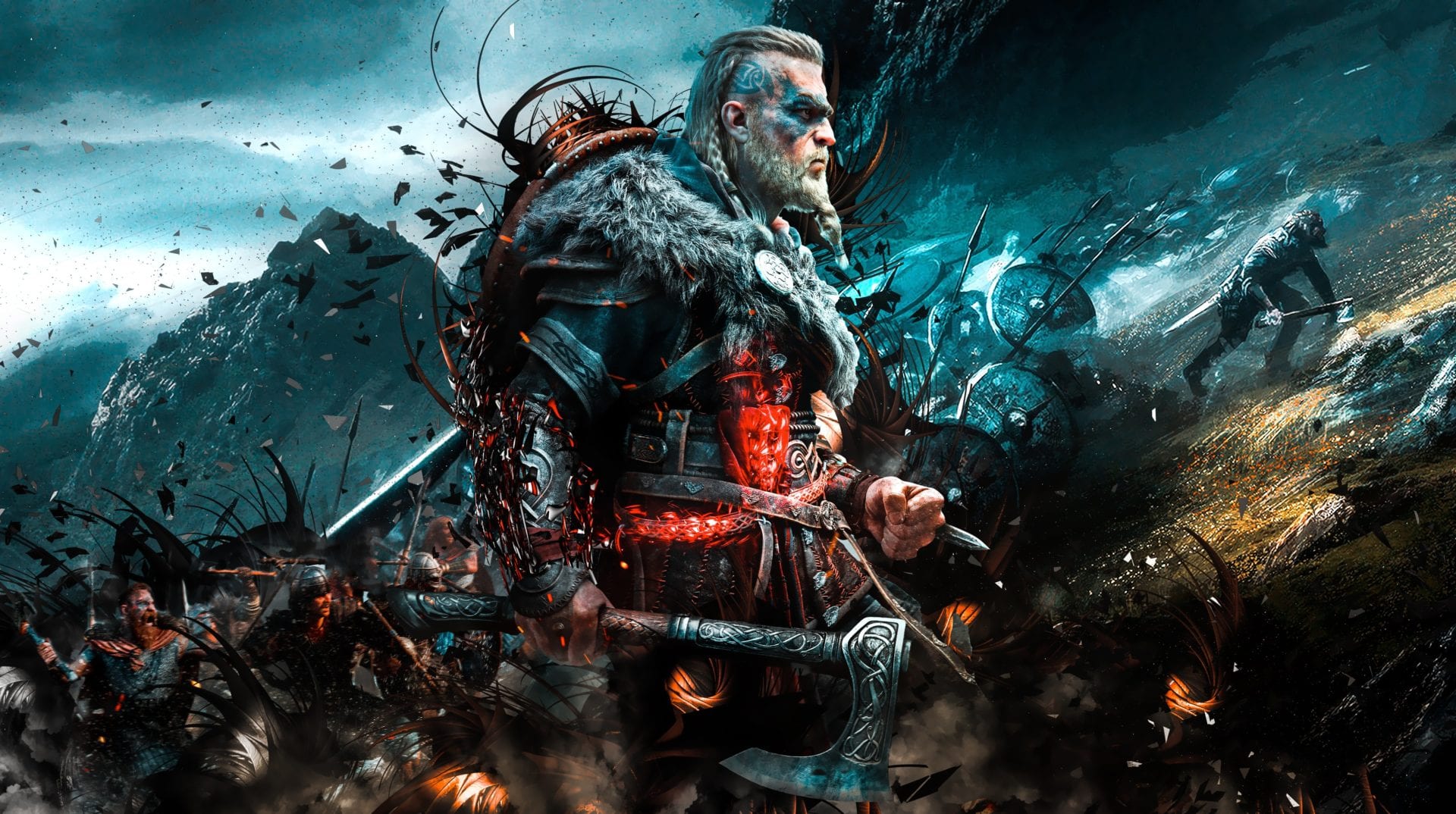 Over the course of the now long-running Assassin’s Creed franchise, the protagonists of the various games in the series have been a motley assortment of unlikely heroes: thieves, buccaneers, revolutionaries, and, of course, assassins.

Using a mixture of guile, bravado, and direct force, these unlikely saviors have opposed the machinations of the Templars across most of the major time periods of Earth’s history.

They have led revolutions, freed slaves, fought in wars, and defended the innocent from invaders and those who would seek to exploit them. And while these protagonists often have to turn to underhanded tactics in order to turn the tide, the end always justifies the means.

In the upcoming Assassin’s Creed Valhalla, set to launch later this year, you play as Eivor, a Norse Viking intent on raping and pillaging their way through the fertile lands of Saxon England in search of wealth and slaves in the name of their bloody-handed gods and, of course, their own personal glory.

In a first for the series, we as the player will be seeing this new game-world from the point of view of the aggressor, the invader, the colonizer, and the slaver. In Assassin’s Creed Valhalla, we will be playing from the point of view of a person that could very easily be seen as the villain in another game, and one that is quite at odds with the more noble causes of previous protagonists.

It’s a unique prospect and one that I am completely on board for. The Viking Age is ripe with storytelling potential, and Ubisoft is best-in-class in terms of developers when it comes to bringing ancient worlds to life. It’s an era that has received a lot of attention in media in recent years, with the two highly successful Netflix series, Vikings and The Last Kingdom, both set during this same time period.

This is interesting because the mainstream depiction of Vikings is an ironic one. We are expected to root for characters like Ragnar Lothbrok (the protagonist of Netflix’s Vikings), who are often depicted as badass warriors, strong and self-reliant, who spend the majority of their time doing decidedly unheroic things. Vikings like Ragnar commit terrible deeds for selfish reasons, and we as the audience cheer them on because Vikings are objectively awesome.

I don’t fault Ubisoft for choosing to go with this mainstream depiction, as it is firmly established in contemporary pop culture, and it’s one that works, even if it isn’t entirely accurate. Eivor, who can be either male or female, is shown in gameplay trailers and key artwork wearing all the trappings of Viking tropes; axe in hand, blonde hair in braids, screaming in wild defiance.

But what would a realistic depiction look like? It’s worth exploring because, as is often the case with history, the truth is more fascinating than the fiction.

The term Viking refers specifically to the most adventurous Norse (sometimes referred to as Norsemen) peoples of southern Scandinavia, a harsh and beautiful landscape that today is occupied by the modern nations of Denmark, Norway, and Sweden. A Viking, specifically, was a Norseman who left their homeland to seek trade or plunder far across Europe, meaning that all Vikings were Norse, but not all Norse were Vikings!

These Norsemen were a disparate people bound by a common tongue (Old Norse), and their culture was far more advanced and developed than their pop-culture image would have you believe.

The Norse were savvy traders and diplomats, and Norse women enjoyed remarkable social freedom (for the era). Viking longships were the most advanced ships of the era and some of the techniques used in their construction are still used by modern ship designers today.

Modern theories as to why the Vikings burst onto the world stage during the Early Middle Ages (a period once known as the Dark Ages, but historians are moving away from this term) are as numerous as the dragon-ships that bore them. These range from the search for new trade routes to exploration, to the need to take female captives in order to reverse the societal effects of female infanticide, a practice that was common during the leaner years by many cultures, including the Norse.

Slaves powered the Norse economy, and the taking of them was crucial, and often the impetus for raids. Known as thralls, these unfortunate souls did most of Norse societies menial labor, leaving the freemen (Karls) and the noblemen (Jarls) with the free time to crew and lead yet more raiding expeditions.

Women and children were particularly prized, and most households had a thrall or two, with the richest keeping dozens. While slavery is monstrous in all its forms, a thrall in Norse society was at least paid a wage and could hope to one day purchase their freedom, and were even freed for exemplary service in some cases.

I would imagine that Ubisoft will probably stop short of letting players actively take slaves in-game, but looting and pillaging the innocent peasantry seems to be very much on the table.

We know that in Valhalla, Eivor is the leader of a clan of Norse Vikings who has fled the internecine wars that were plaguing their homeland in Norway. They find a home for their people in the south of England, where Eivor will come into conflict with the local ruler, Alfred, king of Wessex, who would later declare himself king of all the Anglo-Saxons.

Eivor will be able to lead assaults against Saxon towns and villages, capturing treasure and resources, and use them to further expand their own settlement. While mechanically similar to the clearing of outposts in other games in the series, this time there is a darker edge to proceedings. You are an invader, an outsider, and you are taking what you need from the people who live there.

It’s going to be an interesting change of pace for the series, but one that I think Ubisoft has proved that they can handle deftly. Heroes come in all shapes and sizes, after all, and with the right framing, Eivor can take their place amongst the pantheon of Assassin’s Creed protagonists.

For more on the historicity of Assassins’ Creed Valhalla, check out these 8 Concerns Only Us History Nerds Care About.