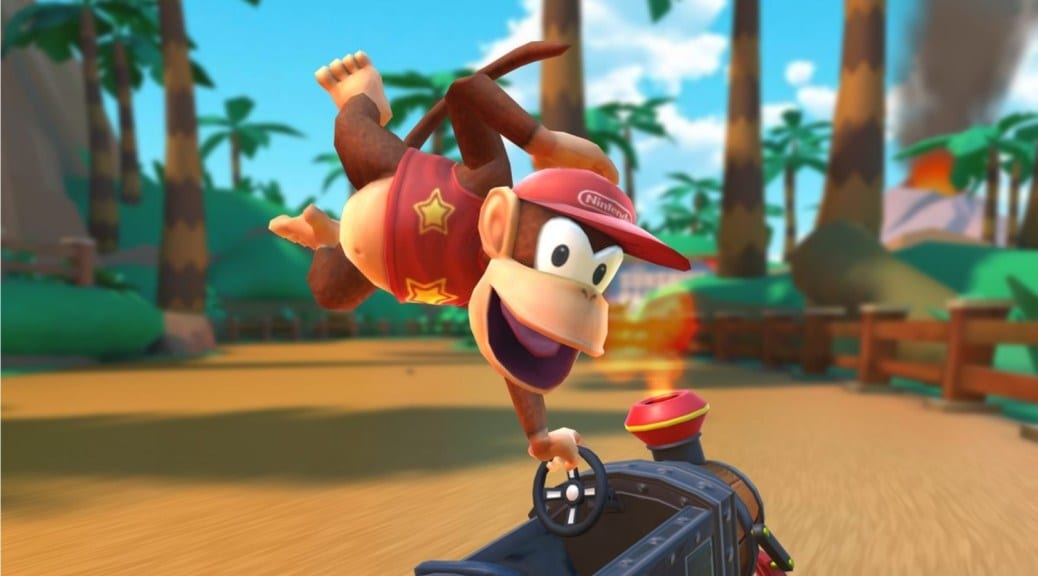 It’s not often that a spinoff title ends up selling more than an entry in the main series. It’s even more uncommon for a three-year-old port to outsell the original version. And yet, Mario Kart 8 Deluxe managed to do both, outselling its original Wii U counterpart as well as Super Mario Odyssey. Since launch, it’s gone on to be the best selling game bar none in the Switch’s library. Why, then, has Nintendo abandoned it?

Since launch, Mario Kart 8 Deluxe has gotten the absolute minimum of post-launch support. The extent of its post-launch updates have been the usual bugfixes, Labo support, one new character skin, one new bike, one new set of tires, and one new glider. That’s the entirety of the DLC provided to the best selling Switch game of all-time.

Normally, this wouldn’t be a huge deal. Plenty of games aren’t supported with DLC, and Deluxe had significant additions its Wii U version lacked, such as Battle mode, dual items, and a handful of new characters. But there’s another Mario Kart game that has been getting the love Deluxe owners so desperately crave: Mario Kart Tour.

Mario Kart Tour launched back in September of 2019, and despite being two years later than Deluxe, it absolutely dwarfs its console counterpart in terms of added content. Tour brings back beloved characters Deluxe players miss like Diddy Kong and Birdo, while introducing new faces like Pauline, Monty Mole, and Dixie Kong. All the while, it’s providing players with more tracks, events, and kart parts every month.

The issue here is that, on all fronts, Mario Kart 8 Deluxe is vastly more beloved than Mario Kart Tour. Critical reception to Deluxe was that it was a smash hit, but Tour received middling-at-best reviews and impressions at launch, and opinions haven’t changed much, despite its additions. That’s not even beginning to mention the criticisms of its monetization strategy, with microtransactions and season passes all over the game.

Why, then, does Nintendo continue to ignore its much more highly praised title, one that’s hurting for post-launch support, in favor of one that many fans aren’t enthused by? It doesn’t make a whole lot of sense to us either.

Fans of Deluxe would pay out the nose for the kind of content Tour receives – content that hasn’t done much to redeem Tour in the eyes of fans, considering its lackluster reception.

There’s a few possibilities as to why Nintendo might have backed off on Deluxe DLC in favor of Tour. One is that Deluxe’s original game, the Wii U’s Mario Kart 8, got a significant amount of DLC, much of which made it into Deluxe. Players who have been with 8 since launch would have bought the original, then the DLC, and then the port. Perhaps Nintendo felt it was too much to ask those players to then buy another round of DLC?

Another possibility is that Nintendo might be gearing up for a proper Mario Kart 9 instead of adding more to Deluxe. While it’s possible, Nintendo has never released two editions of Mario Kart on the same console before. While one could make the argument that Mario Kart 8 Deluxe doesn’t count, releasing a new Mario Kart while Deluxe still sells so well may stunt sales of both titles, something Nintendo probably wants to avoid.

Finally, and probably the simplest reason, is that Tour makes Nintendo a whole lot of money. But still, even if that’s true, it doesn’t help fans of the console version feel any better about it.

It’s possible Nintendo simply wants to entice Mario Kart fans into playing Tour with all these new additions, even though it’s rather clear most fans of the series aren’t as interested in Tour as Nintendo would like them to be.

For many, no matter how many new tracks, characters, and features Tour adds, they’re still stuck in a dumbed-down, less fun mobile gacha iteration while the much more polished and satisfying Deluxe sits gathering dust. On this front, it’s not a matter of Tour not having enough content. It’s about the quality of the product receiving the content.

Mario Kart 8 Deluxe feels like it could easily have been the ultimate Mario Kart. It’s a satisfying culmination of everything the Mario Kart franchise has become throughout its nearly 30-year run.

It could have been a game that would have been constantly on the minds of Nintendo fans, with online discussion full of excitement for upcoming content, if only Nintendo had given it the same support fans did.

That’s why it’s so hard to see it ignored in lieu of the microtransaction-laden Tour. Imagine being a fan of a character like Dixie Kong or Pauline, and you finally see them make their Mario Kart debut, only to have it be in Tour.

The game where you often have a less than 1% chance to unlock its most desirable characters, and that often requires real-world money for attempts to unlock them. It’s a tough pill to swallow.

It, unfortunately, feels like a lost cause to bemoan Deluxe’s lack of support now, three years after launch, but it truly is a shame. Having gone back and played Deluxe again recently, new content could go a long way towards reviving the title for fans new and old.

What would be a win-win for fans and Nintendo alike just ends up being money left on the table while Mario Kart Tour scoops up everything Deluxe fans could have wanted.

While hope springs eternal that Nintendo could reconsider and give fans the content they want, it just feels a lot more likely that we’re stuck with just Tour until the next home console and Mario Kart 9. At the very least, we hope Tour’s content holds over into that game.