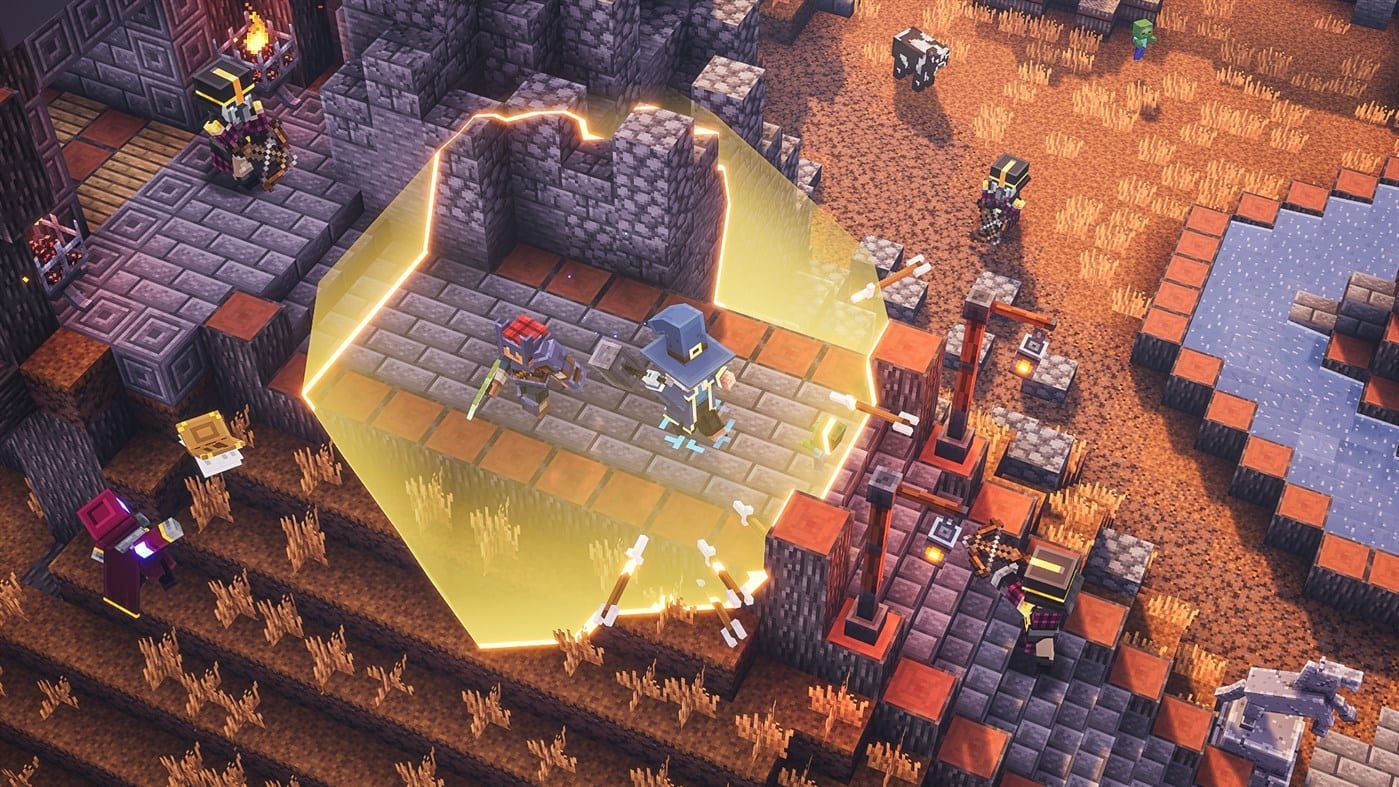 Minecraft Dungeons allows players to become very powerful through the use of Enchantments, which are essentially upgrades to weapons and gear that give them special abilities. The abilities range between elemental attacks, stat boosts, life steal, and more. Here is a list of the best Enchantments separated by melee, ranged, and armor.

It is not necessary to worry about Enchantments on the first playthrough of Minecraft Dungeons, since weapons and gear are consistently replaced when leveling up. Although, it is a good time to test out various Enchantments that will fit your playstyle.

The best kind of Enchantments are ones that can be used in the most situations, and its good to have a mix of defensive and offensive Enchantments.

Getting up close with melee to enemies means taking damage is necessary, so these Enchantments allow you to hit harder each time and gain health back for every enemy defeated.

Accelerate is good for the slower firing bows or if you want to turn a crossbow into a machine gun. If the latter is your choice, then Infinity is also a good choice if you plan to use ranged attacks often.

The best armor Enchantments are made for tanking and mob control. Potion Barrier lets you get free hits on bosses and larger mobs, while Thorns reflects that damage back. Meanwhile, Snowball can be triggered every second after upgraded which stops some mobs from even getting a hit in.

These are the best Enchantments for Minecraft Dungeons. Check out Twinfinite for more guides and help with the game.