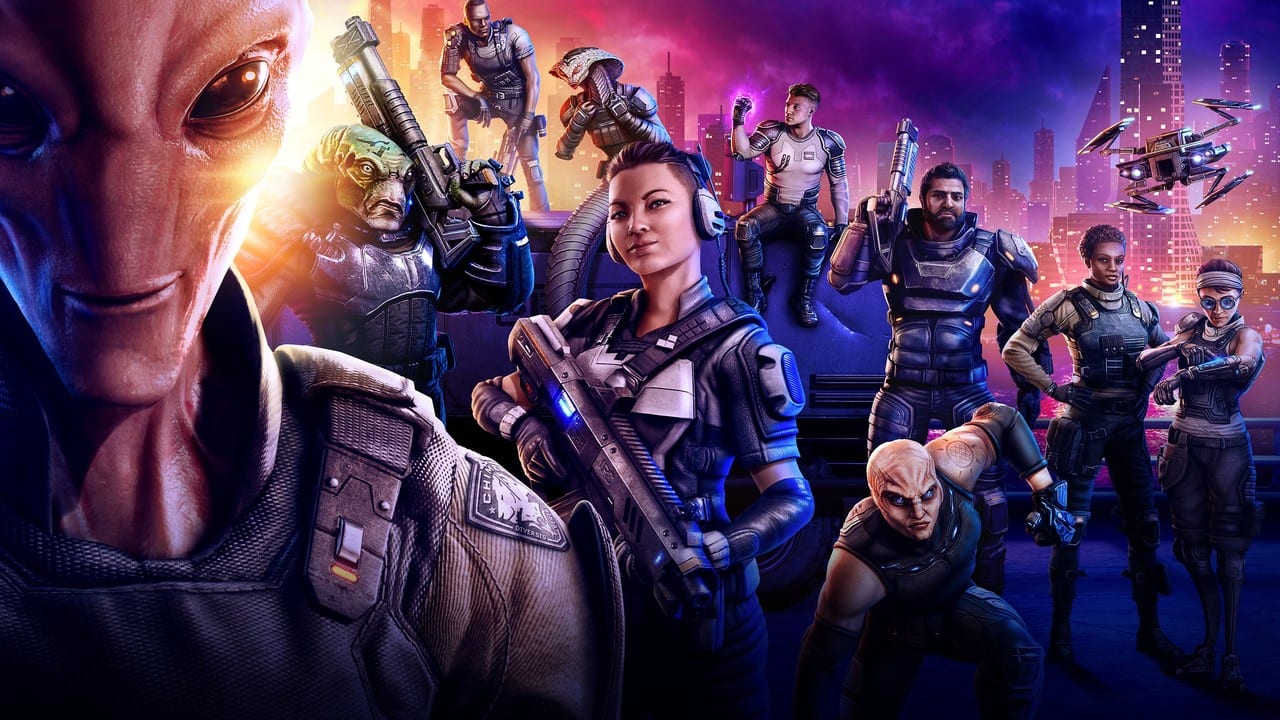 XCOM: Chimera Squad is, true to its mythological namesake, an amalgam of some of the best concepts and mechanics from throughout the series long history. It is a distillation of the moments that makes these games so addictive, but in doing so removes some of the depth that made those moments so memorable in the first place.

This is an XCOM game on a far smaller scale; the stakes are tiny in comparison to the mainline games, and as a result, there is less for you as a player to do overall. Taking place five years after the events of XCOM 2: War of the Chosen, you command a futuristic SWAT team of humans, aliens, and hybrids that have been deployed to City 31 in an attempt to quell mounting racial tensions between the various species that call it home.

It’s a far cry from the last stand of humanity in XCOM, or the desperate guerilla warfare of XCOM 2. At the same time, thanks to its zoomed-in perspective, Chimera Squad is able to tell a far more intimate story, and each member of your team has a distinct personality, in addition to unique skills and completely different playstyles.

The agents that comprise Chimera Squad are likable and well written and each has an important role to play on the battlefield, and in between missions they trade their best cop quips with each other. They all have extensive biographies you can read up on, and coupled with the games arresting comic-style cutscenes, make these characters distinct and memorable.

Like other games in the series, gameplay takes place in two stages: the strategic layer, where you assign your agents tasks and can monitor the city as a whole, and the tactical turn-based combat encounters, where you lead a squad against the various forces of ne’er-do-well’s seeking to disturb the peace.

The strategic layer has been stripped back, and while there are engaging elements to managing your response to the various crisis plaguing City 31, this aspect of the game is less satisfying than the Geoscape of previous iterations. The city is divided into districts, and much like the continents of the mainline games, operating in one area causes unrest to rise in others. Having the entire city fall to anarchy means game over, and keeping the peace is quite challenging, even on the game’s normal difficulty.

You can research new technologies, buy equipment, have squad members undergo special training or dispatch them on temporary assignments, and of course deploy a team to each encounter. It’s serviceable enough, but it really isn’t the focus here, and I found that I really missed the base-building mini-game of earlier titles and the depth it added. Some players might appreciate that you spend more time in battle, but I would have preferred a more equitable split.

Combat, too, has been streamlined, but not in the context of your squad’s abilities. Rather, the layout of the levels themselves are fairly straight forward and are far smaller. This isn’t necessarily a bad thing, as it makes encounters close quarters and bloody. Taking a full squad of shotgun-armed Ranger’s in XCOM 2 is ill-advised, but in Chimera Squad it is far more viable, and maybe even optimal.

Each encounter starts with a Breach, which has your squad burst onto the scene in dramatic fashion; abseiling in through skylights or blasting holes in walls with explosives. Time slows, and your squad gets a full turn in which you mow down as many bad guys as you can, but there are always more than you can clear. It’s pretty awesome, and even though some longer missions can require breaching multiple rooms in succession, tactically taking down high-priority targets in glorious slow motion is very rewarding.

As your agents gain experience and level up, they earn new abilities that allow them to operate more effectively in the field, and there is even a variety of different skills that only work during a Breach. These abilities differ wildly from agent to agent, and mixing and matching them in different combinations is where a lot of the tactical depth lies.

Verge can use his psionic powers to Lift an enemy out of cover, and Blueblood can fire multiple times with his dual pistols while they are exposed. Torque is able to Bind an enemy in place to prevent them from escaping, while Axiom can use his massive fists to pound them into mush. There are 11 agents in total, and each has seven unique abilities (although you can only earn five in a single playthrough), which means there is a dizzying array of options, and learning how to make the most of them is key to overcoming the odds stacked against you.

A single playthrough will take you around 20 hours, which is about half a traditional XCOM campaign, but that’s kind of the point here. Chimera Squad is a more focused experience, and it doesn’t overstay its welcome, but that focus is something of a double-edged sword. While the strategic layer feels a little bit thin, the tactical encounters feel better than ever with the addition of Breach, and the sheer variety of play offered by the varied squad members themselves.

It’s worth noting that Chimera Squad is $30 game (and was further discounted by 50% if you purchased it the week before or after launch), and for that price, this game is an absolute steal. It runs far better than the mainline games and looks and sounds incredible. This is in no way a budget title, and while it is smaller in scale, it is easily the most polished game in the series, and I hope that Firaxis supports it with a War of the Chosen style expansion, because I would gladly jump back in.

XCOM: Chimera Squad is a worthwhile and rewarding experience that takes the essential elements of the series and puts them under a microscope. In doing so, Firaxis has put a fresh new spin on a genre they were already responsible for revolutionizing.