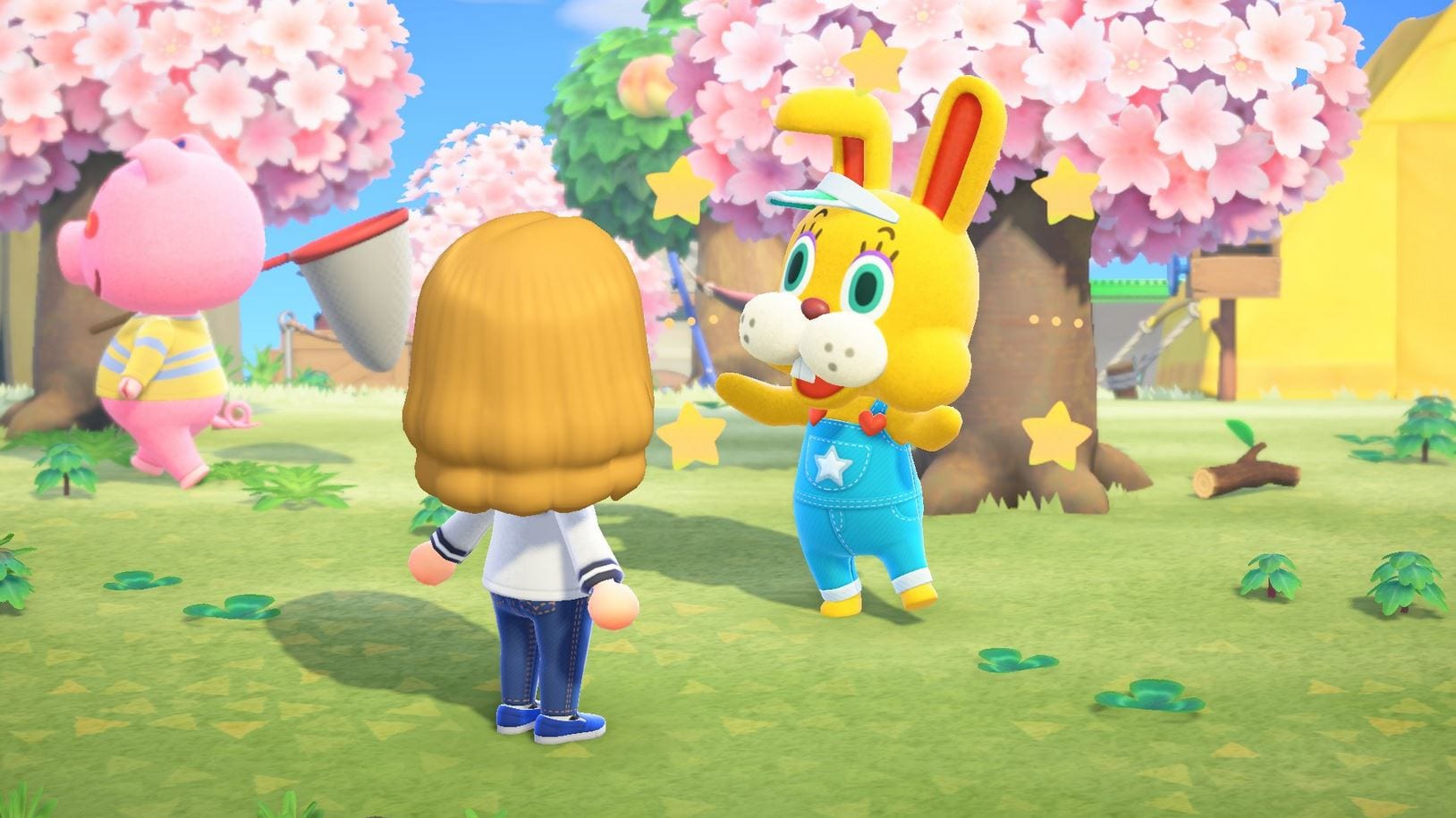 Animal Crossing: New Horizons has been a bit of a smash-hit since its release on March 20. Twitter feeds have been filled with players showing off their newly-developed deserted islands, their enormous mansions, and the insane hauls of Bells they’ve earned from playing the Stalk Market (turnip selling for those out of the know). All seemed right in the world where an entrepreneurial raccoon keeps you in constant, debilitating debt. Then along came New Horizons’ Bunny Day.

Bunny Day is New Horizons’ Easter Event. It’s nothing new to this entry in the series, with previous titles offering up their own special way to celebrate Easter Sunday. In New Horizons’ Bunny Day, however, things have changed.

The premise is simple, Zipper the Bunny has arrived in your town and so have six different types of eggs. Some can be dug up, others fished out of water, some shaken out of trees, shot out of the air with your slingshot, and buried up with your shovel. In other words, just about any activity or ‘chore’ you’d do in New Horizons now has the chance of dropping an egg.

These different types of eggs can then be used as crafting materials to make special Egg-themed furniture, the recipes for which are distributed in batches periodically throughout the Bunny Day events’ 12-day duration. Zipper himself may give you some, others are obtained via message bottles on the beach, and your villagers will hand you some, too.

Craft all of these DIY Recipes with the abundance of eggs that you’ve got, and Zipper will give you some sort of reward. It all sounds great, but the issue is it really, really isn’t.

Let’s start with the gameplay loop at the heart of Bunny Day here. It’s really quite dull and uninspired. Sure, eggs are obtained in various different ways, but it’s still more or less a fetch quest. The problem is, where Gulliver and Wisps’ fetch quests can largely be ignored and forgotten about if you just don’t interact with the character or avoid their collectibles altogether, Bunny Day’s eggs cannot be avoided.

Want to do a spot of fishing? I hope you’re happy to have your inventory filled with plenty of Water Eggs. Looking for those fresh fossil spawns each day? You’re gonna have to explore for even longer because of the new Ground Eggs hiding with that telltale X mark on the ground. Need some wood or other materials to craft… have some eggs. Shoot down prese… EGGS! Reddit’s THE_DOW_JONES summed it up best with the image below.

Even if you’re fine with New Horizons’ gameplay being dominated by a largely dull collect-a-thon for the next 12 days, the next step is hardly inspiring. The crafting recipes I’ve grabbed so far for seasonal Egg-themed furniture have seldom required anything other than eggs. Granted, it’s got to be accessible for all, but throwing in the occasional curveball crafting material would at least help to spice things up.

It’s not just the fact that the gameplay loop in and of itself is repetitive and dull, but the fact that it starts to prevent you from taking part, or at least succeeding in other activities going on on your island.

The most notable instance of this are any fishing competitions or challenges that are going on. Some challenges, like those that CJ gives you, task you with catching fish back-to-back without letting one get away.

The problem is, catching an egg with your fishing rod will break your streak. With somehow no way of being able to tell whether one of those fish-shaped shadows is a fish or an egg (a completely different shape), your success in completing these challenges falls down completely to RNG and luck.

The addition of these festive eggs just feels a little too much at the moment. Whether Nintendo opts to scale back their spawn rate in a patch remains to be seen, but right now rather than enjoying Bunny Day, I’m left counting down the days until it’s finally over.

I don’t want to be that guy who complains about a fun, new event taking place in New Horizons, but it also comes across as if it hasn’t been thought-out in enough detail to ensure it doesn’t hinder the general gameplay for those not interested in the festivities. Let’s hope the Halloween and Christmas events later in the year don’t go down the same, boring path.